What is a parent to do when their middle school-aged daughter, who’s not been protected by her school principal and administration from boys who’ve bullied and sexually harassed her throughout the school year, bursts into tears on the way to school one morning and makes a comment to the effect of, “I don’t want to go to school…if I wasn’t so strong, I probably would have committed suicide by now”?

Christina Tinsley, a mother in Orange County, California, said she went into “Mama Bear” mode when that exact scenario took place and decided it was time for her to confront her daughter’s bullies personally. Tinsley’s daughter had reported the bullying to school officials, and the main instigator was suspended last Friday. Unfortunately, the other student’s suspension only worsened the bullying aimed at her daughter.

Knowing of multiple instances of young teens who’ve committed suicide after enduring ongoing bullying, and not wanting to lose her daughter, Tinsley showed up at the school Tuesday to warn the boys to stop bullying her daughter.

She’s pretty enraged, but who can blame her? One student recorded the “rant,” which another mother shared publicly on her Facebook page.

“She’s a girl. Y’all are boys, okay? If y’all bully my daughter, if you look at her the wrong way, if you breathe the wrong way, send your mom to me. Sisters, aunts, anybody over 18, I’ll f— them all up. Do you understand me?

“Leave my daughter alone. And I’m not gonna say it again. If I have to go to every class, I’ll do that. I’m telling you right now, any mom, any sister, can catch these hands. Y’all need to leave her alone. I mean, no messages online, don’t post nothing about her. None of that. None of that.

“Y’all think y’all bullies? I’m a big bully, okay. Let that be known and understand that. Leave my daughter alone, and I mean it. And If I have to come up here again, there will be a problem.

“She’s a girl. She can’t handle that. Y’all are boys. If y’all were girls I’d tell her to meet you after school and handle it outside…but since you guys are boys and she can’t do anything, tell your aunts, and cousins, whoever, as long as you’re over 18, we can handle it any day. Do you understand that?

“Leave this girl alone…we don’t play that. You’re gonna leave her alone, and I mean it.”

Tinsley also handed out “Free a** Kicking” coupons to the students, but was careful to state that the holder “Must be 18 or older to redeem.”

The classroom teacher called the principal, Tinsley was escorted off campus, and was banned from campus for the rest of the year.

“I think that sometimes when you’ve done everything you can do the way you’re supposed to do it, and it hasn’t been resolved, then sometimes as a parent … you have to decide if you’re going to go a step further and deal with any consequences.”

It used to be that parents could advise their children to deal with bullies on the playground, promising them that once they stood up for themselves the bullies would stop. If the bullies didn’t stop, parents would take it up with the parents of the bullies and straighten out the situation. That was a different time, though, a time in which parents understood that their children weren’t angels all of the time and wanted to ensure that they weren’t raising a**holes.

Then, schools implemented “zero tolerance” policies that punished students who stood up for themselves. Parents started worshiping their children as demigods, always believing that their child was in the right. Now social media, which allows adolescents to gang up anonymously against kids they perceive as weak or different and tease them mercilessly, has been added to the equation.

The result is a public school system in which the bullies have nothing to keep them in check, and the people who should be responsible for stopping it – the school administrators and the parents of the bullies – point fingers at each other, or at the teachers, or at the other students.

ABC7 interviewed one parent, Shirley, who wouldn’t allow her last name to be used or to have her face on camera but still felt free to judge Tinsley’s actions:

“I definitely feel for the parents, but I don’t believe that she went about it the right way. It threatens the school, it threatened the other kids.”

But does she “feel” for Tinsley’s daughter?

Meanwhile, parents whose kids are bullied are told to just report what’s happening and to let the school handle it. What are those parents supposed to do when, as happens more often than not, nothing happens to change the situation? When their repeated complaints are met with, “Well, I don’t know what we can do about what’s being said online”?

The principal at Niguel Hills Middle School was quoted in the CBS Los Angeles story as saying he would be visiting the classrooms Wednesday, the day after Ms. Tinsley’s rant. Where was he before that? Why wasn’t *he* the one standing in front of the classroom demanding that the bullying stop and promising consequences like, I don’t know, barring any students engaging in any type of bullying – either online or at school – from end of year activities like graduation or suspending them from participating in extracurricular activities?

At some point, the adults in charge of disciplining students need to step up and actually discipline them, or they can expect more enraged parents showing up on their campuses. 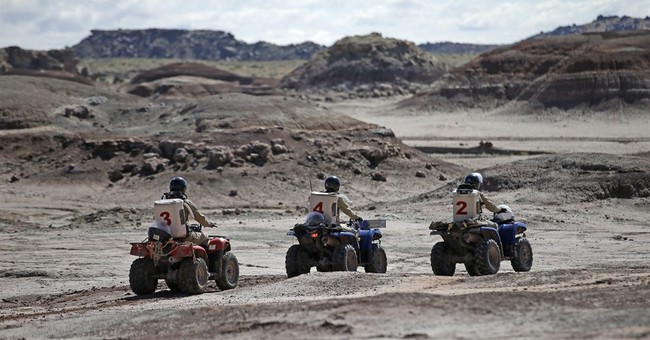