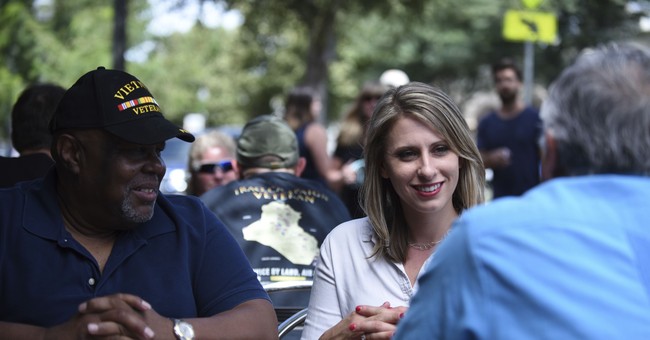 In this August 2018 photo provided by the Katie Hill Campaign, Katie Hill, center, who is running for a seat in congress meets with longtime supporter Harry Reed, right, and small business owner and Navy veteran. Hill is promising to end politics as usual in a district that cuts through suburbs and high desert in northern Los Angeles County. (Ben Steinberger/Katie Hill Campaign via AP)

Over the weekend, Page Six reported that former Rep. Katie Hill (D-CA) was dating Playboy’s DC correspondent, Alex Thomas. Monday morning that story was somewhat confirmed in a New York Magazine profile of Hill in which she said that she started dating Thomas in the summer of 2019 but that she now has a girlfriend. (There was no mention of if or when Hill and Thomas stopped dating, but Thomas told Page Six that the two attended a book party a few weeks ago as “just friends.”)

According to the NY Mag piece, Hill and Thomas had been dating for about four months when RedState broke the story in October that Hill had been involved in a two-year “throuple” relationship with a campaign staffer and her now-estranged husband Kenny Heslep that the staffer characterized as “toxic,” and that, according to Heslep and Hill’s campaign videographer, Hill was engaged in a concurrent sexual relationship with her Legislative Director.

Journalists and politicians end up dating or married to each other, on both sides of the aisle. There’s nothing wrong with that. But, it’s wrong – and unethical – to cover the politician with whom you’re in an intimate relationship and not disclose that fact to people you’re interviewing for said story.

It’s unethical to “look to write a piece” whose sole purpose is to discredit and smear a fellow journalist who published (true) stories that can negatively impact your partner’s career, whether or not you disclose your conflict of interest.

It’s unethical to threaten to publish untrue inflammatory information about someone’s former colleagues, friends, or family as a way to intimidate a fellow journalist.

It’s unethical and, depending on the jurisdiction, illegal to record then post on social media an off-the-record conversation with someone you’re targeting in a hit piece.

As RedState’s Joe Cunningham covered over the weekend, Alex Thomas was one of Katie Hill’s top defenders after the stories about sexual harassment broke. In multiple tweet storms and in his weekly newsletter, he perpetuated a conspiracy theory about the photos involving the NRCC, RedState, local talk radio host Joe Messina, and George Papaodopoulos. From the newsletter:

“now, we’ve got something really, really, really dirty but follow along. As the Katie Hill story unfolded over the past week, I began to hear whispers that the nude images of Hill were coming from inside the National Republican Congressional Committee — a pair of sources with knowledge of the NRCC said that they allegedly knew about the images before the first stories ran. I was given a name of the NRCC’s contact who had shopped the nude photos of the congresswoman to the Republicans’ powerhouse fundraising arm — right-wing radio host Joe Messina in California’s 25th district.”

Days prior to posting his newsletter on Friday, November 1, Thomas emailed RedState asking for comment on a number of false and/or irrelevant assertions he was planning to include in the “piece” he was “looking to do…on the Katie Hill story,” but mentioned nothing about an alleged conspiracy to publish the photos.

On Sunday, October 27, he sent the following email to a member of our editorial team. This is Alex Thomas, I’m the Washington correspondent for Playboy. I’m looking at doing a piece on the Katie Hill story and wondering if I can get a comment.

Among other things, the story will say

-RedState reporter Miranda Morales, who first began working on this story, is a fraudulent identity. I don’t plan to name anybody behind the identity.
-Van Laar worked as the campaign manager for Suzette Valladares, who until recently was running against Hill.
-Van Laar’s former “business partner” is [redacted], who was arrested for trafficking child pornography and plead no contest. The story will also say that Van Laar and [redacted] hosted a podcast together.

You can call me at [redacted].

He also didn’t mention his relationship with Hill in the email, sent just three days after Thomas told NY Mag he found Hill in her bathtub “after [she] tried to kill [herself].” RedState did not reply to Thomas’ email.

All of the assertions in his email are false, but the third one is especially inexcusable. Even assuming for sake of argument that it were true, there is no plausible journalistic value in including it in a story about Hill’s downfall. Knowing that Thomas was dating Hill at the time puts a completely different spin on it.

A few hours after Thomas sent the email, he posted a tweet thread (now deleted, but we have the screenshots) about “a guy” calling him to scare him off the story and posting audio of the call.

The second tweet says “Jesus Christ” and contains the audio. The next tweets say:

“I’m a dumb, hard-headed former college wrestler. You literally couldn’t pick somebody worse to try to intimidate. And now I’m pissed off.”

Later in the day he quote-tweets his earlier tweet and comments:

“Calling me and trying to scare me off a story is a pretty damn good way to ensure that I write the story.” A few hours later he was still tweeting about it, which now makes sense given his romantic relationship. In these tweets he admits that the audio he posted earlier was about the Katie Hill story.

“what happened to Katie Hill is the most disgusting thing I’ve ever seen. the story I was working on today, the one that a goon called me and tried to scare me off was about how this happened to her. I’m confident that the story will come out.”

“goons calling reporters and trying to scare us off stories is how we know we’re on to a good one.”

[In a quote tweet of his “Jesus Christ” tweet containing an audio file]”Here’s the audio where that goon tried to tell me our call was OTR.”

As of this writing Thomas’ blatant disregard for journalistic ethics hasn’t been called out by the liberal clique media. For contrast, here’s what Media Matters had to say about RedState’s reporting on Hill:

The saga that led to this week’s resignation by Rep. Katie Hill (D-CA) put on full display the vicious, unethical tactics right-wing media figures are willing to utilize to undermine their enemies. It was a test balloon for a new set of media norms, and it should serve as a warning sign of where political media might be headed….

“Fairness, I’d imagine, wasn’t something Van Laar was concerned about.

“But there’s no low that right-wing media won’t sink to in order to get their way.
“Van Laar may role-play as a journalist, but she’s not. Defenses of her role in Hill’s story have hinged on the idea that her work was  legitimate journalism when it was really little more than a coordinated hit job designed to destroy Hill on a professional and personal level.”

Any objective reader of liberal clique media can contrast what’s been said about RedState’s coverage of Hill’s unethical and illegal sexual relationships with her staffers with the non-existent criticism of Thomas’ white-knighting (under the guise of journalism) for his girlfriend and understand that there is one standard demanded of conservative media and a nonexistent standard for members of their own clique. 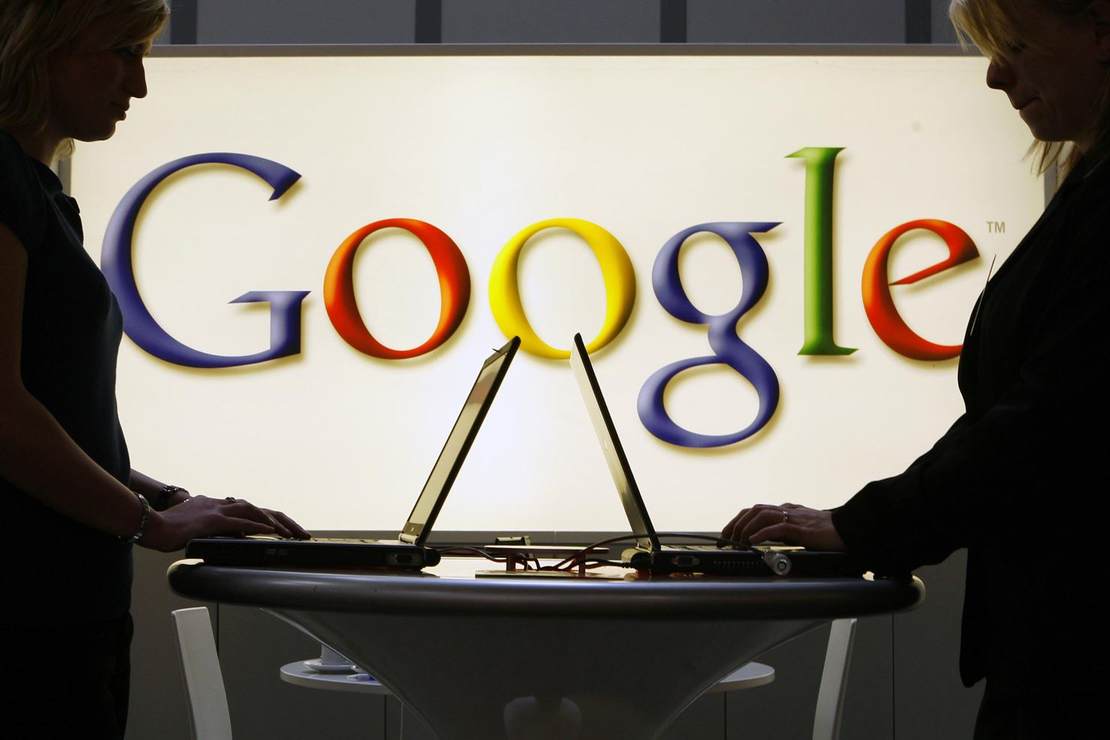