A partnership between General Motors and Uzbekistan was nominated as a finalist for a State Department award. Then Secretary of State Clinton traveled to Uzbekistan to announce it back in 2011, about a year after GM donated more than half a million dollars worth of vehicles to the Clinton foundation. Now the GM Uzbekistan partnership is mired in scandal.

Prosecutors investigating alleged fraud, money laundering, and embezzlement by the leadership of the GM Uzbekistan car factory have extended their investigation to all business partners of GM Uzbekistan that delivered spare parts or provided other services to the company. Ulughbek Rozikulov, an Uzbek deputy prime minister who also chairs a domestic automobile-industry association, was also questioned by prosecutors, and a number of senior GM Uzbekistan executives (including the GM Uzbekistan director-general) remain in detention. The factory has suspended production while the investigation continues.

During her visit in 2011, then Secretary Clinton announced a $20,000 prize which would be awarded to 8 Uzbek entrepreneurs to develop new technologies which they would present to Silicon Valley investors. Afterward she announced GM Uzbekistan’s status as a finalist for The State Department Award for Corporate Excellence.

This is a fitting place to launch this prize because Uzbekistan has a proud history of science and innovation. Many noble scientists and scholars were born and worked in this region, even the father of algebra, and your young people are full of talent and energy. Entrepreneurship is a core value for my country, and we want to encourage it here in Uzbekistan. We believe in order to take even a greater advantage of the global marketplace, Uzbekistan needs to continue its reforms in rule of law, democracy, and human rights. And I’d like to congratulate GM Uzbekistan on being named a finalist for the State Department’s 2011 Award for Corporate Excellence.

There doesn’t appear to be any direct connection between the scandal and Hillary Clinton but it does raise the question of whether the State Department performed its due diligence before honoring the GM operation in Uzbekistan.

Peter Flaherty, president of the National Legal and Policy Center, told Fox News that this is evidence of Hillary Clinton’s poor judgement.

“This episode is another example for the Clintons of how, if you do business with them, they will do something for you,” Flaherty told FoxNews.com. “Any enterprise in Uzbekistan is going to be suspect. It is notoriously corrupt, and the government dominates everything. A company there seems like an unlikely nominee for a corporate excellence award.”

Maybe not so unlikely if foundation donors came up with the right amount of money. 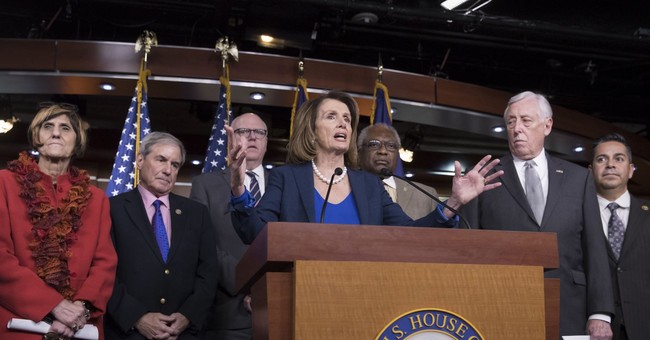 Pelosi Taps Clyburn to Lead House Select Committee, After He Admitted Dems Can Use Relief Package to Further Agenda