According to Katrina Pierson, slavery is “good history” that somehow shows how great America is.

Talking head segments on cable news are normally pretty inane. The host poses a question and then Democrat and Republican “strategists” proceed to contradict each other. (The term “strategist” seems to mean anyone who ever thought about maybe doing some kind of job for a political campaign somewhere at some time.)

Katrina Pierson has been one of the more blindly loyal Trump surrogates you’ll see pop up on TV, and during a segment on Fox News she perfectly demonstrated how unconditionally supporting or rejecting a proposition out of pure partisanship can make you look really stupid.

Rep. @NancyPelosi calls for Confederate statues to be removed from the Capitol. @WendyOsefo + @KatrinaPierson debate on @foxandfriends. pic.twitter.com/1Rlq6TGDLv

Pierson begins with a decent point about Nancy Pelosi’s decision that the Confederate statues in the Capitol where she has been ensconced for decades suddenly need to go. Obviously Pelosi is a political opportunist and a hypocrite, but that alone isn’t an argument for the necessity of keeping Confederate monuments. Pierson’s comments then devolve into an incoherent mishmash.

“…suddenly Nancy Pelosi wants to actually help these anarchists and these violent protestors tear down pieces of America, American culture, and American history. The only place that that’s being done right now is by ISIS and I really don’t think that you should have leaders actually encouraging people to do these types of things because Americans actually love their history, their culture, good and bad, because it helps them learn and it helps keep people educated about why America is so great to begin with.”

Attempting to arbitrarily wedge a divisive comparison to ISIS into her comments seemed to derail what little logic she was trying to employ. What does ISIS even have to do with this question? Bad culture is what strips Americans of a respect for human life and it should be defeated, not loved. Bad history should be acknowledged but who “loves” that Americans once treated human beings like cattle? Pierson is flailing here.

Pierson’s debate opponent Wendy Osefo suggested that Confederate figures and the history they represent don’t deserve a place of honor.   Then Pierson actually attempted to argue that slavery is a good part of American history.

“It absolutely deserves a place,” Pierson interjected, “because bad history is still good history for this country.”

“Absolutely,” Pierson responded. “Where would we be today if not for that Civil War? How would people know how special and wonderful this country is?”

That turned the discussion into a food fight as you’d probably expect it to.

As much as some people on the Right want it to be true, the removal of a confederate monument from a place of honor does not erase history or damage anyone’s culture. When the government starts burning books or outlawing ownership of Confederate relics, we can revisit that claim. For now, it’s nonsense. The arguments for keeping such monuments in places of honor are deeply rooted in the now popular—and frankly stupid—practice of deciding what is good based entirely on who it angers.

We really need to take a hard look at how and when all these Confederate monuments came to be in the first place. It makes no sense for a nation to honor or celebrate those who took up arms against it but it is abhorrent to preserve monuments that were put up as direct defiance to the outcome of the Civil War. I’m in no way supporting the vandalism or vigilanteism taking place but I reject the notion that anyone’s “southern heritage” requires us to publicly venerate symbols of division and rebellion.

As well it should be, defending the Confederacy and slavery is a losing issue for the Right—doubly so if people like Katrina Pierson are making the arguments. 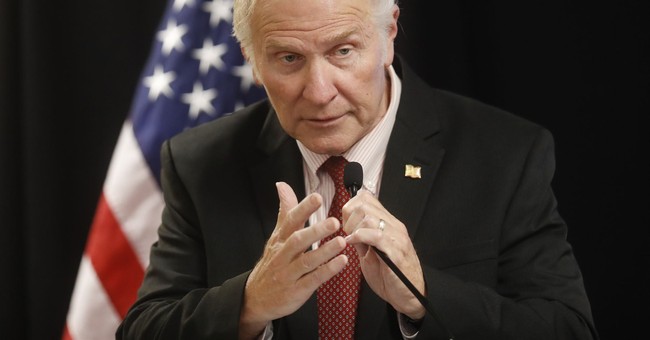