How Long Must We Wait Before Trump’s Administration Starts Paying Attention To Education Reform?

Probably one of my biggest disappointments with the Trump Administration is the total lack of meaningful efforts at curbing the influence of teachers unions and the development of an actual plan when it comes to shifting focus away from the traditional model of public education and looking at working alternative models in order to provide open up opportunities for American students.

Currently, there is no group of people that favors the status quo like teachers unions. They prefer that more government money is poured into institutions that have not produced meaningful growth in decades because it financially benefits them. More public education dollars means more dues that can come in and line their pockets. So, when it comes to anything that even looks like it could possibly change that, even just barely, the unions send out their spokespeople and their members to about it down.

But these same people refuse to accept any sort of challenge to their authority as educators. Any implementation of “standards”, any new process of evaluation, any decision to change educational focus is met with resistance. There is no desire among the general population of teachers to find and implement changes.

The most successful ones out there, though, are the ones who grow and adapt. But they aren’t the ones who get to voice their opinions about the politics of education, are they? How many anti-school-choice advocates are also noted for their innovations in the classroom?

Not very many, and largely because the most successful teachers out there are the ones who innovate in ways that create opportunities for students despite the public education system, not because of it.

The Trump Administration’s Department of Education has done a few notable things in terms of undoing what Obama’s did, but there is nothing they’ve done to improve the American education system in a meaningful way. Of course, several people might possibly argue that it is actually better that the federal government doesn’t do a whole lot with public education. On a certain level, I get that. However, while the Department of Education exists, it has the opportunity under a Republican administration to do some real, meaningful good.

For one thing, it can finally start addressing the nation’s rather stupid dependence on standardized testing. Some of you who are paying attention are probably thinking “But Joe, don’t you usually endorse education standards?” And, yes, I do and I’m glad you pay attention. You’re who keeps me going.

However, just because we have standards – which are really just nothing more than a list of what a student needs to know by the end of a school year – doesn’t mean we have to have standardized tests. In fact, testing is about the most useless way to see what a student can accomplish, because it’s about recitation of facts or performing a task in the preferred way.

But, you can assess students through performance-based tasks that don’t require you to memorize how to do something. You can give them a project that incorporates what they need to know into a creative outlet that measures what they can and can’t do. Not only that, but you can have a group of teachers who specialize in a content area help you design those tasks so that they are at a certain level “standardized” but don’t require all students to do the same thing. That’s how you get assembly line schools that don’t produce individuals.

The Department of Education can also start really start working on offering choice to students and parents, and particularly those in the black community who otherwise don’t have the ability to move their child from a place that doesn’t meet their needs to a place that does. I’m not a fan of school vouchers*, but even those are preferable to the system we have now. However, promoting systems that divide schools into career-oriented academies rather than the traditional grade school model. We can push for local districts to prepare and produce systems that focus on career education without dumbing kids down and making them think they aren’t good enough to go to a four year school.

This needs to start out as guidance from the top, though. It radio silence from Betsy DeVos and her Department of Education doesn’t fix the myriad problems we have. It only makes the situation worse.

*My problem with school vouchers is that I don’t trust the government to give out money and not make use of their hands being in a private school’s piggy banks. 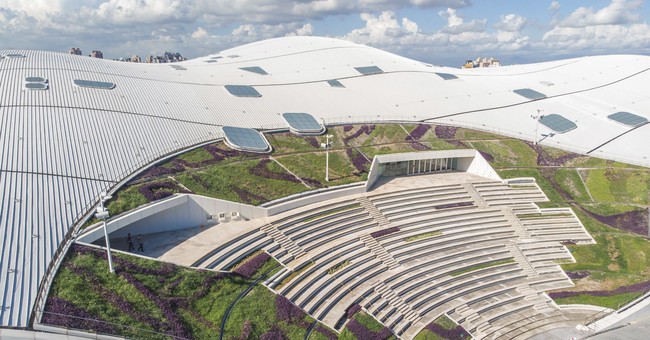