Jim Acosta is in love with himself, and the American people know it. Nearly every time he has been before the cameras while asking Press Secretary Sarah Sanders or President Trump a question, he makes it all about him.

CNN’s former “ace” White House reporter is a loud, selfish, domineering individual who doesn’t treat others with much respect at all. Most recently, he dominated an encounter with the president and refused to give up the microphone to a female staffer. But let’s be clear about one major thing: Jim Acosta did not shove or physically assault the woman as many on the Right have claimed. Facts are important and the video clearly indicates otherwise. It’s not the Zapruder film, people. Time to move on.

With all that being said, I do believe the White House should reinstate Acosta’s access and include him in the press pool yet again.

Here are three reasons why.

Back in July, CNN reporter Kaitlan Collins was banned from a press event that others in the White House press pool were allowed to attend. The reason? Purely retaliatory in nature. She had shouted questions to the president that concerned Michael Cohen, Vladimir Putin, etc. Was it right for her to be banned from the event? No. Any administration should shy away from that kind of response to grievance.

As I wrote at Washington Examiner, this is a bad precedent to set. The Right so often fails to look at the big picture. What we/they allow now will most assuredly come back to bite us.

The main reason, of course, has to do with supporting the press in general and their free and open access to any administration. They have a duty to supply information to the public, and their role is a critical one. In turn, the public has the freedom to choose which outlets they would like to frequent to obtain information. Cutting off access to a reporter based on some sort of personal grievance is not a positive development and should never be supported.

Those of us on the Right have been outraged when similar crackdowns or targeting happened in the past. We should also have a problem now when a Republican president holds the reins of power. Otherwise, it is nothing but blinding inconsistency.

If we demand that the other side act a certain way once they regain power (and they will at some point), then we must set the standard. It’s a difficult thing for some whose entire existence centers around the superficial mission of “owning the Libs”, but it must be done.

When President Trump is at the White House and the reporters are assembled before him, he is in control. Regardless of the questions they ask, he has the ultimate say. Even when someone like Jim Acosta seeks to control the conversation, and even refuses to give up the microphone, it isn’t Trump who looks bad.

Why would President Trump want to give up these unique opportunities?

Jim Acosta longs to set off Donald Trump with his line of questioning and behavior. He wants to push the buttons of the 45th president because he knows it will get his name in the headlines and his soundbites on replay. This is evident to everyone. Instead of getting rid of Acosta, the president should work off of him and use him as a catalyst from which to display his most characteristic leadership qualities.

Which brings me to my third point.

Admit it, Right-Leaning America. You Hate the Press and Love the Fireworks

One reason that Donald Trump was elected was his ability to entertain. We saw it on the campaign trail, during debates, and in interviews. No one can mistake him for having extensive knowledge of the issues. Americans of all stripes tuned in because we knew Donald Trump would say something shocking. He was, and continues to be, a politician the likes of which we’ve never seen before. And no, that’s quite often not a good thing.

But Right-leaning Americans love this aspect of the president’s personality. They crave it. The MAGA crowd wants the fireworks, not the subdued normalcy of presidents past.

In addition, too many American now view the press as the “true enemy of the American people.” This is unfortunate, but most of all, it is incorrect. They may be biased and all are (CNN, Fox, etc), but they are not our enemy. We have actual foes and there is actual evil, as Ambassador Nikki Haley recently reminded us. It is not assembled around a cable news roundtable. And it is not Jim Acosta.

I won’t hold my breath as I wait to see if the White House will reinstate Jim Acosta’s press credentials. CNN just issued suit, but that may not spur any reconsideration. Yes, I want members of the press pool to treat the president with respect. I would want them to do that same no matter who is in the office. Should reporters be able to get away with anything? Of course not.

However, the reasons mentioned above not only consider the actual freedoms granted to the press but really give President Trump the upper hand.

So, why not invite Acosta back?

If You Gave the Internet Control of Politics Today, You Wouldn't See a Difference 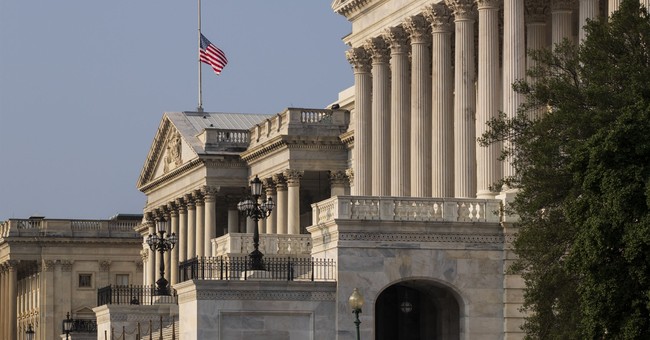 'Put THAT on the news!' Gun-grabbing 'Gov. Ralph Northam' made a surprise appearance at Richmond gun rights rally [video]