If you watch one thing this week, watch Leah Remini’s “Scientology and the Aftermath” on A&E.

Leah Remini is a veteran Hollywood actress. Some people know her as Jennifer Lopez’ best friend, but most will know her as ‘Carrie’ from the popular CBS sitcom “King of Queens.”

Most recently Remini has been in the spotlight for her dramatic separation from the Church of Scientology (COS) after being a member in good standing nearly her entire life. The former “Cheers” actress isn’t the first celebrity to disavow the L. Ron Hubbard cult.

Writer/director Paul Haggis (Million Dollar Baby, Crash) wrote a scathing “break-up” letter to the COS in 2009. With two lesbian daughters, Haggis felt he could no longer tolerate the COS’ well-known anti-gay stance.

Actor Jason Beghe (Chicago P.D.) has also been active in exposing COS abuses and was featured heavily in the riveting HBO Scientology documentary, “Going Clear.”

However, to an organization that thrives on celebrity membership and support,  Remini might be the most significant defector in decades…maybe even ever.

While attending the wedding of Tom Cruise and Katy Holmes in 2007 in Paris, Remini made the innocent mistake of inquiring where the wife of church head David Miscavige was and why she hadn’t attended (Shelly Miscavige has not been seen publicly in over a decade). She was immediately shamed and scolded for asking and told the leader’s wife was none of her business. That was the beginning of the end of the actress’s allegiance to scientology. It was then that she knew this wasn’t normal.

After a tabloid circus and a book deal, Remini is going where no other celebrity defector has gone before. In her 8-part reality show on A&E she chronicles her life in the church and shares the stories of other escapees who suffered from abuse, theft and brainwashing. Along the way she recruits former senior executive of COS, Mike Rinder. Rinder was also prominently featured in the HBO documentary (if you haven’t seen it yet, you must) and has dedicated his life to dismantling the organization he once believed in so completely.

In the first episode titled “Disconnection”, Remini outlines her life in the cult and takes the viewer to meet former COS executive director Amy Scobee. Amy talks about the devastating policy of “disconnection”, where church members are ordered to cut off all contact from any family members who do not espouse church beliefs. When Amy escaped the church, her mother (whom she was very close to) was still a member. Amy’s harrowing tale of her slow enlightenment, escape and reconciliation with a father she had disconnected from 27 years earlier is deeply emotional. The secret she reveals about an incident that happened to her as a teenage Scientology volunteer is both tragic and enraging. Even decades later, as she talks about the abuse she suffered there is still an air of “I did something to deserve this” about her confession. That is how deep the brainwashing of cult members can go.

Scobee also details how she signed a billion year contract in order to join Scientology’s elite navy-like Sea Org and describes the horrific reeducation camp that any member who stepped out of line was forced into. At one time Scobee was also in charge of the Celebrity Center workings and it was her job to make sure celebrity members like Tom Cruise had every single role in his life filled by an approved scientologist, right down to the cook and the maids.

Remini – with Rinder beside her – lays out a plan for seeking out other disillusioned COS members and escapees. The remaining 7 episodes – including the latest “Fair Game” – seem designed to familiarize the viewer with the inner-workings of COS as well as exposing the often horrifying abuse of its members.

COS has enjoyed tax-exempt status as a “religious” group for quite sometime. With the rise of the internet more and more people have become aware over the years of the insidious, ridiculous nature of this so-called “church”. There is no way this fraud of an organization should still be cheating Americans out of billions in tax revenue, but since they won that battle they have become a massively influential group with large cash reserves and billions of dollars in prime real estate holdings across the planet.

Remini’s docu-series – aided by its brilliant predecessor on HBO  -threatens to expose the COS in a way that has never been done before. Not only is Remini’s testimony as a former fanatical follower enthralling but as someone who has been in the homes of Americans for years as a lovable and favorite sitcom character she comes off as eminently trustworthy and entertaining to boot.

While Rinder is the bare-bones, no-nonsense strong-arm in the series, Remini is passionate, expressive and witty. As the viewer you simply can’t take your eyes off of her as she describes the life of and consequences of being a COS member in terms anyone can understand.

The COS is of course, extremely litigious and A&E has obviously covered all of their legal bases, airing multiple disclaimers throughout the broadcast and even publishing the letters COS sent regarding every “suppressive person” featured in the series. If Remini hadn’t already exposed the depth of the damage the COS does to lives, they would be almost hilarious.

This is one show you should watching. It is riveting, chilling and deeply emotional. This might be one of the best reality shows on television right now. Adding to the drama and thrill is knowing that you’re not just watching just another reality show…you might well be watching the beginning of the end for one of the biggest scams in religious history.

As Ms. Remini says to the COS (after they sent a very nasty letter demanding no one watch her show),”When you stop f***ing with people’s lives and families, I’ll stop too.” 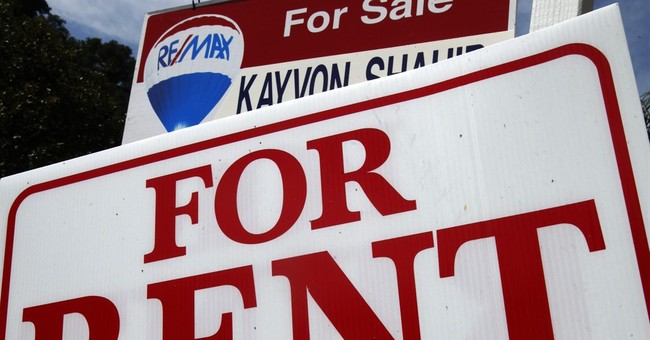 U.S. may get more ventilators but run out of medicine for COVID-19 patients – HotAir