UPDATE: #OccupyWallSt: Just A Saturday Stroll Through The Park…

It was supposed to be this:

On the 17th of September, we want to see 20,000 people to flood into lower Manhattan, set up beds, kitchens, peaceful barricades and occupy Wall Street for a few months.

Instead, as they say about the best laid plans, it was something entirely different. It was, frankly, a stroll through a park—Zuccotti Park, in lower Manhattan, to be exact.

Over the summer, on the heels of Arab Spring, an anti-capitalist group called adbusters established a campaign to occupy Wall Street, beginning on September 17th. Whether coincidental or not, September 17th also happened to be Constitution Day. While there had been some unfounded unfounded speculation a few weeks ago that the SEIU’s Stephen Lerner and ACORN founder Wade Rathke were behind the OccupyWallSt movement, there were never any signs that the Marxist-Anarchist protesters had any formal union backing—nor has there been anything posted on union websites about the occupation of Wall St.

On Sunday morning, the protestors did, however, call for “revolution”

We want freedom for all, without regards for identity, because we are all people, and because no other reason should be needed. However, this freedom has been largely taken from the people, and slowly made to trickle down, whenever we get angry.

UPDATE: Their list of “demands” are at the bottom, but includes (among others), this gem:

What started out as a beautiful, sunny Saturday in New York turned cloudy by mid-afternoon and, while the weather was still mild by 3:15, it became clear by a quick ride through the streets surrounding Wall Street that, despite a warm up event back in August, protesters would not be fulfilling their goal of occupation this weekend.

The NYPD had a sea of blue uniformed officers, as well as police in plain clothes swarming the financial district. Empty police vans, cops with bunbles of zip ties (to be used as handcuffs) on their belts. Streets were closed off with both barricades and a literal solid wall of NYPD officers were blocking the entrances to Wall Street. There would be no occupation.

In fact, were it not for the help from one of New York’s finest giving direction to the new site of #OccupyWallSt, one might have never found the thousand (plus or minus) people occupying Zuccotti Park.

As the New York Times noted:

As it turned out, the demonstrators found much of their target off limits on Saturday as the city shut down sections of Wall Street near the New York Stock Exchange and Federal Hall well before their arrival. 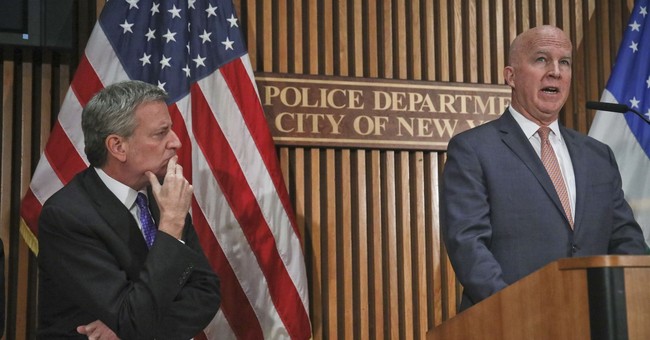 Despite the fact that nowhere near the 20,000 that event organizers had hoped for shown up and there were nearly as many tourists gawking as there were protesters, the menagerie of protesters who congregated in Zuccotti Park did seemed somewhat upbeat, more like those attendees at a Grateful Dead concert. People seeing old friends hugged, shook hands, as though it had been ages since they’d seen each other at a previous protest or General Assembly.

Seeing that the non-event was more akin to a concert in the park (sans music, for the most part), it was decided that a stroll was in order. What follows are some pictures and descriptions of The Day Wall Street Was Not Occupied (otherwise known as a stroll through the park).

Entering the park off of  Thames Street, the first thing that was noticed the number of Guy Fawkes masks mingling in the crowd. A couple were wearing black pants and white shirts with black ties that has become synonymous with anonymous—the collection of computer hackers that have broken into the computer systems of some well known entities.  Several Guys were scattered and milling about, talking in small clusters and having their pictures taken, presumably by the press (or their adoring fans).

One of the Guys who happened to pass by and, upon request, posed for a picture as he held his handbills.

The biggest (only?) consistent theme that the protesters have is the Destruction of Capitalism. However, with the exception of a few, protesters were cagily lacking int answers to the question of what they want to replace capitalism with.

After milling about for a while and stopping now and then to listen to a variety of “ideas” that were being suggested (not with a firm answer, mind you, just suggested) about how to run the world—workers owning the means of production was one that was overheard—these two “collaborators” were kind enough to pose to have their picture taken and, in conversation, were rather enlightening about their mindset.

After posing for the above picture, the figure on the right asked, “what do you think about all of this?”

“The protest,” he responded.

“What are you protesting?”

“We don’t have capitalism…”

Interrupting, he said, “No you’re right. It’s facism. Corporatism. We’re controlled by corporations and their killing everyone.”

He talked about ocean pollution and how ‘we’ needed to tear down the machine.

“So what are you going to replace it with?”

Clarifying: “What is the alternative?”

Beginning to chuckle: “What the h**l is that?”

“It’s where society gets broken into smaller groups and decisions are made unanimously.”

[Trying not to laugh in his baklava-covered face.]

“Well, there are other systems,” he said.

A while later, as the Democratic Socialists of America led a march of about 25 people around the park chanting “The workers, united, will never be defeated [sic*],”, the Collaborator, Baklava Boy, was spotted again, this time carrying his backpack and without his mask .

* Another indication unions weren’t involved in #occupywallst is the DSA’s misuse of  defeated instead of divided.

While the crowd has (since they were still congregating late into the night) a singular goal of ending capitalism, it was still an amalgamation of anarchists and an assorted variety of Marxists—from the Workers World Party to the Democratic Socialists of America.

When asked if the protesters were trying to bring Wisconsin to New York, one NYPD officer stated, “No. The Wisconsin people were okay. These people are like the fringe that no one wants.”

At some point during the day, the NYPD apparently let protesters march around the Bull but, according to the NY Times, when 15 people sat briefly on the sidewalk, they quickly got up after being threatened with arrest.

Surprisingly, even though they share a mutual hatred for the Federal Reserve, some of the protesters even think Ron Paul is crazy…

It appeared that many of the protesters were professional protesters (if there is such a thing)—that, for them, raging against The Machine is a full-time gig. While many of them seem to be in their early 20s, it appeared that they had the angry rhetoric down pat. Evil Capitalism. Evil Corporations. End them both and the world would be a happy place.

Ironically, the protesters set up a live stream video so people could watch the event, but only after watching those nasty advertisements from those evil corporations.

It was clear that the occupation of Wall Street was not going to happen during this protest. However, as protesters were overheard on several occasions in the park, this is the beginning. Never mind the fact that anarchism and socialism have both been around for well over a hundred years, due to their youth, the ideologies are probably new to a lot of these protesters.

And, they will be back. Only next time, it may not be just a stroll in the park.

Cross-posted on LaborUnionReport.com and BigGovernment.com Occupy/CHOP 2.0? Radicals Camped Out In Front of NY City Hall With List of Demands 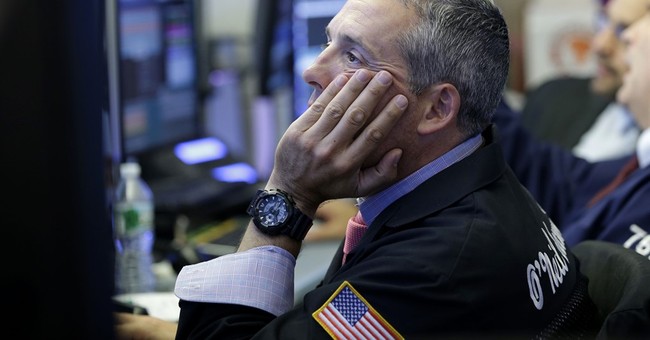 If They Weren't Before, Conservatives are Officially Done With Justice John Roberts