‘Every Major Union’ In The U.S. Has Undocumented Immigrant Members

National AFL-CIO President Richard Trumka speaks in Portland, Ore., Monday, May 18, 2015, about the organization’s concerns over the Trans-Pacific Partnership treaty that President Obama is pushing. Trumka’s visit comes as the U.S. Senate prepares to vote on so-called fast-track legislation that would let Obama pursue the 12-nation trade deal.(AP Photo/Don Ryan)

In early August, when ICE swept up nearly 700 undocumented immigrants working at chicken plants in Mississippi, James P. Hoffa, President of the International Brotherhood of Teamsters, condemned the raids.

The undocumented workers, after all, were represented by a union—the United Food and Commercial Workers.

The union movement and its allies on the Left were apoplectic.

Working Hard for a Better Life Is Not a Crime #1u

Despite the fact entering the United States illegally is, in fact, a crime—as is stealing Americans’ identification to acquire employment—today’s union movement continues to defend and fight for illegal immigrants.

In Mississippi, at one of the raided plants, “the vast majority of the immigrants employed at the plant are undocumented and using fake biographical information,” reported the Clarion Ledger.

In at least two cases at Pearl River Foods, the allegedly stolen personal information came from people who discovered that someone else had applied for work under their names when they tried to apply for food assistance or unemployment benefits. [Emphasis added.]

While the chicken plants were temporarily without workers, within a short time, hundreds of American job-seekers flocked to a job fair, hoping to get the jobs previously held by the illegal immigrants.

The fact that illegal immigration depresses wages and causes higher unemployment should be cause for concern for so-called “worker advocates.”

However, in 2000, the Executive Council of the AFL-CIO—the largest federation of labor unions in the United States—voted to reverse its long-standing opposition to illegal immigration calling for “an immediate amnesty for undocumented immigrants, and an end to sanctions on employers who hire them.”

Ever since then, the leadership of the AFL-CIO and its member unions have welcomed illegal immigrants into their ranks with some even going so far as to declare themselves “sanctuary unions.”

In 2017, in the face of increased scrutiny the AFL-CIO published a “toolkit,” entitled We Will Defend and Resist, “to equip labor and community organizers, advocates and law practitioners with the necessary information to navigate escalating attacks on immigrant workers and their families.”

After all, “every major union in the United States has immigrant members, documented and undocumented,” states the pro-union Labor Notes.

While there is a separate argument that unions knowingly representing undocumented immigrants is aiding and abetting illegal activity, the fact of the matter is, illegal immigrants depress the wages of American workers.

In fact, according to U.S. Census Bureau data, the median income of “Non Citizens” is more than $9,000 than black Americans.

Additionally, according to the Center for Immigration Studies, “63 percent of households headed by a non-citizen reported that they used at least one welfare program, compared to 35 percent of native-headed households.”

This costs all Americans through the form either deficit spending or higher taxes.

Yet, despite the toll of illegal immigration has on American workers, unions continue to represent undocumented workers, taking their dues money and fighting their deportations. 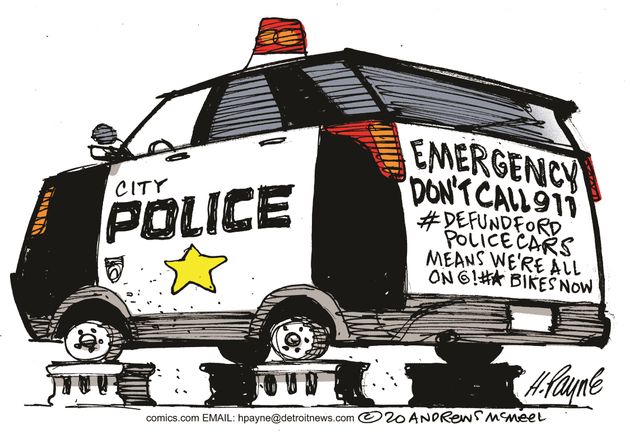