Throw the Book at Bowe Bergdahl

We have lost all sense of justice in this country.

Justice, at its root, is a word that means fairness. It means that bad behavior is punished – to a reasonable degree – and good behavior is rewarded.

There’s been a lot of focus lately on folks who have been punished by our justice system to an unfair or unreasonable degree, crushed underfoot by an unreasonable and unreasoning system. Several weeks ago, for instance, we covered the case of Sharanda Jones, who was sentenced to life without parole for a first time non-violent drug offense.

Justice is inherently at least a somewhat subjective concept. Some people whose lives have been ruined by the taint of drugs took exception to the idea that it was inherently unfair to lock Sharanda Jones up and throw away the key. But most people, both right and left, understood that there was an inherent problem with a system that almost never locks murderers or rapists away for life without parole, but did so for a crack mule with barely a thought, simply because the crack mule in question dared to defend herself in court and forced the State to prove their case against her.

On the other hand, the folks in charge of determining the appropriate punishment for Bowe Berghdahl have absolutely lost their mind with the amount of “mercy” they are willing to show him. To recap, it is now abundantly clear that Bergdahl intentionally deserted his post and wandered into a village that was known to be under the control of the Taliban. The investigator in charge of Bergdahl’s case has apparently concluded that these facts somehow do not lead to the inescapable conclusion that Bergdahl was attempting to join the Taliban or that he had Taliban sympathies, in spite of testimony to the contrary from Bergdahl’s platoon mates.

One wonders if this crack investigator is either the last person in America who believes that OJ didn’t kill Nicole, or if he was basically ordered to publicly play the world’s foremost naif at the behest of the Obama Administration.

Speaking of the Obama Administration, no recap of this story would be complete without recalling that we traded five dangerous terrorists to get Bergdahl back even knowing that his platoon was of the unanimous belief that he was a deserter and possibly a traitor, a trade presumably negotiated by the same crack team that allowed the Iranians to have nuclear technology while they were publicly chanting “death to America” in exchange for virtually nothing of substance. Neither would any recap be complete without taking note of the fact that Obama publicly (and embarrassingly) called Bergdahl a “hero” upon announcing the trade, and seemed genuinely flummoxed that the American public (and Congress) was outraged when the deal was announced.

Now comes the news that the U.S. Army Investigator in charge of Bergdahl’s case has recommended, unbelievably, that Bergdahl face no prison time at all:

In a memorandum dated Friday, the legal team said it agreed with Lt. Col. Mark Visger’s conclusion that their client be referred to a special court-martial and receive neither jail time nor a punitive discharge.

“The case still has to go up to command where another decision will be made whether to accept that recommendation,” he said.

Punishment, from a societal perspective, is said to serve three important purposes. The first of these is rehabilitation – the idea is to make the lawbreaker (when possible) into a productive and well adjusted member of society. The second of these is deterrence – sending a message to other would be lawbreakers of the same type that will hopefully discourage them from committing their deeds in the hopes of avoiding the same punishment. The third of these is retribution – people should ultimately be punished because they deserve it.

There is a lengthy and unbroken history within military justice that holds that harsh punishment for deserters (especially in wartime) is vitally necessary for deterrence purposes, in order to avoid the cancerous effects of cowardice in the ranks. It’s a recognition of the fact that asking a person to charge towards bullets instead of away from them is quite a lot to ask of people, and yet, the very survival of a nation depends on the belief that when officers issue such a command, it will be followed without hesitation. It defies belief that Bowe Bergdahl can be allowed to walk away from having broken the cardinal rule of the military without so much as a dishonorable discharge.

If Bowe Bergdahl was such a sorry specimen of a person that we are willing to completely excuse him for turning himself over to the enemy in a time of war, then whoever made the decision to put him in a war zone without noticing how utterly unsuited for it he was should be court martialed in his stead and should face the maximum punishment to which he would otherwise be subject.

When a soldier walks away from his post and voluntarily surrenders to the enemy, the absolute one thing that cannot happen is that we trade multiple high value targets to get him back and then release him without so much as a slap on the wrist. If the Army does so, they will never be able to punish a soldier in the future with a straight face or without being guilty of obvious and politically motivated hypocrisy.

And the end of that particular road is also the end of America as we know it.

Ezra Klein is an Idiot: Professor Obama Says We Can't Drill Our Way Out of The...Nevermind 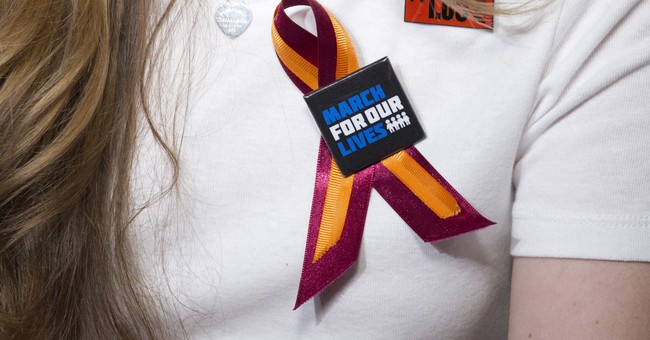 March For Our Lives, Other Leftist Youth Groups Make Demands Of Biden