More on Cruz, Rubio, and the National Organization for Marriage

Yesterday we reported on a dust-up between the Cruz and Rubio camps about Cruz’s remarks concerning the National Organization for Marriage. The relevant clip can be seen here:

Cruz: I will continue pointing out the truth about records. And so when you look at the words that came out of their mouth, there is a reason that the National Organization of Marriage has endorsed me in this campaign and has said it cannot support Donald Trump or Marco Rubio because both of them are unwilling to defend traditional marriage. 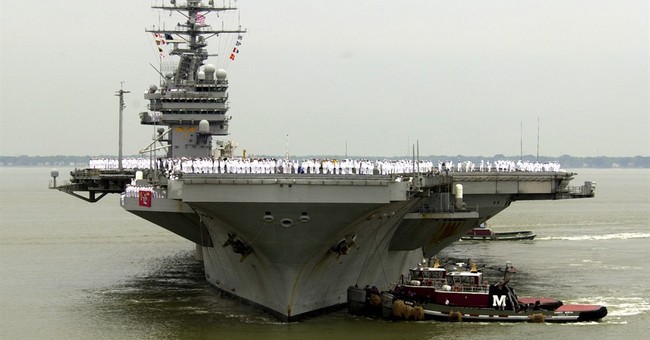 Mr. Brown noted, as an initial matter, that he did not have a problem with what Cruz said in the clip. “We endorsed Ted Cruz because Ted Cruz is our guy. He is one of us. He signed our pledge, and we endorsed him early – much earlier than we normally do in this process, because we believe that he presents the greatest opportunity to defeat Donald Trump. All the things that the Rubio supporters are saying about Cruz’s electability, we don’t believe are true – we believe he can win and will win, just like he did in Iowa.”

On the question of whether the National Organization for Marriage would support Rubio if he were the nominee, Brown was unequivocal that they would do so. “Of course we would support Rubio if he was the nominee. Rubio has done and said some great things for marriage in his career. He would not sign our pledge, and he clearly is not with us as much as Cruz is, but if he is the nominee, we would support him. Trump, on the other hand, would be a completely different question. Trump flat out said about Obergefell that it was the law of the land, period. I would have to think long and hard before I could even make up my mind between Trump and Hillary.”

I asked Mr. Brown about the interview he gave in June in which he was quoted by Breitbart as saying that he “couldn’t see conservatives supporting either [Rubio or Bush].” He said, “Well, I was disappointed and I am disappointed that Rubio would not sign our pledge. He should be willing to sign the pledge in favor of a Federal Marriage Amendment, even if he doesn’t think it’s going to pass. That’s one of the main reasons that we are endorsing Ted Cruz. But Rubio is a completely different question from Trump, and we would support him in the general if he got the nomination.”

This, I think, is pretty clearly the position the National Organization for Marriage took in December, which is that Ted Cruz is to them far preferable to Rubio, but that Rubio would get their support in the general if he emerges victorious in the primary.