Ben Carson Actively Lobbying Trump to be his VP

Multiple sources are now reporting that Ben Carson’s campaign staff is making a concerted push to lobby the Trump camp to select him as Trump’s running mate, if Trump gets the nomination. Per the Daily Beast:

Just a week after the former neurosurgeon endorsed Donald Trump, The Daily Beast has learned that members of Carson’s brain trust have set up a meeting in Palm Beach, where Carson has a plush mansion, on March 29 to discuss plans for the future.

The agenda, according to multiple sources familiar with the plan, will include a discussion of what to do with the massive 700,000-person mailing list they’ve accrued, the PAC connected with the campaign (which has already been pushing for Carson as a potential vice presidential pick), and possibly establishing a formalized speaking program for the doctor.

But the main focus of the meeting, sources familiar with the gathering told The Daily Beast, will be to put Carson in the best position to be offered the vice presidential spot by Trump should the mogul become the nominee.

You know, for a guy who told anyone who would listen that running for President “was never on his bucket list” and that he only did it because his supporters begged and begged him to, he sure is showing a willingness to aggressively lick the boots of Donald Trump in order to become Vice President.

First, he stayed in Super Tuesday despite having absolutely no chance to win anywhere, but likely costing Marco Rubio a win in Virginia and Ted Cruz a win in Arkansas in the process. Then came his bizarre endorsement of Trump, then came his laughing dismissal of Trump calling him a child molester and also the revelation that Trump plagiarized one of his foreign policy op eds. Side note: if you are plagiarizing a foreign policy op ed from Ben Carson, you really don’t know a damn thing about foreign policy.

As another side note, figuring out what to do with the Carson’s massive mailing list has been the entire point of Carson’s campaign since at least November, so I don’t really know why they still need a meeting to strategize for it, but then again, that’s been fairly typical of the entirety of the Carson campaign. 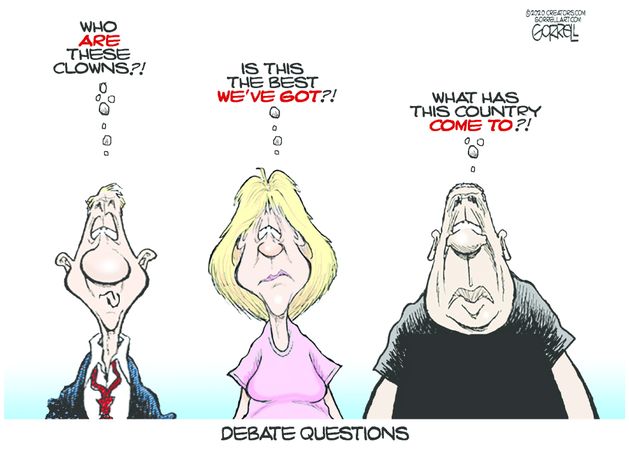