At least, I am pretty sure that is what he said. His response to the question was even more nonsensical than his usual word salad. I am being dead serious, I cannot tell whether he is in favor of the North Carolina SB2 or not. The only definitive thing I can pull out of this is that he would let Bruce Jenner use a women’s restroom in Trump Tower.

With regard to North Carolina, via Politico, Trump offered this thoroughly non-definitive response:

Transgender people should be able to use whatever bathroom they want, Donald Trump said Thursday.

“Oh, I had a feeling that question was going to come up, I will tell you. North Carolina did something that was very strong. And they’re paying a big price. There’s a lot of problems,” the Republican presidential candidate said during a town hall event on NBC’s “Today.”

Referring to comments from an unnamed commentator who on Wednesday said North Carolina should “leave it the way it is right now,” Trump said he agreed.

“Leave it the way it is. North Carolina, what they’re going through with all the business that’s leaving, all of the strife — and this is on both sides. Leave it the way it is,” he said, referring to companies that have canceled plans to move or expand businesses in the state as a result of the law, which bans transgender individuals from using a bathroom that does not match their gender at birth. 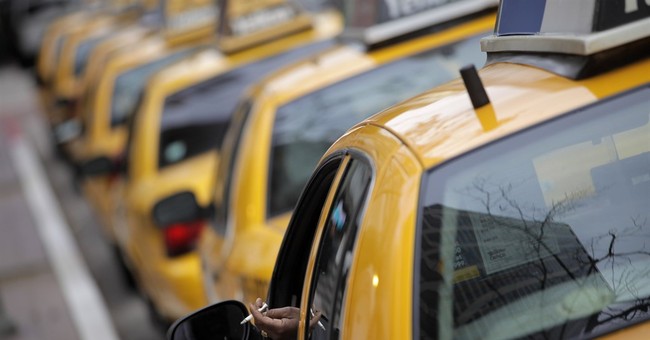 If you can make heads or tails of whether he supports the North Carolina law or not from these remarks, you are a better code breaker than I am.

On the larger issue of whether companies should build transgender restrooms, Trump made a more definitive statement – he opposes the imposition of separate bathrooms and feels that people should just be able to use whatever bathroom they want:

He added, “You know, there’s a big move to create new bathrooms. Problem with that is for transgender, that would be—first of all, I think that would be discriminatory in a certain way. That would be unbelievably expensive for businesses in the country. Leave it the way it is.”

Once again, Trump isn’t exactly a model of rhetorical clarity, but it sounds like he is in favor of what Target announced yesterday. Which is, in my view, exactly backwards from how it should be.

Locked Down Forever: The Large Percentage of Businesses That Have Closed for Good

Sad! Looks like CBS News got caught trying to pass Latinos for Trump off as Joe Biden supporters [pics] [CORRECTED]