@NancyPelosi is being FAR too modest about her protection of FISA.

I admit, Nancy Pelosi talks a good game about how she hates FISA on general principles:

When contacted, a Pelosi aide did not dispute the minority leader’s assertive role in influencing Democrats, but passed along a letter Pelosi sent to the president today raising skepticism about the NSA’s surveillance powers.

“Dear Mr. President,” reads the letter. “Although the amendment was defeated 205-217, it is clear that concerns remain about the continued implementation of the program in its current form. Although some of us voted for and others against the amendment, we all agree that there are lingering questions and concerns about the current 215 collection program.”

The letter goes on to question whether the bulk metadata collection program sufficiently protects the privacy of Americans, whether it could be tailored more narrowly and whether the law is being implemented in a manner consistent with Congress’s intent. An aide later emphasized that Pelosi did note declare an official leadership position against the amendment, meaning there was no whip or count established to see how Democrats would vote.

The amendment was, of course, Rep. Justin Amash’s amendment to alter NSA/FISA procedures: and as the above shows, it failed by a razor-thin margin. Foreign Policy pretty much summed up what happened in the title of the first linked article (“How Nancy Pelosi Saved the NSA Surveillance Program”), but perhaps we need to be a bit more explicit about things, here.  God forbid that Nancy Pelosi avoid credit for being such a tireless defender of FISA; we wouldn’t want her light to remain under a bushel.
If you need a primer on FISA – and who can blame you? There’s tons of this stuff flying around all of the time, and it’s all really important, and it’s all convoluted because, well, politicians – here’s something from 2008 (which was the last time we really had a war in Congress over this stuff*).  We’ll get to a key point from that 2008 piece in a second, but to summarize: back then the big issue was whether or not telcoms would have immunity from civil suits for giving the Feds access to their phone records.  Antiwar progressives were opposed to the idea, because they wanted to be able to throw punitive lawsuits at the telcoms until they stopped helping the government (not to mention the mischief that could be had via the discovery process**).  Normally, you’d think that this would then mean that a bill defanging FISA was going to be headed right for Bush’s desk for his veto, right?  It’s 2008; Congress was controlled by Democrats.  Specifically, Nancy Pelosi.  She’s a progressive, right?  So she’d be able to stop this legislation cold.

Q. What about Speaker Pelosi?
A. [Then House Majority Leader Steny] Hoyer got this bill through the Rules Committee. This committee is the personal property of the Speaker of the House: she can stack the membership however she likes, without input from anybody. In other words, no legislation gets through there against her will. The fact that it has means that she’s at worst sitting this one out.

So, what happened was that Hoyer – without opposition from Nancy Pelosi, who could have killed the bill in an afternoon – put the bill up, came to an understanding with the House minority, and got it passed over Pelosi’s “objections.” This should have fooled nobody; I myself have never been shy about noting that FISA was reauthorized, largely unscathed, with Nancy Pelosi’s blessing.  That it did says much about the willingness of progressive activists to go LA LA LA about things that distress them; and that their own leadership visibly considers progressives to be half-devil, half-child must be at the top of that list.

Oh, was that harsh?  Well, consider this: lopsided Democratic majorities in Congress in 2009, plus a Democratic President.  Action on FISA: nil.  Of course.  If Nancy Pelosi hated FISA, she’d have killed it a couple of years before.  Just like she saved it earlier this week.  And she should take credit for doing that!  I mean, thick and thin, good times and bad, in the majority, in the minority, one thing has been clear: FISA has had no better friend than Nancy Pelosi.

Hey!  Aren’t progressive Democrats still committed to making this woman Speaker of the House again? …How charmingly loyal of them, bless their hearts.

*Which my side won (YAY!), not that it mattered in the Presidential election (BOO!). [Yes, that was supposed to be slightly irreverent. There’s a class of people out there who are only happy when their political opponents are miserable.]

**Keep that in mind.  The hardcore Left activists yelling about the NSA right now have a history of being extremely willing to risk American national security for the pursuit of their goals, mostly because they don’t particularly like America as it currently exists anyway.  And they don’t really like you, either. 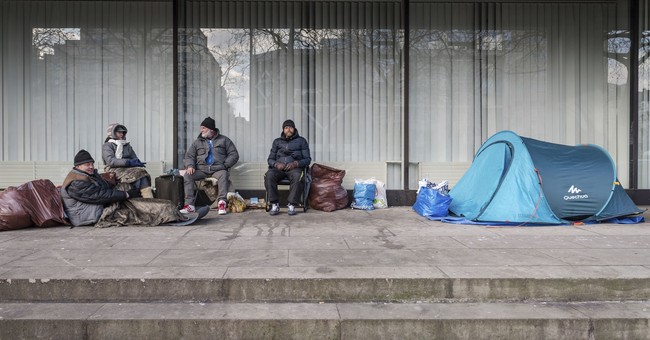