[Former President George W.] Bush, who said that he calls former president Bill Clinton several times a year, including last week when his granddaughter was born, noted that President Obama hasn’t called him since Osama bin Laden was killed.

“He has not [called] on a regular basis, which is okay. It doesn’t hurt my feelings. It’s a decision he has made. Presidents tend to rely on the people they’re close to…and I understand that,” Bush said.

It’s always arrogance that gets the powerful, in the end. Arrogance and pride.  Because here’s the situation – and I write this with an enormous grin of schadenfreude on my face from thinking about how progressive activists will react to what I’m about to write – it’s clear by now that George W Bush knows how to beat a terrorist insurgency, and Barack Obama does not.  Barack Obama’s previous Iraq policy was a miserable failure.  Barack Obama’s foreign policy staff was incompetent. The President himself demonstrated that, when it came to terrorists and figuring out why they hate us, Obama was fundamentally intellectually incurious and far too prone to episodes of epistemic closure.  Do I need to keep using all those progressive antiwar sneers as handy flails, or has everybody gotten the point by now?

Excellent.  So, now that we’ve established Barack Obama’s past litany of failure, the question becomes: how can the man fix his mistakes? – Because it’d be swell if that happened, of course.  Well… Barack Obama could start out by going to his predecessor – that would be George W Bush – and asking for help. This would, of course, humiliate Obama’s supporters (and Obama himself); which is unfortunate.  For them.  But that’s not really anybody else’s problem.  The bottom line is that Barack Obama should maybe not regularly chat with GWB; but Obama should certainly have Bush (and probably Bill Clinton*) over on a semi-regular basis.  These guys have been where Obama is; they know the score.

And, hey: it’s even good politics.  After all: George W Bush polls rather better than Barack Obama does right now.

*Look, say what you like about Bill Clinton, but throwing up that no-fly zone over don’t-call-it-Kurdistan-yet turned out to be a smart idea. Imagine the GWOT without the Kurds. 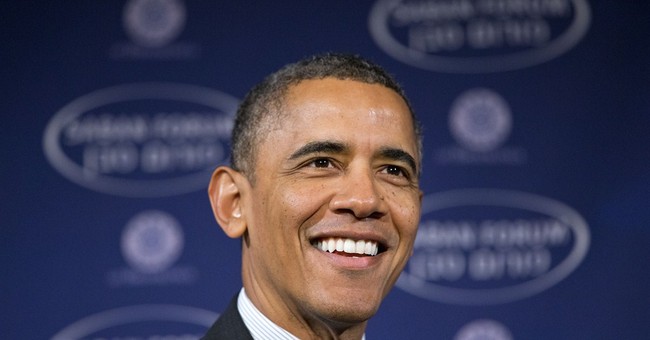 Iran Nuke Treaty Just a Time Out, Not an End

HA! He just admitted Trump WINS! Tom Nichols melts down in tweet shaming everyone else for making him vote for a socialist

The Democratic establishment is broken – HotAir