Sen. Lindsey Graham (R-SC) appeared on ‘Hannity’ on Wednesday night and announced that he would be asking Secretary of State Mike Pompeo for transcripts of the phone calls between Vice President Joe Biden and the-then president of the Ukraine Petro Poroshenko in February 2016, the month before the prosecutor who was allegedly investigating Burisma was fired.

“I want to know if there’s any transcript or readouts of the phone calls between the vice president and the president of the Ukraine in February after the raid on the gas company president’s house,” he explained to Sean Hannity.

And he followed through on that today, with the formal letter, requesting the documents.

In the letter, he notes the following fascinating timeline. 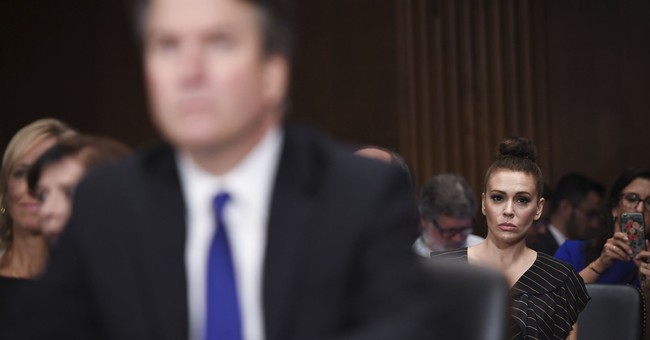 He says that the prosecutor, Viktor Shokin, announced on Feb. 4, 2016, that the authorities had seized property from the head of Burisma, Mykola Zlochevsky, after a raid on his home on Feb. 2.

Burisma is the firm where Hunter Biden, Joe Biden’s son, served on the board. He was on the board from 2014 until April of this year.

On February 4, the letter notes, Hunter Biden began following then Deputy Secretary of State Tony Blinken, “a longtime advisor to Vice President Joe Biden,” according to Graham indicating there may have been a discussion about Shokin’s investigation.

This timeline lays out perhaps for the first time clear indication as to how Biden or others might know the prosecutor was looking into Zlochevsky and Burisma.

What followed? Well, we know what came next, because Joe Biden explained on video.

Joe Biden at the Council on Foreign Relations:

"So I said to Poroshenko (Ukrainian President) & Yatsenuk (Ukr PM):

If you don't fire the prosecutor investigating my son, we're going to withhold the $1 billion in aid." #ImpeachmentHearing pic.twitter.com/neQ5loWQIT

Biden explained later in 2018 how he leaned on Poroshenko in 2016 that the U.S. was going to withhold a billion in aid unless the prosecutor (Shokin) was fired. Then lo and behold “son of a b**ch” he was fired, Biden bragged.

After announcing the investigation in February, Shokin was fired in March by Poroshenko. Interesting timing.

Shokin has since filed an affidavit in relation to another matter saying that he believes he was fired because of Biden and because of the investigation into Burisma.

Biden has said that Shokin was fired because of corruption and that he, Biden, wasn’t the only one calling for his firing. 'So you're a fraud'! Alyssa Milano explains why it's totally fine that she's been silent on sexual assault allegations against Joe Biden [audio]