Flashback: John Kerry Admitted Some of Money Released in the Iran Deal Will End Up in Hands of Terrorists

FILE – In this Jan. 16, 2016 file-pool photo, Secretary of State John Kerry talks with Iranian Foreign Minister Mohammad Javad Zarif in Vienna, after the International Atomic Energy Agency (IAEA) verified that Iran has met all conditions under the nuclear deal. Donald Trump isn’t going to rip up the Iran nuclear deal on Day One as president, but his vows to renegotiate the terms and increase enforcement could imperil an agreement that has put off the threat of Tehran developing atomic weapons. (Kevin Lamarque/Pool via AP, File)

Obama bro Ben Rhodes has been having a meltdown since the U.S. took out IRGC terrorist leader Qasem Soleimani.

And he lost it, big time, when Secretary of State Mike Pompeo pointed out that the Obama-Biden team’s actions led to the pro-Iranian militias to gain power in Iraq and that their actions also helped to “underwrite” the militias.

This is a lie, offensive, obscene and an absolute disgrace. This man and his boss have destroyed America’s reputation and made a shambles of Iran policy in part because of their pathetic obsession with Barack Obama who they will never, ever measure up to. https://t.co/G9KqYD9YAo

But it’s true, on both counts.

As we noted here, that Joe Biden’s actions reportedly helped the pro-Iranians gain more power as the Obama administration failed to sufficiently back a pro-American candidate during the selection of the new government.

Then there’s the question of the “underwriting.”

Now we could talk about “pallets of cash” that went out to Iran as part of the Iran deal. The Democrats have two talking points in response to that: it’s untrue or that was their money that they were owed.

But it is true. Let’s hear from CNN’s Jake Tapper where you can actually see the “pallets of cash.”

They basically sent $400 million on the day the deal was implemented plus an additional two payments totaling $1.3 billion later in what some interpreted at the time as basically a ransom payment for hostages.

Obama administration officials argued this was money that was owed to Iran. But the money was owed to the prior government of Iran that the mullahs tossed out in 1979. Even if they might have had a legal argument to it, somehow, all prior presidents had managed to avoid giving it to the terrorist nation, knowing what would be the result. But even more importantly, what’s often left out of the story is that what Tapper noted in the last part of that video – that American victims of Iranian terrorism had judgments against the Iranian government for their terrorist actions to the tune of $53 billion, by one count. The victims’ claims were all basically thrown under the bus by the deal and Obama.

When asked about Republicans’ concern that the money sent would go to fund terrorism, the Obama official Tony Blinken basically said oh well, we can’t really say, but it looks like it’s going into the economy. No, it didn’t, as the people protesting in the streets of Iran could tell you.

That wasn’t all. When the Obama administration lifted sanctions on Iran as part of the Iran deal, that meant that another $150 billion in sanctions relief would flow back into the regime’s pockets. Former Secretary of State John Kerry’s response at the time? Oh, well, nothing we can do about it. Kerry conceded that at least some of it would go to the IRGC (which would mean Soleimani).

Secretary of State John Kerry acknowledged to CNBC Thursday that some of the money Iran received in sanctions relief would go to groups considered terrorists.

When asked about whether some the $150 billion in sanctions relief to Iran would go to terrorist groups, Kerry reiterated that, after settling debts, Iran would receive closer to $55 billion. He conceded some of that could go to groups considered terrorists, saying there was nothing the U.S. could do to prevent that.
“I think that some of it will end up in the hands of the IRGC or other entities, some of which are labeled terrorists,” he said in the interview in Davos, referring to Iran’s Revolutionary Guard Corps. “You know, to some degree, I’m not going to sit here and tell you that every component of that can be prevented.”

Why could Kerry know that some of that might flow back into the IRGC? Because some of the people no longer being sanctioned who were listed in the Iran Deal were IRGC leaders, including Soleimani, reportedly. Why would you ever take such people off a sanctions list?

It’s that very group behind the people who attacked our embassy in Baghdad and before that, fired multiple rocket attacks on Americans, killing a contractor and wounding other Americans. 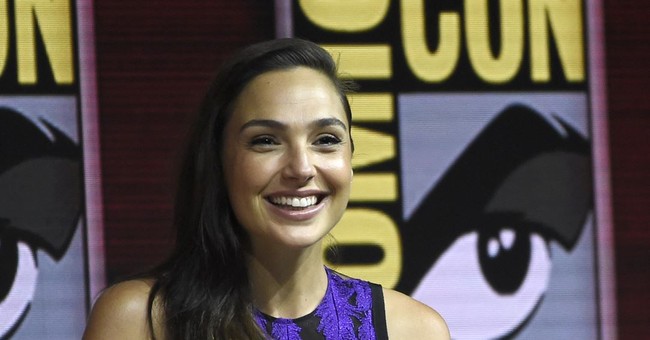