We previously reported how the radical leftist efforts against the Abraham Lincoln statue commemorating the Emancipation Proclamation and the ending of slavey that were planned for Thursday were postponed but that they planned on coming back Friday night.

But as we wrote, they were not going to be the only ones there when they showed up.

In addition to the fences and the nearby police, they were met by historians and defenders of the statue who wanted to hold their own teaching session and had a lot to say to the radicals about how ignorant they were being and how they didn’t understand the history or meaning of the statue.

The historians spoke about how it was built with the donations of freed slaves and dedicated by Frederick Douglass. The man depicted with Lincoln is rising up on one knee, his shackle broken, the chain in his own hands, signifying he has taken back his freedom.

But two older black men spoke in support of the statue. Don Folden, who runs D.C. black history tours at Capital Buddy Tours tried to tell them the history but was shouted down. According to the Washington Examiner, Glen Foster the Harvard student behind the effort to take it down said “Old black people have no say in black activism.”

This man just walked in with his own megaphone:
“Y’all don’t even know the history of this statue, but you want to tear it down!” pic.twitter.com/RJv1VpwXrh

This was mania, as a woman tried to yell at Folden and what looked like a man who was a Frederick Douglass re-enactor.

“Why are you protecting it?!”

BLM activist gets into a verbal exchange with an older black guy who was speaking up against tearing the statue down.#emancipationstatue pic.twitter.com/4crUOJhDFP

Cedric Turner, who said he was the great great great grandson of the man the statue was modeled after, Archer Alexander, said that he would stand in between the radicals and any effort to take the statue down. He spoke about how Archer was an ancestor of both him and Muhammad Ali.

The Marxist who has been organizing the event went on a tirade against “old people” — which inspired and elderly black man to take over his mic & the event.

The man is a self-proclaimed relative of the black man depicted on the statue.

But the radicals just tried to shout down anyone who tried to inform them.

Now the guy running the event is back on with his megaphone:
“Are you guys done hearing from people who do not want change?”
(Yeah!)
“Then what are we gonna do?”
(Tear it down!)
“We are gonna TEAR THAT MOTHERFUCKER DOWN!” pic.twitter.com/zmGy3eZKho

But he said they would not be attempting to rip it down right away, but asked people to petition lawmakers to take it down.

“We are not going to stop it until every single person has the chance to live free from the oppression of our government, preconceived notions of white supremacy, and most importantly, people who are allowing the system to oppress us,” Foster said.

Foster then asked the crowd to put their hands in the air if they truly believed that black lives matter. Several journalists recording the event did not, provoking the ire of people in the crowd, who called them Nazis and sprayed them with squirt guns.

Folden stepped in to escort the journalists away, and the crowd began shoving them. Police approached, and the event effectively ended. The Loss (and Needed Return) of American Statesmanship 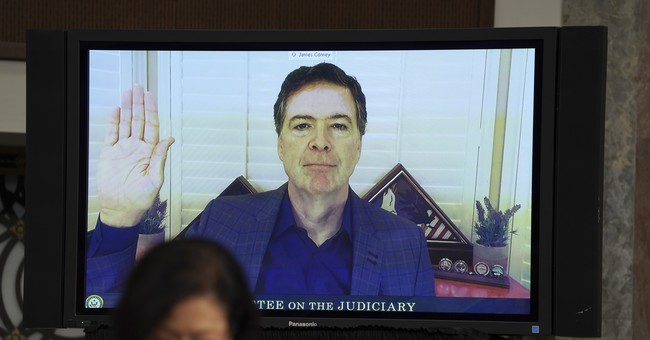