Every time Twitter does something stupid in regard to President Donald Trump or conservatives, Parler takes a jump in new people fleeing Twitter for them.

Censoring him yet again, this time, ironically by removing Trump’s meme that says “in reality they’re not after me, they’re after you.”

Here’s what they did to it by removing the image and here’s what it looked like before removal.

So what’s the problem? Apparently the New York Times took the original picture and is upset he used it for the meme and got Twitter to take it down.

But that’s exactly what fair use is and it’s not taken down because of a legal finding but simply because The NY Times asked Twitter to comply with their request.

If that’s considered a problem, you’d had to rip down every meme across the internet.

It’s not of course really because there’s a copyright issue, that picture has been floating around forever. Why is the issue coming up now?

Once again, it’s because we’re in the final months before the election and anything that they can do to take a whack at anything being put out by Trump or Trump supporters seems to be coming under the gun, from permanently banning a meme maker, Carpe Donktum, to labeling the president’s tweets when they don’t label things from Biden.

Twitter labeled one of Trump’s tweets for basically saying he was going to enforce the law and wouldn’t allow an autonomous zone in D.C. and they termed that “glorifying violence.” “There will never be an ‘Autonomous Zone’ in Washington, D.C., as long as I’m your President. If they try they will be met with serious force!” he tweeted.
Meanwhile actual Antifa tweets are not flagged.

But once again this raises questions about bias and fairness. Once again, it’s gotten more people fed up with Twitter.

Twitter censoring Trump's "they're not after me, they're after you" meme signals 2 things:

1) Twitter doesn't fear Trump at all
2) The liberal elites admit they're after you, not him https://t.co/14g6fH0pZj

POSTING RULES  | LOGIN TO COMMENT  |  REGISTER TODAY
Tags: Fair Use meme They're not after me they're after you Trump Twitter 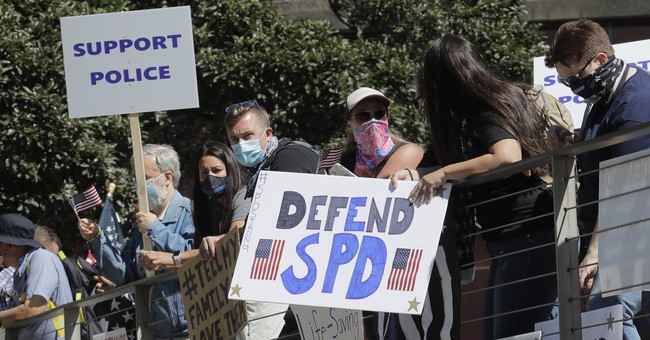 Will New York slap Trump with an October surprise?