No, Gateway Pundit, Chris Matthews Did NOT Endorse Trump (VIDEO)

Jim Hoft of Gateway Pundit had a post yesterday titled WHOA! It Sounds Like Chris Matthews Just Endorsed Trump (VIDEO). Hoft — whose two-step editorial fact-checking process consists of 1) asking whether a story benefits Trump, and 2) determining how many exclamation points to include in the title — had this to say about Matthews:

No More Tingles—
Chris Matthews went off on Hillary Clinton last night on MSNBC.
It sounds like he just endorsed Donald Trump.

Chris Matthews: If you like the way things are the way they are headed in this country. If you’d like to continue the destruction of our manufacturing base, and the jobs that went with it. If you like the uncontrollable immigration, if you like the string of stupid wars from Iraq to Libya to Syria. If you want to say yes to all of that, if you want to keep this all the way it is, fine, then vote for Hillary Clinton. If you don’t like the way things are headed you got a chance to really shake the system the system at its roots. If you wake up on Election Day and it’s the same as it is today, if its the same 4 or 5 or 8 years from now, remember you had a chance really change it up but you were to dainty to do it.

The problem with this video and this transcript is — 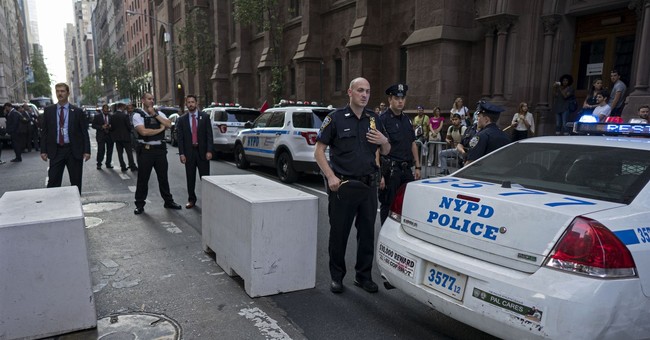 [Excuse me a moment. I have to go close the tab with the Gateway Pundit link. It keeps furiously auto-refreshing. Back in a sec.]

— as I was saying, the problem is that the video and transcript cut off the context, which plainly show Chris Matthews was not endorsing Trump. One hint: in the full video, Matthews says: “I say this not because I want Trump to win.” (WHOA! Sounds like he is endorsing Trump!!!) Here is the full video:

And here is the full transcript. I have placed in bold the parts that were surgically removed from the Trumper video that was so breathlessly and thoughtlessly distributed by Gateway Pundit:

If you want to say yes to all of that, you want to keep all this the way it is, vote for Hillary Clinton. If you don’t like the way things have been headed you got a chance to really shake the system to its roots. And if you wake up the day after the election and it’s the same as it is today, if its the same 4 or 5 or 8 years from now, remember you had the chance to change it, but you were to dainty too do it.

I say this not because I want Trump to win, but because I can’t stand politics being practiced so pathetically.

I will say that Matthews’s commentary does seem to reveal a certain lack of complete comfort with the state of the country and the choice of Hillary Clinton. It does not seem hard for him to play Devil’s Advocate. But at the same time, only a con artist or a sucker would try to pass this off as a Trump endorsement. The guy who did the editing, like the candidate he supports, is a con artist. Jim Hoft (I’m giving him the benefit of the doubt here) is a sucker.

If you fell for this story, then you know what happened. Say it with me:

Unanimous SCOTUS to Electoral College: Keep the faith — or else