Pray For The Japanese As The Abyss Looms Before Them

It was Sunday, just after the earthquake had leveled much of Northern Japan. I was scanning my hotmail account with more than the usual curiosity. A close personal friend of mine (a former girlfriend to be more honest) still lives in Tokyo, and I had written to see if she were OK.

Things turned out as well for her as could possibly be hoped. She, her husband and her parents had all come through the earthquake and several subsequent aftershocks with no major damages. We should say our prayers that the same can be said for the Japanese Nation. For many reasons, exogenous to the recent 8.9 magnitude earthquake, the prognosis for Japan may not be as hopeful.

On the surface of things, this appears to be a preposterous statement. Japan lives with volcanoes, earthquakes and tsunamis. The Japanese stoically endure things that would make the average American wet his pants and suffer simultaneous brain-freeze. Americans get scared watching Terminator Movies at Paramount Cinemas. The Japanese lived in that world and then proceeded to successfully rebuild it. Patrick J. Buchanan offers a more elegant statement of this viewpoint below.

Between 1942 and 1945, Japan was stripped naked of an empire that embraced Formosa, Korea, Manchuria, the entire China coast, all of French Indochina (Vietnam, Laos, Cambodia), Thailand, Burma, Malaysia, Singapore, the Dutch East Indies (Indonesia), the Philippines and the Western Pacific out to Guam and south to Guadalcanal. She sustained 2 million military dead and 500,000 to a million civilian dead under U.S. carpet-bombing that reduced her great cities to smoldering rubble and Hiroshima and Nagasaki to atomic ash. Yet, 25 years after the most devastating defeat in modern history, Japan boasted the second largest and most dynamic economy on earth. 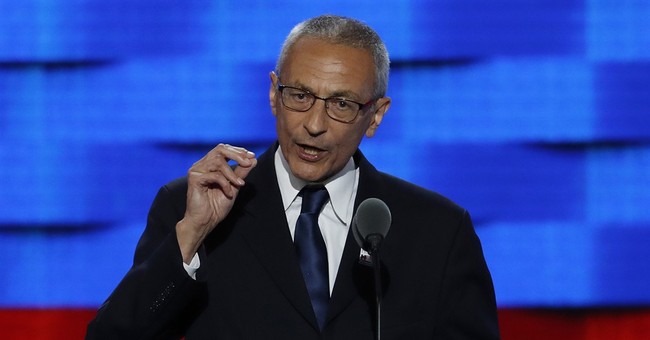 Alas, many fear, that was a different Japan. In 2009, less than two years before the Reaper descended upon what will ultimately total well over 10,000 citizens of The Great Japanese Nation, John Maudlin became so utterly disenchanted with Japan’s future prospects that he wrote them an economic death certificate.

Up until recently, their population has saved a great deal of its disposable income, and those savings have allowed the Japanese government to run massive deficits. And we are talking truly massive. Over the last ten years, the government has seen the level of debt-to-GDP rise from 99% to over 170%, not including local governments. They ran those deficits to try and pull themselves out of the doldrums of their Lost Decade of the ’90s, following the crash of their real estate and stock markets, starting in 1989. They built bridges and roads to nowhere, all sorts of programs, quantitative easing, etc. Sound familiar?

So the Japanese government took a ride on the good will and credit-worthiness of a decent, honorable, and hard-working culture. As a direct result of this feckless enstupidation, this heedless epidemic of unbudgeted expenditure led a once-great economy to ruin. This is not special. It does not imply Japanese Exceptionalism of any sort. Could we easily replicate that in the Good Ole US of A? YES.WE.CAN!

But more troubling than all of this is the increasing absence of future Japanese. They seem to not be having children. In March of 2010, one year before disaster turned the world’s eyes to The Japanese Islands, Lisa Twaronite wrote of the problems that demographic decline posed for Japan.

Elsewhere in the world’s second-largest economy, the situation is similarly worrying. The national birthrate in 2008 was 1.37 children per woman — up from a record low of 1.26 in 2005, but still nowhere near what the country needs to replenish its population. If current trends continue, Japan’s population will fall to 95 million by 2050, from about 127 million now.

The Japanese government does what all Western-Style Democracies do when facing demographic problems. They give families tax breaks or cash payments to reinvigorate the birth rate. What they fail to examine is that the resource missing isn’t necessarily money. What two-worker families need more of isn’t income. What these people need is time. Thus, Central State policy will not enhance the Japanese birthrate in any meaningful way.

The earthquake, in and of itself, will not destroy Japan. Dropping two atomic bombs on Japan did not destroy Japan. What the earthquake has done perhaps, has forced the Japanese to realize that they had reached a moral and existential point of decision. They had lived in the Modern Consumerist Welfare State dream, while their culture drifted into moral senescence, and prepared to exit existence in a manner reminiscent of the decadent classical empires of both Rome and Athens.

Today, as nuclear reactors melt down, aftershocks continue to destroy their houses and infrastructure, The Nikkei goes into free-fall; touching off sympathetic reaction in the US major market indices this morning. Yet amid the tragedies there remain signs of hope. As the Japanese look into the abyss, the abyss looks into them and sees unflinching bravery.

Where looters shot at the helicopters sent to assist during Hurricane Katrina, the Japanese people patiently wait for aid and courageously dig for their relatives amidst the ruins of their housing. Where national leaders in America blamed each other for every mistake and angled for political advantage while New Orleans sunk beneath the storm surge, the Japanese government does everything in its power to prevent nuclear explosions and feed the now destitute. Where Americans riot and burn their own cities over the outcomes of high profile court cases, the Japanese abide. Americans caught in similar mayhem would run to the nearest ABC News camera. The Japanese show grace under pressure; then shed their tears and tear out their hair in private.

The Japanese People are facing the worst that fate can bestow upon the undeserving and have set an example for the world. Their economy may have cratered, their government may be stuck on spending autopilot, and their birthrate may now be far below replacement. However, nobody other than a purblind fool, uneducated in history, would ever seriously bet their own fortune against the Japanese.

I will predict the opposite of John Maudlin and say that the earthquake has awakened a complacent and declining land. Tomorrow’s Japan will accept the sage advice of Martin Heidegger and live from this day forward with the implicit knowledge that they will die one day. This will make each day, each life, and each opportunity more precious and vital. That moral awakening will make Japan arise and be greater than before. Is there any way that this could happen for the parlously solipsistic and increasingly deracinated Americans without an 8.9 magnitude earthquake?