Over at National Review, Jay Nordlinger is fuming and indignant. By William F. Buckley standards, his article Conservatives vs. Capitalism nearly requires a set of html rant tags. And on Jay’s behalf, I don’t necessarily believe anger is automatically bad.

Nordlinger considers himself to be a Conservative. He believes strongly in free enterprise. He sees his favored candidate, Mitt Romney, being lambasted for aggressively participating in a harsh form of free enterprise. This lambasting is by other Republicans, who ostensibly all claim to represent Conservatism. It pees in his Cheerios; as he expounds below.

The last two presidential election cycles have revealed a stinking hypocrisy in conservatives: They profess their love of capitalism and entrepreneurship, but when offered a real capitalist and entrepreneur, they go, “Eek, a mouse!” And they tear him down in proud social-democrat fashion. In the off season, they sound like Friedrich Hayek. When the game is on, they sound like Huey Long, Bella Abzug, or Bob Shrum.

Perhaps he had Governor Perry in mind with the comparison to Bob Shrum. Perry describes Mitt Romney’s work at Bain Capital below.

“I will suggest they’re just vultures,” he said of firms that “loot” other companies. “They’re vultures that are sitting out there on the tree limb, waiting for a company to get sick. And then they swoop in, they eat the carcass, they leave with that and they leave the skeleton.”

It all sounds like populist gibberish. Whatever is Repair_Man_Jack to do? All of the GOP candidates he’s willing to vote for have gone crazier than Ron Paul and started playing bongo drums in an OWS Encampment? Unlike the candidates in the gladiatorial arena, I get to take a step back and examine this a bit. Having done so, I reach the following conclusions.

The GOP candidates attacking Bain Capital are not strictly anti-capitalism. They are implying that it exploits people, but would all agree to a man that this result is a negative externality. The people playing bongos at the DNC; or any other OWS encampment, see capitalism in the same vain as Karl Marx before them. The exploitation they attribute to capitalism is a deliberate result of the system and it must therefore be hobbled or destroyed.

Many GOP Candidates, driven by desperation, opportunity and a certain level of personal conviction are taking a position on Capitalism that has been a force in so-called “Compassionate Conservatism” for a long time. We often decry this moderation and blame it for GOP Congressional overspending. However, it does come from a legitimate ideological fountainhead and deserves addressing. Cardinal Ratzinger (prior to his election as PM) wrote the following about how he saw the free market economies of the 1980’s evolving.

It is becoming an increasingly obvious fact of economic history that the development of economic systems which concentrate on the common good depends on a determinate ethical system, which in turn can be born and sustained only by strong religious convictions. Conversely, it has also become obvious that the decline of such discipline can actually cause the laws of the market to collapse.

More and more it looks like 2012 may turn into a values election instead of just “Jobs, Jobs, Jobs!” Even the economy, producer of the aforementioned “Jobs, Jobs, Jobs!,” is only a reflection of the society in which that operating system functions. Operate a market system among pirates, ne’er-do-wells, and dope-slingers and you’ll get really efficient markets for Nazi-Crank and sexual slavery.

I’m thinking a lot of new Tea-Party GOP voters internalize this ethos. It doesn’t cause them to hate free markets, the way a well-indoctrinated Leftist would. However, it causes them to think twice before they ever actually trust one. This is particularly true of Jacksonian voters amongst the low-income white working class.

In conclusion, a lot of Republican voters, particularly those who aren’t currently subscribed to Investor’s Business Daily or National Review, have ambivalent feelings towards capitalism. They understand the principle, but question the current people in charge of the execution. They don’t consider these question trivial and don’t consider themselves anywhere near as duplicitous as Huey Long or as deracinated as Bella Abzug.

Therefore, Mitt Romney has some ‘splaining to do if he wants to put the Bain Capital issue to bed well enough to get the Tea Party and the Social Conservatives out to the polls on his behalf. If the best Mr. Romney can come up with is “Villains ye were and LBO targets your employers remain!,” he has just either forfeited the nomination or worse. “I like firing people” could become this year’s version of “I supported the War in Iraq before I was against it.” 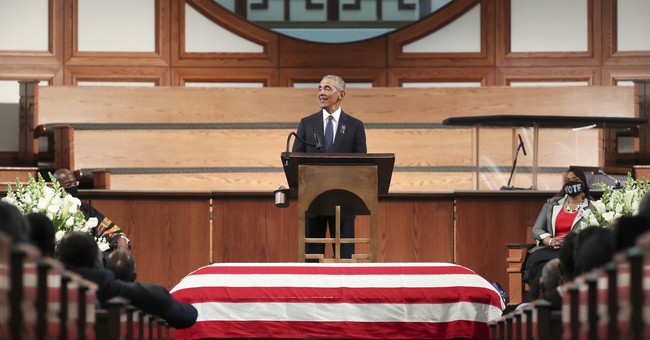