In a move sure to excite millennials everywhere, the University of Texas police issued a disorderly conduct citation to a preacher for the heinous crime of “offending someone.”

What’s more, the preacher in question was not even ON campus, he was just near campus and directing his voice TOWARDS the campus.

The preacher named Joshua, who was an intern with Campus Ministry USA, was standing outside off campus loudly speaking out against STDs and homosexual sex.  In the interest of full disclosure, I have no idea who Campus Ministry USA is, nor do I care to know.  I don’t need convincing that this intern was obnoxious and over the top, and is likely doing his cause more harm than good.  But what’s really striking here is how confident the police officer seems to be that what he’s saying is absolutely true.

Watch it for yourself here:

Officer: Alright so basically, what I was saying earlier, we had somebody that was offended by the gestures you were making.  And that’s our job, is to make sure that that doesn’t happen, because these are students just walking in this wall right here.  I know you’re not on campus…but you’re right off campus offending students on the- on the campus.  So, the job here is to write you up as a citation- disorderly conduct- for offending someone.

Officer: Does freedom of speech do what?

Intern: I’m sorry, can you say that again, it’s against the law to offend somebody?

A longer version can be found at The Daily Caller, who originally reported the story.  Use discretion, as it does use language some may find offensive.

To give credit where credit is due, this officer seems like a very patient, nice guy just trying to do his job.  Unfortunately he is charged with enforcing law that he does not seem to understand.  That’s a problem.

Now, it is important to note that the citation was reportedly withdrawn and an apology issued after the intern’s lawyer called the chief of police to complain.  But if this guy wasn’t lucky enough to have a lawyer to put pressure on the department?  I’m sure there are plenty of others who didn’t or don’t have the forethought to question the legality of an authority figure who is supposed to understand the law he is enforcing.

There are officers being sent out into the streets with the absurd idea that they are here to protect us all from being offended.  Apparently they promote safe spaces in police academies now, too. Terrible: A Poll About Trump’s COVID Diagnosis Reveals a Changing of the American Heart Trump Gives Another Surprise to Supporters Outside the Hospital, the Left Flips Out Despite COVID Panic on Capitol Hill, Pelosi Is Accused of Blocking Comprehensive Testing of House Members

Watch: Jake Tapper Melts Down in Disgusting Anti-Trump Rant Over the President Having COVID, Whines Incessantly With Hollywood Still Nervous, Regal Theater Chain on the Verge of Closing Tom Cotton: SCOTUS Vote Will Happen Even If...

Media Smears Guns At Protests, But They Miss Something 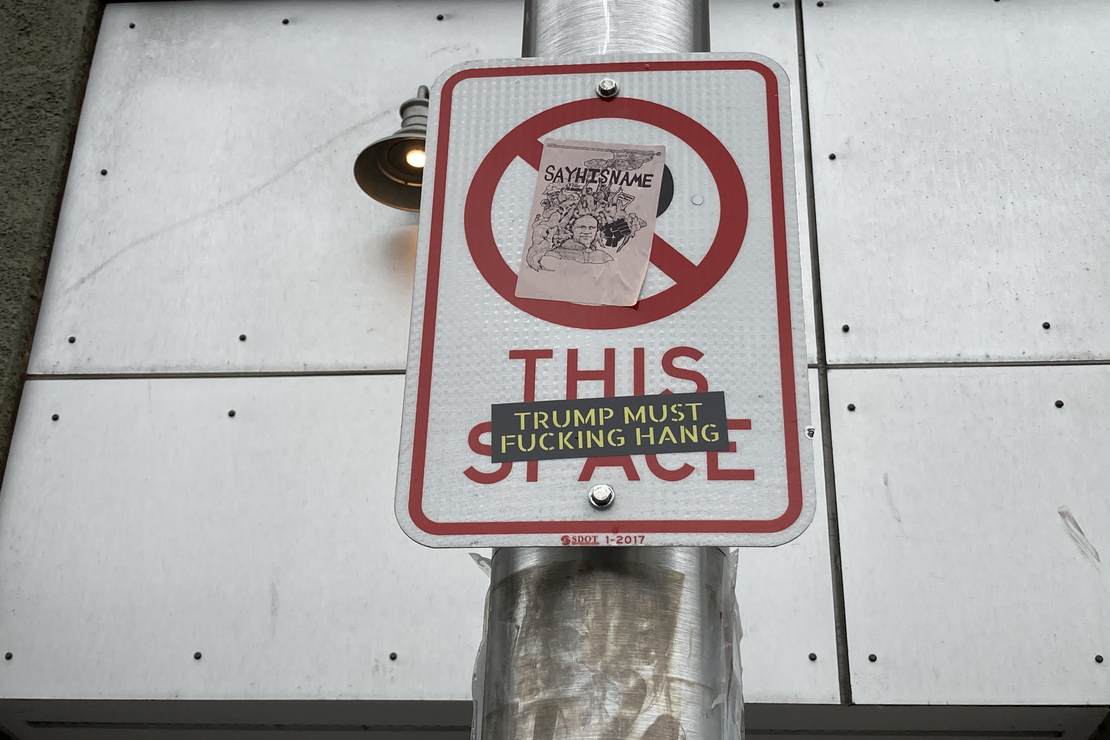 Insanity Wrap #63: Obsessed Left Wants Everyone Who Isn't Them to Just Die Already