The Democratic Senatorial Campaign Committee (DSCC), the organization working to elect Democrats to the United States Senate, posted a poll on their Twitter account Friday afternoon on the topic of Supreme Court Justices. It was an apparent attempt to encourage their followers on the issue of SCOTUS nominations — nominations that of course come from the President but must then clear the hurdle of the Senate. So far, the poll has not gone well for them.

The trouble with a poll like this is that while donors to the DSCC are obviously supportive of Democrats and their policies, and the majority of the DSCC’s Twitter followers likely are as well, Twitter is a public forum, and that poll isn’t exclusively accessible by Democrats.

The results quickly skewed to the right, with far more respondents marking their preference for Kavanaugh, a recent Trump nominee, over Ginsburg, a Clinton nominee beloved on the left as a liberal feminist icon, even inspiring “Notorious R.B.G.” memes.

By the time the first day of the poll had passed, the results had settled in around 70% for Kavanaugh and only 30% for Ginsburg. A number of prominent conservative Twitter accounts noticed the poll and retweeted it, cheering on their right-leaning followers to participate.

Matt Whitlock, the Senior Advisor for the NRSC (the Republican counterpart to the DSCC), posted a funny video with images of Amy Coney Barrett, the Circuit Judge for the U.S. Seventh Circuit Court of Appeals who is viewed as a likely potential next SCOTUS pick for Trump if there is another vacancy during his presidency.

Twitter obviously isn’t a scientific poll, and the only poll that truly matters regarding the approval of SCOTUS Justices is the vote of the membership of the Senate at the time, but this entire debacle well illustrates the power of the nation’s highest court in motivating voters on both sides, but especially the right.

Trump’s release of his SCOTUS short list — conservative judges suggested to him by groups like the Federalist Society and the Heritage Foundation — during the election was a key factor in solidifying his support from Republican voters. The issue remains a priority for many conservative voters as the 2020 elections approach.

UPDATE: The DSCC has thrown in the towel and deleted the tweet.

3. The @dscc has deleted this tweet after the results didn’t end up in their favor. pic.twitter.com/hb7IDdLMDi 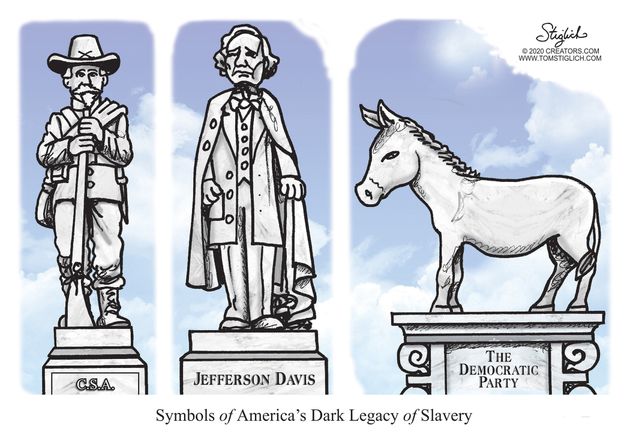