Since the news broke of Parkland shooting survivor and gun rights activist Kyle Kashuv’s excommunication from attending Harvard because of racist and anti-Semitic remarks he made online at age 16, there have been a lot of varying opinions expressed on the subject.

Perhaps no opinion was more anticipated than that of “The View’s” Joy Behar, who weighed in on the controversy today in exactly the manner you’d expect from a compassionate liberal.

Discussing the teen on Tuesday’s show, the liberal Behar unleashed: “[People] say that young people do these kind of things, that they need to get a lesson. They need to take a lesson from this. Well, this is the lesson. The lesson is you’re not getting into Harvard, okay? Take your gap year to contemplate your racism. That would be a productive year.”

ANA NAVARRO: Moral character matters, and what can I tell you? Kyle, the bad news is you can’t go to Harvard if you’re a sexist misogynist but you can grow up to be president.

BEHAR: He could go to Trump University. They would take him.

Not mentioned: He maybe could become the governor of Virginia, if only he was a hypocritical Democrat and gun control activist.

Watch video of the segment below:

HARVARD RESCINDS ADMISSION OVER RACIST POSTS: Parkland shooting survivor Kyle Kashuv says Harvard rescinded its admissions offer as a result of alleged racist comments he made prior to last year’s massacre — we discuss if Harvard made the right move. https://t.co/FAMU2rOB9x pic.twitter.com/UlaCkJJpKc

Just spitballin’ here, but can we get Behar to take a year each off from “The View” for all of the mistakes she’s ever made? Pretty please? I don’t think it’s too much to ask her to hold herself to the same standards to which she holds conservatives

In the interests of fairness and consistency, of course.

—————-
—Based in North Carolina, Sister Toldjah is a former liberal and a 15+ year veteran of blogging with an emphasis on media bias, social issues, and the culture wars. Read her Red State archives here. Connect with her on Twitter.– 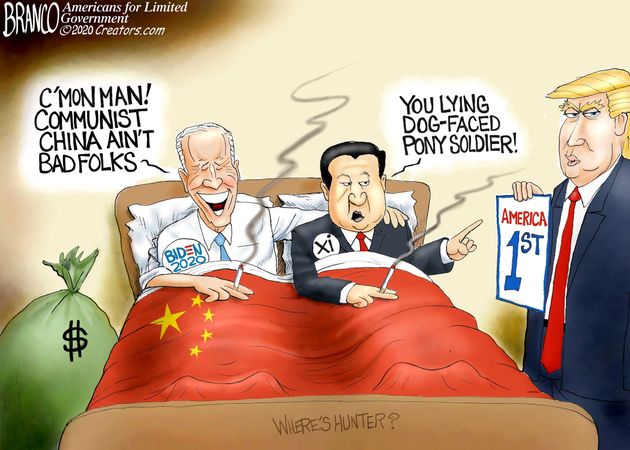