Kremlin-linked lawyer Natalia Veselnitskaya speaks to journalists in Moscow, Russia, Tuesday, July 11, 2017. Veselnitskaya admits she met with Donald Trump Jr. during the 2016 presidential campaign, but insists that she had no compromising information on Hillary Clinton to offer in contrast to what the email exchange released by Trump’s eldest son suggested. (AP Photo/Alexander Zemlianichenko)

And the spin goes on.

Rep. Jerry Nadler (D-N.Y.), chairman of the House Judiciary Committee, gave Chuck Todd of Meet The Press the talking point he’s been looking for when he wondered aloud Sunday why Special Counsel Robert Mueller didn’t charge Donald Trump Jr. and anyone else who met with Russian lawyer Natalia Veselnitskaya at the now-infamous Trump Tower meeting with “criminal conspiracy.”

It’s tempting to believe this was the indictment former CIA Director John Brennan was sure had to be coming the week before Mueller’s report was released. And Nadler explains his frustration at why it never did.

Nadler, appearing on NBC’s “Meet the Press,” noted that Mueller said he didn’t bring charges against those in the meeting because he couldn’t prove they willfully intended to commit a crime.

But Mueller, in his report, declined to bring charges because he said the standard for reasonable doubt could not be met that participants in the meeting (which included Jared Kushner and Paul Manafort) were aware what they were doing was unlawful.

“On the facts here, the government would unlikely be able to prove beyond a reasonable doubt that the June 9 meeting participants had general knowledge that their conduct was unlawful. The investigation has not developed evidence that the participants in the meeting were familiar with the foreign-contribution ban or the application of federal law to the relevant factual context,” Mueller added.

Trump attorney Rudy Giuliani, however, questions whether what the Trump Tower meeting participants did was illegal at all, implying that charges were not brought because there was no crime. He told Todd on the same show that the ostensible reason for the meeting — dirt on Hillary Clinton — ended up not being discussed at all. Rather, according to Giuliani, the group talked about Russian adoptions and said “there’s nothing wrong with taking information from Russians.” 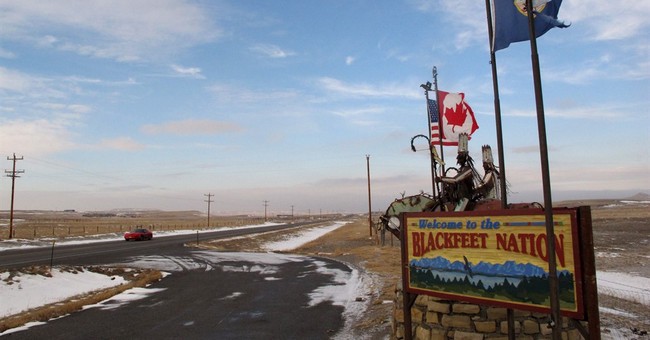 While the general press will undoubtedly (and tirelessly) discuss and debate this for weeks to come, now is a good time to offer a reminder: the reason Natalia Veselnitskaya was in the country at all, after having been denied a visa, was because the Obama administration granted her “extraordinary  permission to enter the country [under] immigration parole”

John Solomon, writing for The Hill in 2017, covered Veselnitskaya’s special dispensation to stay in the country, which would ultimately lead to a lobbying effort related to repealing the Magnitsky Act — a 2012 law punishing Russia for the death of Sergei Magnitsky — and a meeting that would ensnare members of the Trump team in a scandal.

The Russian lawyer who penetrated Donald Trump’s inner circle was initially cleared into the United States by the Justice Department under “extraordinary circumstances” before she embarked on a lobbying campaign last year that ensnared the president’s eldest son, members of Congress, journalists and State Department officials, according to court and Justice Department documents and interviews.

This revelation means it was the Obama Justice Department that enabled the newest and most intriguing figure in the Russia-Trump investigation to enter the country without a visa.

Later, a series of events between an intermediary for the attorney and the Trump campaign ultimately led to the controversy surrounding Donald Trump Jr.

Most interestingly, as Solomon writes, Veselnitskaya, via The U.S. Attorney’s office in New York, was granted immigration parole from October 2015 to early January 2016.

As much as it likely pains Chuck Todd and Rep. Nadler, there may be other reasons Mueller declined to bring conspiracy charges in the meeting with a Russian lawyer the Obama Administration had a hand in letting into the country.