Teachers Back Bernie, Which Explains A Lot

Bernie Sanders is surging in the polls, leading to a snarky back and forth on twitter between the socialist Senator from Vermont and the president. In short: Trump called Bernie crazy, and Bernie says Trump’s going to lose the 2020 election (presumably to him),

Bernie might be getting a little over his skis, but there’s one professional group that would love to see him win and have been according to some reporting the biggest financial backers of Sanders.

Which explains a lot about why the kids are embracing socialism, are convinced other countries are better than America, and maybe even why they are turning to radical activism.

Because the people they spend the bulk of their time with throughout the day are apparently instructing and encouraging them in that direction.

Of Democratic candidates, Sanders, according to OpenSecrets, has raised $2.9 million from educators ahead of the 2020 election, followed closely by Sen. Elizabeth Warren who raised $2.6 million. By contrast, Donald Trump falls short of half a million raised from the education industry.

It’s not hard to understand why: self-interest. Sander’s K-12 Education Plan “prominently features a $60,000 minimum salary for American teachers as well as limitations on charter schools and the expansion of teachers’ collective bargaining rights”.

He’d also allow teachers to advance themselves in their careers by going back to school for nearly free  in some cases by — you guessed it — taxing the evil rich.

Sanders was the first Democratic presidential candidate to bring forward a plan to cap student loan interest rates and eliminate all student loan debt, totaling $1.6 trillion. His proposal also aims to provide free-for-all public higher education, establish debt-free public colleges and reduce private and nonprofit school tuition for low-income students. To pay for the plan, Sanders said he would impose a tax on Wall Street speculators, which he said would generate $2.4 trillion in the next 10 years.

It looks like the teachers are looking out for themselves in backing Bernie, but about the kids they teach, which is supposed to be the reason they get paid?

Well they simply being taught to believe the same things argues this article in making the case for charter schools. (Bernie’s not a fan of charter schools, by the way.)

Traditional public schools don’t seem to care much about economics education. In fact, following the onslaught of mandates in other disciplines, it’s become something of an afterthought. Fewer than half of states require schools to provide an economics course. Only 17 require coursework in personal finance.

That’s a shame. Perhaps now more than ever, American students need to understand economics. Our era is marked by economic extremism marketed as meaningful change—and the public is taking the bait. Leading the charge on this front are, of course, presidential candidates Senators Bernie Sanders and Elizabeth Warren, who have released a host of radical plans endorsing everything from national rent control to free college to student debt cancelation. Sanders has also thrown his weight behind politicians like Seattle’s Kshama Sawant, who has advocated for nationalizing Amazon and Microsoft (imagine Amazon being run by the same people who brought you the DMV).

If students were to really wrestle through the basic problem of economics—that our unlimited wants go up against scarce resources—perhaps they’d more carefully consider the choices they make. That could mean taking out a loan, moving for a job, or attending a less expensive college. Perhaps they wouldn’t feel so financially despondent.

Of course teachers are led by teacher’s unions, which are notoriously in favor of socializing the profession to justify their existence. And not all teachers are happily skipping down the socialist primrose path.

But it would appear a great many of them are, led by the pied pipers of union leadership. And if teachers themselves are so easily led by bad policy, how can we expect them to lead our children toward anything different? 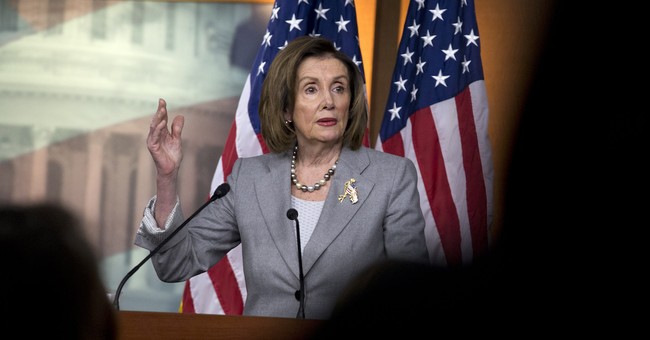