Yesterday, the 9th US Circuit ruled that the display of the American flag could be banned in a school if enough hoodlums threatened violence and the school lacked the will to do anything about it.

Apparently Live Oaks High School in Morgan Hill, CA allows a celebration of Cinco de Mayo. Cinco de Mayo, as we know is a Mexican holiday that was popularized in the US by chain restaurants wanting to sell super-sized margaritas and Dos Equis beer. Why that day? When it is safe to say 99% of the people celebrating it and a higher percentage of the students at Live Oak High School, regardless of heritage have never heard of the Battle of Puebla and couldn’t find it on a map. I don’t know.

Some American students, and I use that term deliberately without regards to ethnicity, objected to the giving over of the school to Mexico for the day and protested it by wearing American flags or American flag apparel. Mexican students, I don’t say Mexican-American for a reason that will be obvious, threatened them with violence for wearing the American flag. I’ll say this for the benefit of a small portion of the readers: yes, I understand this was a provocative “in your face” protest but I don’t care, that is what the Boston Tea Party was.

Rather than take action against those threatening violence, the principal, showing the moral and physical courage the educational establishment is so famous for, sent home the kids wearing American flags, in an American school, in freakin United States of America.

Am I surprised that the mouthbreathers who dominate the school system and the 9th Circuit concluded that upholding the rule of law was just too much work? Of course not. I don’t believe in leprechauns. This, though, regardless if it is repudiated upon appeal, marks an official recognition that we are not one country. It marks the utter collapse of American exceptionalism. It marks the triumph of the false god of multiculturalism.

I’ve often said that if you like multiculturalism you were in love with Yugoslavia (for the younger readers this was a real country not to be confused with the Duchy of Grand Fenwick, I’m sure it is in Wikipedia). When it reaches the point where kids are ejected from school because they wear our nation’s flag, we are nearly lost. 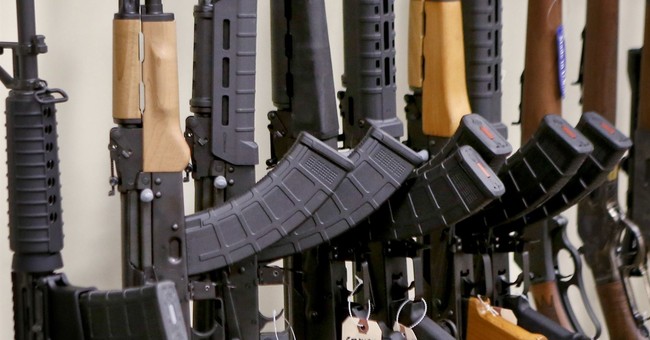 Virginia’s HB961 Is a Ban Under the Guise of Compromise 'You CAN'T be this stupid': Debra Messing tries playing dumb about her attempt to 'blacklist' Trump supporters and it's just SAD