Nearly everyone but the Obama administration has heard of the genocide of Turkey’s Armenian minority in which as many as 1.5 million Armenians were deliberately murdered by the Turkish government. While the Armenians were targeted for their ethnicity, what is widely overlooked is the fact that the Armenians were Orthodox Christians who inconveniently enjoyed conspicuous success in an Islamic nation. Now that the Turks have essentially finished off the Armenians, they have been hard at work eliminating the remaining Christians. On the eve of World War I, over 20% of Turkey was Christian. Now it is less than 2%. This is not an accident.

While Turkey embraces religious liberty in its constitution, the facts on the ground are rather different.

Simply put, this means that Christian denominations cannot own property and they do not have status in courts. This plays out with church property being titled to individual “foundations” which are, in turn, regulated by the Turkish government.

The GDF can seize a minority foundation when the GDF unilaterally deems the foundation to “no longer be of charitable or practical use.” In fact, the GDF has seized 17 Greek Orthodox foundations since 1970, thereby confiscating almost 1,000 properties belonging to them. (See below.) The GDF can also unilaterally prevent the foundation boards from holding elections.2 This reality has been largely responsible for the loss of Patriarchal properties (owned via the foundation system). Many of the properties produced income upon which the Ecumenical Patriarchate relied. In 1936, the year the foundation law went into effect, the Ecumenical Patriarchate, its churches and institutions registered approximately 8,000 properties. In 1998 only 2,000 remained. Today that number is less than 500, many of which are churches or other property which produce no income.

This rule serves only one purpose. It allows the Turkish government to handpick the successor to the current Patriarch of Constantinople… or simply not pick one.

Ecumenical Patriarch Bartholomew is the living embodiment of an ancient tradition. From his historic base in Istanbul, Turkey, the 270th Patriarch of Constantinople claims to be the direct successor of the Apostle Andrew.

Today he’s considered “first among equals” in the leadership of the Greek Orthodox church, and is the spiritual leader of 250 million Orthodox Christians around the world. But few of them are in his own home country.

“We are a small Christian minority,” Bartholomew laments.

“We have suffered because of Greek-Turkish confrontation, struggle, and a lack of mutual trust and confidence. And that is why we lost most of our faithful.”

Turkey’s once-flourishing Greek community is fading away. The country is predominantly Muslim and led by a secular government that’s had a complicated relationship with the patriarchate.

If Turkish laws, demographics and attitudes aren’t changed, Bartholomew could ultimately be the last Patriarch of Constantinople.

“We are not all in despair for the future of our church,” Bartholomew said. “It is not easy, but it is not impossible.”

The Turkish government can veto any candidate put forward for the position of patriarch. And it requires the patriarch be a Turkish citizen. Bartholomew is, but most of those best qualified to succeed him are not.

There is not a single non-Muslim in Turkey’s security forces and civil service. This is considered a feature not a bug:

Stefanopulos is an outspoken leader of Istanbul’s Greek community. About 50 years ago, that community numbered more than 100,000. Today, it’s probably less than 3,000.

He insists that decline was not accidental. Instead, he blames the Turkish government. Decades ago, he said, they targeted ethnic Greeks with nationalist policies, like wealth taxes, property seizures, and campaigns to speak only Turkish in the streets.

Then there was the pogrom in 1955: riots directed against Greeks and Greek-owned property. The violence was later found to have been orchestrated by Turkish authorities.

As a result, Greeks left Istanbul in droves. “The Turkish government somehow managed to do a bloodless ethnic cleansing,”

The last Turkish seminary was closed in 1971

Some time ago, the General Directorate of Foundations in Turkey returned 470 acres of land to the Halki seminary, one of the most important educational institutions for the country’s clergy and the place where approximately one thousand priests from the Ecumenical Patriarchate of Constantinople were ordained between 1844 and the day – in 1971 – when the Turkish government decided to close it down.

The decision was taken on the basis of a 1961 law which stipulated that “only Turkey’s armed forces and the police were allowed to open private colleges.” But although the land was handed back, the seminary remained closed, giving rise to the decade-long dispute between the Patriarchate and Tayyp Erdoğan’s Islamic government. It also sent out a negative signal concerning the treatment of Turkey’s ethnic and religious minorities.

There is no work around available by bringing in foreign priests. All priests must be Turkish citizens and foreigners require a work permit. As Christian denominations have no legal status in Turkey, they can’t request work permits. Though the current government is slowly returning confiscated Church properties, it seems to be doing so based on the calculation that Turkey’s Christian communities have been effectively destroyed rather than based on a change of heart. 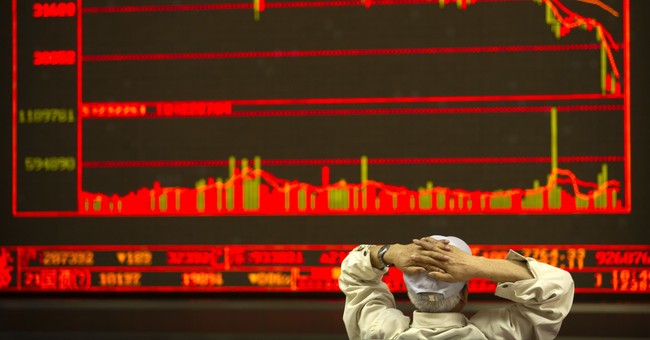 While the world is focused on the terrible plight of Christians in areas controlled by ISIS, Turkey continues it slow motion genocide of its own Christian population and no one blinks.

Will Trump Defund California Schools If They're Teaching the 1619 Project? Wealthy NYC Female Student Busted for Rioting, but It's Her Dem Connections People Are Commenting On

Antifa Guy's Feet Get Lit up by Molotov Cocktail From His Buddies; Internet Reacts Wealthy New Yorker Was Arrested for Rioting. Here's Who She's Politically Connected to.

No, Mother Jones, We Gun Owners Won’t Come To Save You