For Afghan child-rape we need to impose the Yamashita Rule

On December 7, 1945, a US military tribunal in Manila handed down a death sentence to Japanese General Tomoyuki Yamashita, the victor of Malaya and Singapore and the last commander of Japanese forces in the Philippines. The reason was not anything Yamashita had done, rather to the contrary, he was to be hanged for what he had failed to do. From the verdict in the trial transcript:

General Yamashita : The Commission concludes : (1) That a series of atrocities and other high crimes have been committed by members of the Japanese armed forces under your command against people of the United States, their allies and dependencies throughout the Philippine Islands ; that they were not sporadic in nature but in many cases were methodically supervised by Japanese officers and non-commissioned officers ; (2) That during the period in question you failed to provide effective control of your troops as was required by the circumstances.

Accordingly upon secret written ballot, two-thirds or more of the members concurring, the Commission finds you guilty as charged and sentences you to death by hanging.

Last week we posted on the apparent policy of the Obama administration that says child rape by Afghan forces we are advising and supervising is just peachy keen. This has led to the sorry spectacle of two US Special Forces soldiers, Captain Daniel Quinn and Sergeant First Class Charles Martland, being relieved of duties and involuntarily discharged for intervening to prevent the rape of children by an Afghan police official.*

Members of Congress are asking for an investigation and for Martland’s discharge to be put on hold. Predictably, the Army has denied the allegation but in a dog’s breakfast of weasel words that virtually screams, “hell, yes, it is true but this is what our lawyers say.”

Army Gen. John Campbell, the top U.S. commander in Afghanistan, on Tuesday pushed back against reports that U.S. troops serving there have ever been told to ignore sexual abuse of children by their Afghan counterparts.

“I personally have served multiple tours of duty in Afghanistan and am absolutely confident that no such theater policy has ever existed here, and certainly, no such policy has existed throughout my tenure as commander,” Campbell said in a statement.

The issue has received renewed attention after The New York Times published a report on Sunday that said some U.S. troops were allegedly told by supervisors to ignore abuse of young boys by Afghan security forces, and have even been punished for trying to intervene or tell others.

The Pentagon on Monday condemned the abuse of young boys — a practice in Afghanistan known as bacha bazi — but said it was a local law enforcement matter for the Afghan government.

Read that last sentence twice. That means that Martland and Quinn are correct about the policy. It also means the Army is running a “heads-I-win-tails-you-lose” game where soldiers are expected to report child rape up the chain of command — where nothing happens — and do nothing. But the first moment someone outside the military reports that child rape went on while US forces stood by, you can bet the hyper-SJW forces that apparently call the shots in the US military today will crucify those troops. 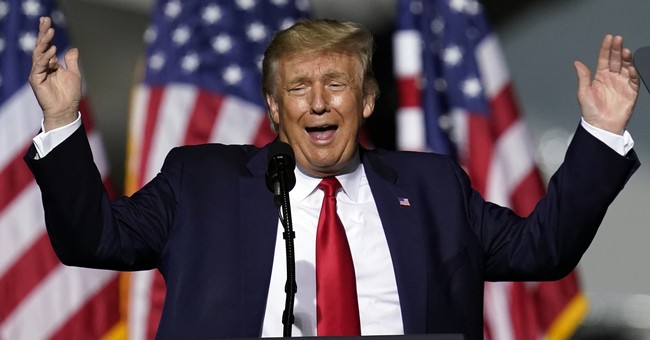 Serving with an indigenous force is always problematic. Sometimes it might only be Filipino soldiers laughing as you try balut. If you are operating in a conventional environment it can be dangerous. One of the Afghan police chiefs with a harem of young boys used one of them to kill several US Marines who had complained of his activities. In an unconventional environment, intervening in an unconventional environment, where you are advising indigenous forces well away from support, it can be fatal if you make too big of a stink. From the classic memoir: Behind Japanese Lines: An American Guerrilla in the Philippines

The fact remains, under the law of land warfare, you have a positive duty not only to report war crimes after the fact, you have a duty to STOP war crimes. In this case, child rape was illegal both under the laws of the United States and the law, such as it is, of Afghanistan. That violation of the law was aggravated by the fact that the actions of the pederast in question actually put the mission of the unit in jeopardy.

Enter the Special Forces deputy group commander, Colonel Steve Johnson, who apparently has never heard of the Army policy that allegedly did not condone child rape:

The incident ran counter to training Green Berets receive before they embed in small Afghan communities. They’re taught to attempt to motivate Afghans by using encouragement, not force.

“You cannot try to impose American values and American norms onto the Afghan culture because they’re completely different,” Johnson said. “We can report and we can encourage them. We do not have any power or the ability to use our hands to compel them to be what we see as morally better.”

Again, let me say this very clearly. This is a lie on several levels. The act Quinn and Martland witnessed was against Afghan law and it was objected to by the family of the boy. This is not a moral issue. This is a legal issue. To highlight the point of how specious this statement is you have to consider that Johnson did not dare offer punishment to either soldier under the UCMJ. That would have resulted in a trial by court-martial and he would have been exposed. He elected to relieve Quinn, ending his career automatically. Then he directed a negative efficiency report — this, by the way, is a violation of Army regulation — be filed on Sergeant Martland guaranteeing that he would be pushed out of the Army by an early separation board (you are reading this last portion for the first time anywhere).
But don’t take my word, listen to the New York Times (one can’t help but note that this is yet another senior officer that has never heard of Army policy):

The American military’s defense of the policy is laughable. In an email, the spokesman for the American command in Afghanistan, Col. Brian Tribus, argued that allegations of child abuse committed by members of the Afghan military or police “would be a matter of domestic Afghan criminal law.” But the track record for Afghanistan bringing sexual predators to justice isn’t encouraging. In 2010, two Marine officers persuaded the Afghan authorities to arrest a police commander after a litany of abuses, including corruption, support for the Taliban and child abduction. But just two years later, he was back with a different unit in Helmand Province.

Colonel Tribus also said there was “no express requirement that U.S. military personnel in Afghanistan” report abuses except when rape is being used as a weapon of war. He’s wrong on several counts, legal experts say. Sexual abuse would appear to violate the Geneva Conventions, which prohibit violence, cruel treatment and “outrages upon personal dignity” against people taken into custody. International human rights law outlaws rape.

The Geneva Conventions and federal law also impose an obligation on the United States to investigate and prosecute violations of the laws of war under its jurisdiction, including military bases in Afghanistan. “There are no gray areas here,” said John Sifton of Human Rights Watch. [my italics]

Fourteen long years of war and billions of dollars invested have proved that the United States cannot remake Afghanistan. But there should be no question that the American military cannot allow such practices on its bases or give Afghans at any level the impression that such practices are condoned. Nor should service members like Captain Quinn and Sergeant Martland be penalized for refusing to turn a blind eye when a boy is kept as a sex slave.

What happened on that compound was a war crime: rape. It was a crime committed by a US ally under the supervision of US forces. US forces were present during the incident and witnessed it. It is clear from Colonel Johnson’s own words that he thought a pot-bellied police chief raping a young boy was a quaint cultural custom. We know that this conduct had been reported to Johnson and he had a duty to do something, and “something” does not extend to “nothing.”

Quinn and Martland were in an impossible position. They could stand by and acquiesce in an action that was criminal, morally reprehensible, and deleterious to the mission success. They could report the offense knowing that their commander was perfectly fine with the action of the pederast and would do nothing. Or they could act in a way that would set a positive example for the Afghan police that they were expected to obey the law and in a way that would win the trust of the villagers they were trying to win to the Allied cause.

In 1945 and 1946 we tried and executed hundreds of Japanese and German officer and soldiers who did not personally commit a war crime but who stood by, like Colonel Johnson, and did not lift a finger as war crimes were committed. In the case of General Yamashita, he was not even in contact with the units that committed atrocities and there is no evidence he knew of the atrocities or would have condoned them or even exercised command beyond the reach of his voice. But merely by being the commander he was responsible and that fact brought him to a gallows at the prison at Los Banos on February 23, 1946.

The wrong men have been punished here. They are being punished for violating a directive that the US Army has denied even exists. The men who should be punished are being promoted and their careers advanced. This is the sign of an Army that is so morally corrupt, so bereft of moral and institutional leadership, that is can’t be bothered to enforce the most basic rules of civilized behavior and, therefore, cannot be trusted.

*As an aside, I am told by people I respect that this policy was extant under the Bush administration. I have no reason to doubt that, neither do I have any proof. The Toronto Star carried a 2008 story headlined Don’t look, don’t tell, troops told.

Canadian soldiers serving in Afghanistan have been ordered by commanding officers “to ignore” incidents of sexual assault among the civilian population, says a military chaplain who counsels troops returning home with post-traumatic stress disorder.

The chaplain, Jean Johns, says she recently counselled a Canadian soldier who said he witnessed a boy being raped by an Afghan soldier, then wrote a report on the allegation for her brigade chaplain.

In her March report, which she says should have been advanced “up the chain of command,” Johns says the corporal told her that Canadian troops have been ordered by commanding officers “to ignore” incidents of sexual assault. Johns hasn’t received a reply to the report.

TIME Magazine, also in 2008, ran a story titled Afghanistan’s Epidemic of Child Rape. The article interviews the US general overseeing training of Afghan police but doesn’t mention US forces overlooking abuse. CNN’s report, Afghan children raped with ‘impunity,’ U.N. official says, likewise does not mention complicity by the US military.

So while the policy may have existed, it is also difficult to believe it would have escaped notice of a press so hostile to Bush and Rumsfeld.

How Biden continues to eat into Trump’s base