Even by the numbskullery that has characterized what passes for American foreign policy under Obama, this latest has to take the cake:

“It is very important for us to not respond with fear. As I said, that’s hard to do because we see the impact in such an intimate way with the attacks that they make,” Obama said at a press conference.

“But we defeat them in part by saying you are not strong, you are weak. We send a message to those who might be inspired by them to say you are not going to change our values of liberty and openness and the respect of all people. And I mentioned at the baseball game yesterday, one of my proudest moments as president was watching Boston respond after the Boston marathon attack.”

This would be the baseball game where Obama was cavorting with Raul Castro while political prisoners languished in Cuban prisons and wanted American criminals wandered Cuba free from fear.

President Obama does the wave with Castro before baseball game in Cuba -> pic.twitter.com/NQRyQ0TxJc

For Rioters, If You’re Visited by the FBI — Legal Advice on the GoFundMe Page for PDX Protest Bail Fund

It is pretty easy for Obama to counsel us to “not respond with fear” because he has the Secret Service to protect him. He isn’t going to get blown up in an airport or on a subway. No one in his family is going to be gunned down in a recruiting office or at a Christmas party of low level civil servants. Personally, I think that to be without fear at a time when the US government is more concerned about sucking up to Islamic radicals in CAIR than in defending Americans from attack is not a great evolutionary strategy. It is sort of like walking at night through the worst neighborhood you can imagine, with $100 bills hanging out of your pockets, and refusing to be afraid because muggers are actually very nice people who have been treated terribly and who are misunderstood.

The actual fact is that ISIS and its confederate organizations don’t really care what we believe about them because they know that America under Obama and Europe under its current crop of compromised leaders will take no action to stop them. We can have liberty and openness and we can respect all people while utterly crushing every last vestige of radical Islam. We really can’t have any of those so long as we allow these monomaniacal killers to surf along on waves of tolerance and “islamophobia”-fear. For Rioters, If You’re Visited by the FBI — Legal Advice on the GoFundMe Page for PDX Protest Bail Fund You Won't Believe What Was Dropped Onto Israel This Week

CBS Claims Riots in Rochester 'Largely Peaceful,' Gets Dunked Around the Block by Sharyl Attkisson and the Internet Columnist Warns: 'You Ain't Seen Anything Yet'; Democrat Party Has 'No Intention of Accepting' 2nd Trump Term Why the economic scars of rioting will haunt Minneapolis for decades 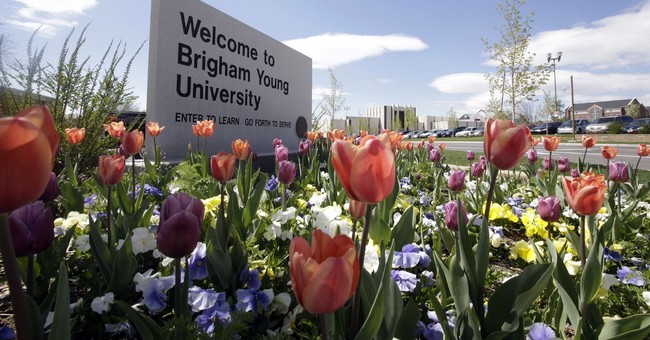