What? Will Homeland Security Stop Using “Jihad” And “Sharia” In Reports And Documents?

Because nothing lets you fight something like not being able to talk about it.

According to The Daily Caller, some of the findings are, well, exotic:

In addition to combating violent extremism by reaching out to “gender diverse” Americans and teaching youth “appropriate online etiquette,” the report recommends that the DHS “avoid stigmatizing specific communities.”

For example, the report says the DHS should be “using American English instead of religious, legal and cultural terms like ‘jihad,’ ‘sharia,’ ‘takfir’ or ‘umma.’”

The report acknowledges that, “There is a disagreement among scholars, government officials, and activists about the right lexicon to use around the issues of violent extremism.”

Nevertheless, the report states, “Under no circumstance should we be using language that will alienate or be disrespectful of fellow Americans.”

“We must speak with honor and respect about all communities within the United States. We should give dignity to the many histories and diversities within our nation and advocate for a consistent whole of government approach that utilizes agreed terms and words. Tone and word choice matter,” the report states.

The best face you can put on this report is that it is a blueprint for excusing and normalizing Islamic violence while simultaneously targeting anyone actually fighting Islamic extremism as an “Islamophobe” and hamstringing the ability of the Department of Homeland Security, should it actually be so inclined, to actually describe the actions we are seeing.

The idea of using English translations of Arabic terms that have a very specific meaning and context is simply a strategy to ensure those terms are never ever used in official discussions and policy making. AOC's Boston University joins the woke movement by addressing racism AND offensive mascots by...targeting the name of a dog 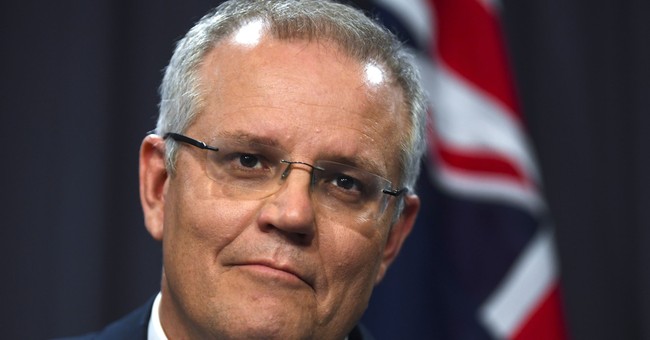 Senate Republicans wonder: Should we replace Columbus Day with Juneteenth as a federal holiday?