On June 27, the Associated Press ran a story about a meeting between EPA administrator Scott Pruitt and the CEO of Dow Chemical, Andy Liveris. The title: EPA chief met with Dow CEO before deciding on pesticide ban.

Environmental Protection Agency Administrator Scott Pruitt’s schedule shows he met with Dow CEO Andrew Liveris for about half an hour March 9 during a conference held at a Houston hotel. Twenty days later, Pruitt announced his decision to deny a petition to ban Dow’s chlorpyrifos pesticide from being sprayed on food even though a review by his agency’s scientists concluded that ingesting even minuscule amounts of the chemical can interfere with the brain development of fetuses and infants.
…
Liveris has close ties to the Trump administration. He heads a White House manufacturing working group, and Dow wrote a $1-million check to help underwrite the president’s inaugural festivities.

The story goes on to recount just how super duper bad a Dow pesticide called chlorpyrifos–best know under trade names Dursban, Lorsban, Bolton Insecticide, Nufos, Cobalt, Hatchet, and Warhawk–is and tries to draw the implication without saying it that the DOW CEO is a Trump backer and this private meeting had some nefarious purpose that involved killing children and pulling the wings off flies, because, you know that is what business and Republicans do when they get together. For instance, Common Dreams covers it this way, EPA Chief Scott Pruitt Met With Dow CEO Just Before Killing Effort to Ban Toxic Pesticide.

The problem is that the meeting never took place.

Both EPA and Dow objected and issued statements saying that the meeting didn’t happen but AP refused to correct the story until after business hours Friday ensuring the original reporting would get maximum distribution.

This is how AP explains it:

In a story June 27, The Associated Press, relying on schedules provided by the Environmental Protection Agency, reported erroneously that EPA Administrator Scott Pruitt met with Dow Chemical CEO Andrew Liveris for about a half-hour at a Houston hotel. A spokeswoman for the EPA says the meeting listed on the schedule was canceled, though Pruitt and Liveris did have a “brief introduction in passing.”

Left unexplained is how, with all the layers of fact checkers and editors we are told exist in the traditional media, in a story that insinuated a quid pro quo on the part of Pruitt, AP never bothered to verify that a meeting took place or even to ask about what happened at the meeting. 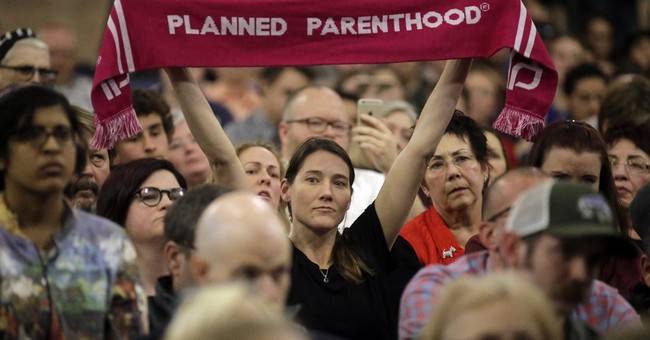 Rioting Isn’t Helping Black Lives Matter Or Anyone Else