Two mostly unrelated stories have hit over the past week that are extracting a lot of collateral damage from both the FBI and the Justice Department.

The first, broken by The Hill, was the revelation that there was widespread corruption involved in the whole Uranium One deal, that deal okayed by Hillary Clinton that gave Russia rights to most uranium mined in the US and the Clinton Foundation some tens of millions of dollars. In the end, the Justice Department did not follow all the leads that led to Bill Clinton, to the Clinton Foundation, and to Hillary Clinton. And it soft-pedaled the announcement of the indictments and final resolution. It did not communicate with Congress about the case and it locked its key witness up tight with a non-disclosure agreement that might as well have been authored by Harvey Weinstein for some starlet. The head of the FBI during nearly all of this investigation was Robert Mueller. Rod Rosenstein, now Deputy Attorney General, was the US Attorney for Maryland and oversaw both the prosecution and the Cone of Silence that was slapped on the case.

The second story is that the FBI used a dossier developed by a foreign national as grounds for FISA warrants on both Carter Page and Paul Manafort. Nothing wrong with using oppo for this so long as the FBI was able to independently corroborate the facts. According to former CIA director Mike Morrell;

“We have reports that the freelance spy who put together some of the information in the dossier was paying Russians for their information and used intermediaries. Former acting CIA director and Hillary Clinton campaign surrogate Michael Morrell said this was discrediting:

“‘Then I asked myself, why did these guys provide this information, what was their motivation? And I subsequently learned that he paid them. That the intermediaries paid the sources and the intermediaries got the money from Chris. And that kind of worries me a little bit because if you’re paying somebody, particularly former [Russian Federal Security Service] officers, they are going to tell you truth and innuendo and rumor, and they’re going to call you up and say, ‘Hey, let’s have another meeting, I have more information for you,’ because they want to get paid some more,’ Morrell said.

Moreover, the FBI entered into an agreement with Steele to dig up more dirt on Trump AFTER he was president-elect. This, to be conservative about it, is simply unprecedented in American history:

After the election, the FBI agreed to pay Steele to continue gathering intelligence about Trump and Russia, but the bureau pulled out of the arrangement after Steele was publicly identified in news reports.

Comey is a Mueller protege, and Comey’s conduct in the Russia probe, both in the use of the dossier and in his decision to not warn Trump about either Page or Manafort being under surveillance, are being investigated on Capitol Hill.

Today the Wall Street Journal’s editorial board takes stock of the whole mess:

The more troubling question is whether the FBI played a role, even if inadvertently, in assisting a Russian disinformation campaign. We know the agency possessed the dossier in 2016, and according to media reports it debated paying Mr. Steele to continue his work in the runup to the election. This occurred while former FBI Director James Comey was ramping up his probe into supposed ties between the Trump campaign and Russians.

Two pertinent questions: Did the dossier trigger the FBI probe of the Trump campaign, and did Mr. Comey or his agents use it as evidence to seek wiretapping approval from the Foreign Intelligence Surveillance Court of Trump campaign aides?
…
All of this also raises questions about Special Counsel Robert Mueller’s investigation. The Fusion news means the FBI’s role in Russia’s election interference must now be investigated—even as the FBI and Justice insist that Mr. Mueller’s probe prevents them from cooperating with Congressional investigators.

Mr. Mueller is a former FBI director, and for years he worked closely with Mr. Comey. It is no slur against Mr. Mueller’s integrity to say that he lacks the critical distance to conduct a credible probe of the bureau he ran for a dozen years. He could best serve the country by resigning to prevent further political turmoil over that conflict of interest.

The American public deserves a full accounting of the scope and nature of Russian meddling in American democracy, and that means following the trail of the Steele dossier as much as it does the meetings of Trump campaign officials.

Right now it is impossible to believe that Mueller can investigate the actions of his long-time protege James Comey with anything like the detachment he needs, and worse, even if he were able it would be impossible to convince a dispassionate observer that he did not have an unresolvable conflict of interest in the investigation that makes any result questionable.

I don’t know that this warning shot will have any effect but one thing is for certain, if the editorial board of the Wall Street Journal are thinking it, then a lot of people in high places are thinking the same thing.

Harry and Meghan and Giustra 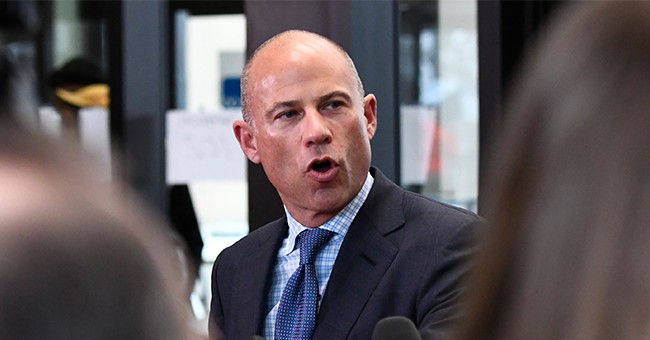 I'm So Sorry This Is Happening to You: A Requiem to All the Idiot Anti-Trump Liberals Who Palled Around with Michael Avenatti

Nancy Pelosi Should See These Videos From Iran Rep. Brian Mast met with silence after asking for a name of a fallen service member that didn't justify the Soleimani killing