The Miss America Organization Comes Up With Sure Fire Success Strategy

FILE – In this Sept. 11, 2016, file photo, Savvy Shields, a University of Arkansas art major, dances at the Miss America pageant in Atlantic City, N.J. Shields won the competition and served as Miss America until September 2017. After an Arkansas politician criticized a billboard promoting the University of Arkansas’ dance program and said schools should promote other skills, Shields said the state needs entertainers and engineers. (AP Photo/Mel Evans, File)

Great idea. But who, exactly, is going to sponsor a show that features a hirsute Jabba the Hut engaging in a “live interactive session with the judges, according to a statement from the Miss America Organization, “where she will highlight her achievements and goals in life and how she will use her talents, passion, and ambition to perform the job of Miss America?”” Who is going to compete in something that has suddenly become not very cool? And more to the point, who in the hell is going to watch this travesty?

This has been inevitable for a number of years as the idea of a beauty contest has become oppression by the patriarchy while at the same time hard- and soft-core porn has become nearly ubiquitous on the internet and cable television. The Miss America pageant has faced a perfect storm of being berated by feminist harpies and their beta male pets as degrading women while at the same time being so tame (bikinis didn’t debut in the pageant until 1997) that it lost any risque element that could keep viewers who wanted that. I don’t know what the demographics are of the Miss America pageant broadcast viewers but my totally unscientific guess is that it isn’t a lot of feminist professors thinking, “gee, I really wish I could hear more of her ideas and see her play that kazoo while riding the unicycle just one more time.” I’d go so far as to bet the viewership spikes during the swimsuit competition, shows moderate interest during the evening gown segment and goes black during the rest as the audience is either in the kitchen getting a beer or in the bathroom taking a whiz.

Don’t get me wrong, I understand why a lot of women might find very pretty girls parading about in swimsuits offensive…or threatening. What I’m unclear on is why I should care. The bottom line is that the Miss America pageant is a commercial proposition and the contestants have made a decision that participating is NOT demeaning to them and it might even be a career plus. That is really all that should count.

I’ve never bought into the spin that the contest is about scholarships. It’s obvious to most anyone that the ticket to winning the pageant has little to do with the desire to become a tenured professor or the ability to play Mozart sonata. Again, I’d wager that more of the contestants are hoping to get noticed by a nicer Harvey Weinstein and start movie career than want an advanced degree in particle physics.

What Carlson has done, intentionally or no, is set the pageant up for yet more criticism. This is from HotAir colleague Allahpundit:

The pageant’s going to end up in a no-win situation. If next year’s contestants are the same crop of fabulously beautiful young women they have every year, albeit more modestly dressed, they’ll get hit for betraying Carlson’s promise this morning that “We will no longer judge our candidates on their outward physical appearance.” They’ll still be judging them on physical appearance, they just won’t be parading them half-nude. If they go strong in the opposite direction, populating the ranks with “untraditional” candidates, people will wonder what the point of continuing this event is.

The Miss America Organization is facing exactly the same pressures faced by the Boy Scouts. People who neither like nor support the organization are outraged, the gutless wimps running it cave, and the death spiral begins. 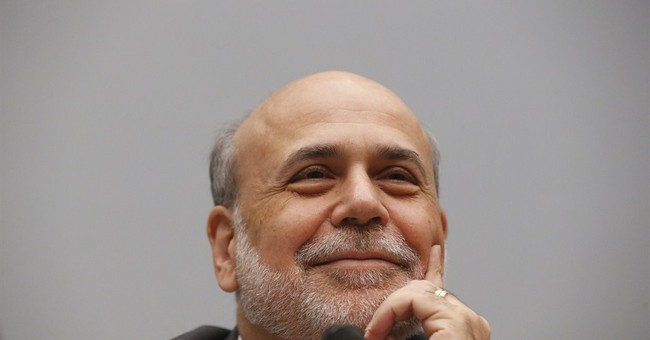 Fed Balance Sheet vs. Stock Market; Will QE Cause Inflation?

Recent Michael Bloomberg Comments on Transgenderism Surface, 'Some Guy In a Dress'