According to numerous reports, the Trump administration has decided to withdraw all funding from the controversial UN Relief Works Agency, this is the agency, separate from the UN High Commissioner on Refugees, which operates exclusively among Palestinian “refugees.” The current budget is about $1.23 billion and the US contribution is approximately $350 million.

The Trump administration has decided to cancel all U.S. funding of the United Nations aid program for Palestinian refugees, part of its determination to put its money where its policy is as it seeks a recalculation of U.S. foreign aid spending and prepares its own Israeli-Palestinian peace plan.

In an announcement to be made within the next several weeks, the administration plans to voice its disapproval of the way the U.N. Relief and Works Agency, or UNRWA, spends the funds and to call for a sharp reduction in the number of Palestinians recognized as refugees, dropping it from more than 5 million, including descendants, to fewer than a tenth of that number, or those still alive from when the agency was created seven decades ago, according to officials familiar with the decision.

Any such reduction would effectively eliminate, for most Palestinians, the “right of return” to land contested with Israel. More immediately, many regional foreign policy and security experts, including in Israel, say that slashing UNRWA’s budget, amid a call to “de-register” refu­gees, would worsen an already disastrous humanitarian situation, especially in Gaza, and sharply increase the level of violence.

(See my stories on the UNRWA)

The UNRWA is an agency that is profoundly anti-Israel. It’s schools teach the most virulent and violent forms of anti-Semitism imaginable. UNRWA staff are often controlled by terrorist groups like Hamas. The purpose of the group is not to resettle refugees, but to keep the refugee identity alive and with it the “right of return” that the Palestinians demand as part of any peace settlement. The existence of a some 5 million “refugees,” most being 3 and 4 generations removed from 1948, imbued with a hatred of Jews waiting to claim land they allege they abandoned during Israel’s War of Independence, is pretty much a deal-breaker.

The Trump admin will publish a report intending to prove that there are only 0.5 million Palestinian refugees & not over 5 million as @UNRWA reports. The admin will officially reject UNRWA's policy of counting descendants (2,3,4 generation) of the 1948 refugees as refugees too.

The Israeli gov is seeing this as a victory. The Trump administration "is fully adopting Israel's position" officials in Jerusalem told Channel 2. https://t.co/QbWPPmyoyO
(Hebrew)

This would be a major political win for Netanyahu personally, who is fighting off challenges from the far-right (not the center or Left). Bennet recently attacked Netanyahu for being too soft on Hamas, but it's harder to challenge a leader achieving such wins for the Right.

The leaders of the current center of political & financial power in the Middle East, the Arab Gulf states, are increasingly disinterested in the plight of the Palestinians, preferring to focus on Iran & internal squabbles. Israel maintain not-so-secret relations w/ all of them.

Here you have to appreciate the irony of Iran’s aggressive expansion in the Middle East being the catalyst than neutralizes the Palestinian issue and brings Arabs and Israel closer together.

Hamas' rule over Gaza is a useful talking point for Israel, on the rare occasions foreign officials even mention that Israel should negotiate to end the occupation.
Negotiations concerning Israel-Palestine now revolve around economic/basic rights, not self-determination.

No mainstream peace plan stipulated that Israel would ever absorb more than a symbolic number of Palestinian refugees, but previously, this was something to be determined in negotiations, a card to play in exchange for something else.

The Palestinians can not possibly negotiate a deal that meets even their most minimal demands under these conditions. This means the occupation will persist & so will the immense human suffering it entails. Land theft, closures, arrests, daily humiliations, no free movement, etc.

Unlike its predecessors, the Trump administration has been willing to refuse to accept the old rules in the Israel-Palestinian standoff and, because of that, has a real chance at forcing the Palestinians to accept a final settlement of some kind while they still have anything to bargain with.

For background on UNRWA, I’d encourage you to read this (pro-Israel) thread:

For the politics going on, and to enjoy some real good butt-hurt, read this (pro-Palestinian) thread on how we got here and how the Trump administration is forcing the Palestinians into obscurity, via either a final settlement or total irrelevance.

THREAD: The Trump Administration is reportedly going to slash funding to UNRWA and force it to either disband or change the way it defines Palestinian refugees. This is will be a long thread that helps explain how we got here. 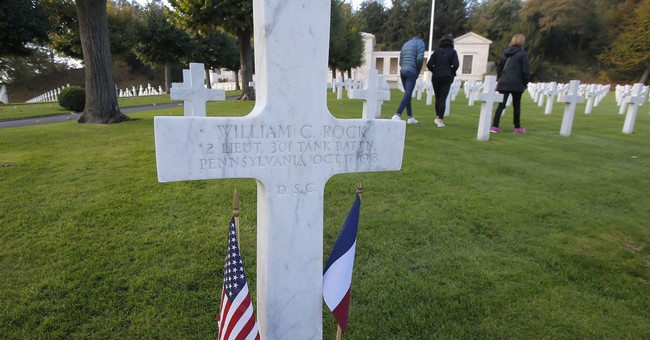 Why is Klobuchar still involved in the Myon Burrell case?