A couple of days ago, Democrat political guru James Carville gave an extended interview on MSNBC. It was some powerful stuff. I’ve always had an admiration for Carville, of a kind. I think his politics are loathsome and designed to reduce as many Americans as possible to dependency upon the government for their survival, but he is a Democrat so that is sort of baked in. But his keen understanding of America and the American voter is invaluable. He’s not a guy to engage in happy talk and self delusion. He a cold-eyed realist about everything.

My colleague, Alex Parker, hit part of the interview at the time.

Now, thanks to an extended interview Carville gave to some guy from Vox who I must admit to having never heard of before an hour or so ago, the interview is getting a lot more attention.

Sean Illing: Why are you “scared to death” about the 2020 election?

James Carville: Look, the turnout in the Iowa caucus was below what we expected, what we wanted. Trump’s approval rating is probably as high as it’s been. This is very bad. And now it appears the party can’t even count votes. What the hell am I supposed to think?

I’ll just say it this way: The fate of the world depends on the Democrats getting their s**t together and winning in November. We have to beat Trump. And so far, I don’t like what I see. And a lot of people I talk to feel the same way.

Sean Illing: Give me an example of what you mean by distractions.

James Carville: We have candidates on the debate stage talking about open borders and decriminalizing illegal immigration. They’re talking about doing away with nuclear energy and fracking. You’ve got Bernie Sanders talking about letting criminals and terrorists vote from jail cells. It doesn’t matter what you think about any of that, or if there are good arguments — talking about that is not how you win a national election. It’s not how you become a majoritarian party.

The Republicans have destroyed their party and turned it into a personality cult, but if anyone thinks they can’t win, they’re out of their damn minds.

Let’s pause for a moment. First off, Carville massively understates the craziness the Democrats are pushing. Of Biden, Warren, and Sanders, the only one who hasn’t endorsed letting male prisoners who identify as female serve their time in a female prison and have the government pay for sex-change operations for prisoners is the freakin communist. To my knowledge, Buttigieg hasn’t weighed in on this burning issue but I’d be willing to bet on where he stands. Warren has even said her next Secretary of Education will be chosen by a teenage transgender student. These people are actually trying to put variable pronouns into federal law. And the reason that no one in the Democrat party is making hay about Trump at Davos is because the overlords of the Democrat party want to be part of the Davos crowd and won’t defend them. The ‘cutting Medicare’ has been part of the Democrat playbook since Reagan, Trump didn’t actually say that, but Carville knows the impact that has in an election and he knows the media will carry his message, true or not. Just as a side note, the GOP is no more a personality cult than the Democrats under Obama…or Clinton.

Sean Illing: I wouldn’t endorse everything every Democrat is doing or saying, but are they really destroying the party? What does that even mean?

James Carville: Look, Bernie Sanders isn’t a Democrat. He’s never been a Democrat. He’s an ideologue. And I’ve been clear about this: If Bernie is the nominee, I’ll vote for him. No question. I’ll take an ideological fanatic over a career criminal any day. But he’s not a Democrat.

This, right here, is why Sanders can’t get the nomination. He’s not part of the Democrat power elite and he poses a direct threat to the ability of the Democrats to even pretend to be sane. All that talk of a brokered convention? Bullsh**. Not going to happen. The Democrats know if they screw Sanders at a convention that a third of the Democrats will stay home in November so he has to lose the primary election and there you have your explanation for Mike Bloomberg entering the

Sean Illing: A lot of threads there. First, a lot of people don’t trust the Democratic Party, don’t believe in the party, for reasons you’ve already mentioned, and so they just don’t care about that. They want change. And I guess the other thing I’d say is, 2016 scrambled our understanding of what’s possible in American politics.
Are we really sure Sanders can’t win?

James Carville: Who the hell knows? But here’s what I do know: Sanders might get 280 electoral votes and win the presidency and maybe we keep the House. But there’s no chance in hell we’ll ever win the Senate with Sanders at the top of the party defining it for the public. Eighteen percent of the country elects more than half of our senators. That’s the deal, fair or not.
So long as McConnell runs the Senate, it’s game over. There’s no chance we’ll change the courts and nothing will happen, and he’ll just be sitting up there screaming in the microphone about the revolution.

The purpose of a political party is to acquire power. Alright? Without power, nothing matters.

Bingo. Without power you can just take your closely held federalist principles and go start an online newsletter or something because you are never going to implement policy or even defend your principles without power. The Founders knew that, that’s why we have the First and Second Amendments. That the NeverTrumpers can’t grasp this simple concept illustrates why they are not serious people and should have no place in any future coalition because they’d prefer to lose so long as they can engage in virtue signaling. Carville is correct in that the Democrats seem more intent upon impressing the online left than actual voters.

Sean Illing: So your complaint is basically that the party has tacked too far to the left?

James Carville: They’ve tacked off the damn radar screen. And look, I don’t consider myself a moderate or a centrist. I’m a liberal. But not everything has to be on the left-right continuum. I love Warren’s day care plan just like I love Booker’s baby bonds. That’s the kind of stuff our candidates should explain and define clearly and repeatedly for voters and not get diverted by whatever the hell is in the air that day.

Here’s another stupid thing: Democrats talking about free college tuition or debt forgiveness. I’m not here to debate the idea. What I can tell you is that people all over this country worked their way through school, sent their kids to school, paid off student loans. They don’t want to hear this s**t. And you saw Warren confronted by an angry voter over this. It’s just not a winning message.

The real argument here is that some people think there’s a real yearning for a left-wing revolution in this country, and if we just appeal to the people who feel that, we’ll grow and excite them and we’ll win. But there’s a word a lot of people hate that I love: politics. It means building coalitions to win elections. It means sometimes having to sit back and listen to what people think and framing your message accordingly.

That’s all I care about. Right now the most important thing is getting this career criminal who’s stealing everything that isn’t nailed down out of the White House. We can’t do anything for anyone if we don’t start there and then acquire more power.

Can I say one more thing about the cultural disconnect?

James Carville: I want to give you an example of the problem here. A few weeks ago Binyamin Appelbaum, an economics writer for the New York Times, posted a snarky tweet about how LSU cancelled classes for the National Championship game. And then he said, do the “Warren/Sanders free public college proposals include LSU, or would it only apply to actual schools?”
You know how f**king patronizing that is to people in the South or in the middle of the country? First, LSU has an unusually high graduation rate, but that’s not the point. It’s the goddamn smugness. This is from a guy who lives in New York and serves on the Times editorial board and there’s not a single person he knows that doesn’t pat him on the back for that kind of tweet. He’s so f**king smart.

Appelbaum doesn’t speak for the Democratic Party, but he does represent the urbanist mindset. We can’t win the Senate by looking down at people. The Democratic Party has to drive a narrative that doesn’t give off vapors that we’re smarter than everyone or culturally arrogant.

The Democrats have no monopoly on this kind of pig-ignorant arrogance. Our only saving grace is that, at least for this election cycle, the GOP elitists and globalists are sitting it out or lending their insights to the Democrats. As talkshow host and Twitter personality Jesse Kelly noted after the March for Life where President Trump made a personal appearance, President Trump is not ashamed of his base. The Vichy GOPers and the Democrat elite are.

Sean Illing: Are you confident that any of the remaining candidates can beat Trump?

James Carville: I don’t know, I just don’t know. I’m hoping that someone gets knocked off their horse on the road to Damascus.

Not going to happen…

Thank you James Carville for letting us know that dumb Democrats aren't being respectful enough of reg'lar folks, what an insightful take I've never heard before, if only they could do something like this victory would be assured. pic.twitter.com/mgi2RRenYG

Carville has done a masterful job of identifying the problem but the chances of any Democrat being able to follow this advice and survive politically is exactly zero. They’ve created this far left Marxist monster that is devouring them. We can only hope it doesn’t devour us as well. 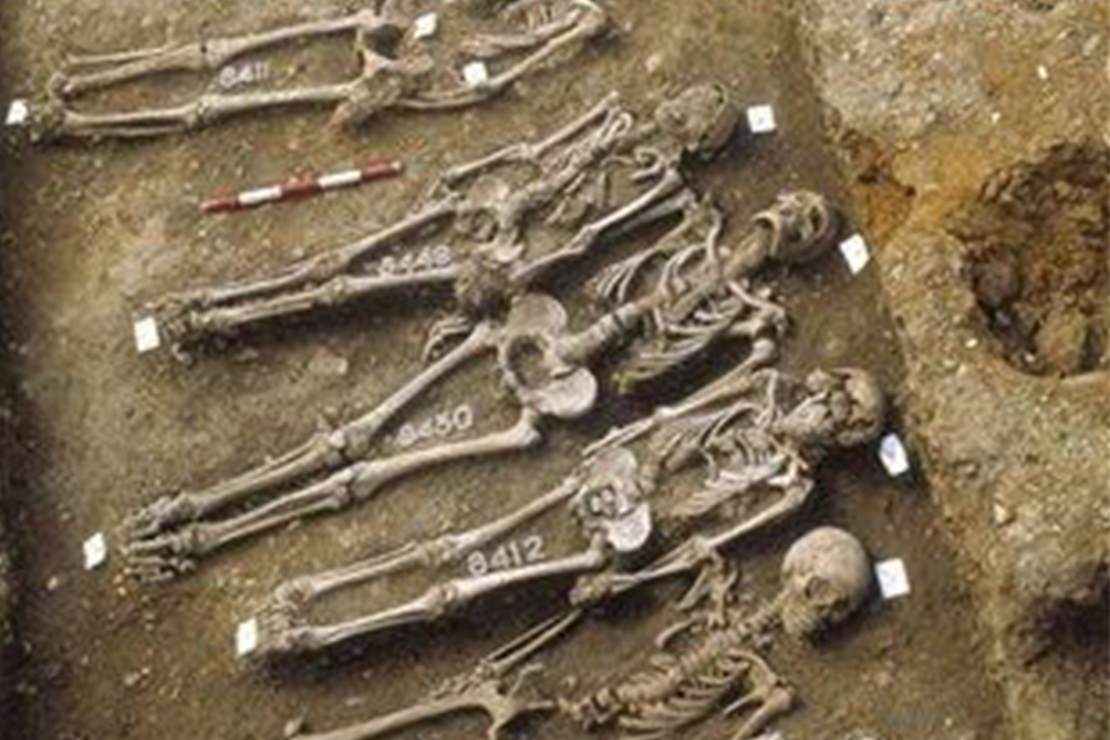