New York Gov. Andrew Cuomo speaks during a news conference alongside the National Guard at the Jacob Javits Center that will house a temporary hospital in response to the COVID-19 outbreak, Monday, March 23, 2020, in New York. New York City hospitals are just 10 days from running out of “really basic supplies,” Mayor Bill de Blasio said late Sunday. De Blasio has called upon the federal government to boost the city’s quickly dwindling supply of protective equipment. The city also faces a potentially deadly dearth of ventilators to treat those infected by the coronavirus. (AP Photo/John Minchillo)

Last week, I posted on the fact that the USNS Comfort, now moored in New York harbor, had treated a total of 18 patients.

The concept behind the much-ballyhooed deployment of the Comfort to New York was that it would treat run of the mill patients freeing up the fixed site hospitals to cope with the ‘surge’ of Wuhan virus patients which, we were assured by very, very smart people, would overwhelm the existing medical system in New York. 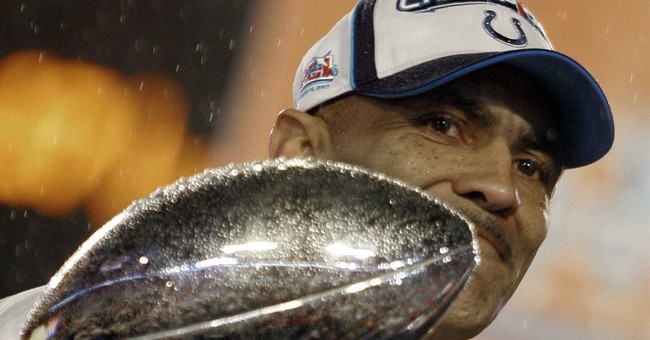 …and wearing his brown trousers to press conferences where he demanded thousands of ventilators, etc., etc., ad nauseam.

Along with the USNS Comfort being deployed, the Javits Center in NYC was converted into a temporary hospital facility with the same mission as the Comfort.

How’s that working out?

The military-run hospitals at the Javits Center and onboard the USNS Comfort remain mostly empty — so far treating only 110 patients between them, Pentagon officials said Tuesday.

Both facilities were established in New York after Gov. Andrew Cuomo and Mayor Bill de Blasio begged for federal support last month to manage the spiraling outbreak of the coronavirus, but they have been hampered by logistical and communication constraints, officials said. Javits, the sprawling convention center on the West Side of Manhattan, has a capacity for 2,500 people but so far has 66 patients. The Comfort, the Navy hospital ship docked in the Hudson River, has 44 patients out of a capacity for 500.
…
The Comfort is staffed by 1,000 medical personnel, while Javits has a medical staff of 917.

The facts on the ground call this deployment into question. In Cuomo’s press conference yesterday he announced that only 200 new Wuhan-related hospitalizations were recorded bring the total number of hospitalizations in New York to 18,279 since March 1. Keep in mind that this is the total number of hospitalizations, not the number hospitalized yesterday, and it does not reflect discharges. The technical term for this is ‘boondoggle.’ Nearly 2,000 trained medical personnel have been sitting on their hands for nearly a month because one governor panicked and demanded an inordinate number of resources based on nothing more than political expediency and bullsh** models.

According to the article, the plan is now to begin moving Wuhan patients to the Javits Center and Comfort to allow NY hospitals resume normal operations (oddly enough, this crisis has actually resulted in many hospitals laying off staff as elective and non-emergency procedures have been canceled). Trump should resist this effort. The medical staff and the USNS Comfort are national resources. They are only in New York because there was a claim that New York’s health care system was about to be crushed. That claim has been proven bogus and these personnel and equipment should be returned to control of the National Command Authority to deploy should the Doomsday claims about this virus actually prove true someplace else.