Matt Gaetz Lays It All Out in a Martha MacCallum Interview

Rep. Matt Gaetz (R-FL) appeared on Martha MacCallum’s show on FNC Wednesday night to comment on the House Judiciary impeachment hearings. Here is some of the Q&A:

Gaetz: Well, I think the Democrats had a tough day today in the House Judiciary Committee. I think they thought that bringing us into the faculty lounge of America’s law schools would somehow motivate Americans to support an impeachment that they haven’t supported, for the most part. in the last three weeks, Democrats have seen public opinion for their impeachment effort diminish, not enhance, and I don’t think that you saw anything today that’s gonna help them in that regard.

MacCallum: One of the things that was kind of an interesting moment – and you called it mean – I’m going to play your response in a second – was when we heard Professor Karlan tried to claim the President was a king, and then she made a snide remark about Barron Trump, the President’s son. And you came back at her with this (video clip):

MacCallum: She later apologized for that, but I think you know beyond the obvious insensitivity of what she said, is that it revealed the emotion, and it’s fair to unravel as you went through the afternoon as to where these professorial constitutional scholars were coming from.

Gaetz: These were not dispassionate people invited by the Democrats at least analyzing the law and facts. They’re advocates. As I pointed out, the Democrat witnesses – the majority of them – are donors to Democrat campaigns, they have written extensively about impeachment, and even the gentleman from Harvard writing articles that the President should be impeached for criticizing CNN, for pardoning Sheriff Joe Arpaio, and for several of his tweets about wiretapping. And so it seems as though there would have been no impeachment theory that they wouldn’t have supported.

MacCallum: Let’s play this from the Harvard law professor, Noah Feldman, on the abuse of power, which was really the thrust of their argument to day. Watch this…

MacCallum: Looking at it from the Democrat perspective for a moment here, they look at your line of questioning and say, so why didn’t you defend the President on this issue of abuse of power. You spent most of your time going after them as partisans, and trying to undermine their argument that way, but you didn’t try to dismantle their argument that the President abused his power. Why not?

Gaetz: Cause I only had five minutes, Martha, but I think there is a lot of evidence to support the President’s reasonable and well-founded suspicion that there was corruption in Ukraine. I think the best evidence probably came from George Kent, who said that Burisma was so corrupt that our embassy had to pull out of a public-private partnership to avoid any association with them. In fact, the Obama administration was so concerned about Hunter Biden’s association with Burisma, that when they were prepping their ambassador for her confirmation hearing that they had to spend special time on this issue, and I would suggest that Professor Feldman’s argument would be more credible if he wasn’t so willing to reflexively support impeachment in every case of legitimate exercise of  presidential power.

MacCallum: Well, I just thought it was interesting, and I was sitting there watching most of the coverage today, and I saw very little in terms of an effort on the part of Republicans to try to dismantle their arguments on substance.

Gaetz: Well, I made substantive arguments. I referenced the testimony of Taylor, of Hale, of Vindman, of Hill, and I pointed out where a lot of the undergirding of the argument that there had been abuse was not based on first-hand knowledge. It was based on people’s perception and belief about what was going on around them, not what they had witnessed and observed.

Rep. Gaetz exposed the three witnesses as the Democrat hacks they really are – all predisposed to impeach President Trump no matter what. And Democrats expect to move the needle by the kind of performance we saw in Wednesday’s hearing? I mean, those “witnesses” didn’t witness ANYTHING, as they admitted when asked by Gaetz if they had any direct material evidence of presidential conduct warranting impeachment. What was the point of those three testifying, as they didn’t present any evidence?

It ain’t gonna happen, Democrats. They’re apparently focusing on “abuse of power” as the catch-all transgression, but that doesn’t translate into any real crimes or impeachable offenses on the part of the President. And I don’t think that phrase has been poll-tested by the Democrats either, as most people haven’t seen any evidence of that behavior during these hearings. 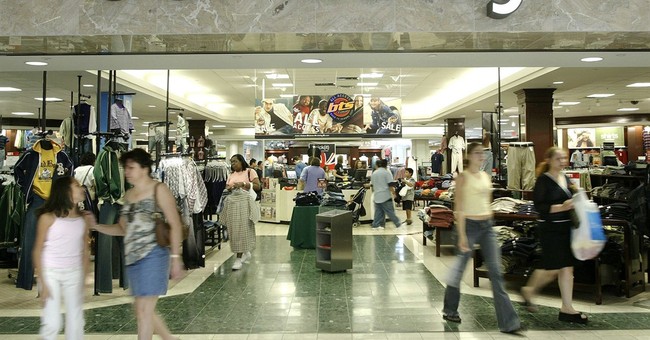