“A Pattern of Abuse of Power”

Sen. Ted Cruz (R-TX) did all Americans a great service during his questioning of DoJ Inspector General Horowitz about his FISA abuse report on Wednesday. While Democrats and Democrat operatives in the media were all a-dither about Horowitz’s declaration that his team did not find evidence of political bias in initiating the investigation into the Trump campaign in 2016, they willfully ignored the serious (willful?) malfeasance committed by the FBI’s Crossfire Hurricane (CFH) team, as detailed by Cruz. Here is some of what he said:

This report lays out what I consider to be a stunning indictment of the FBI and the DoJ of a pattern of abuse of power. … This pattern of facts makes me angry and makes anyone who expects law enforcement to be non-partisan and faithful to the law … it should make them angry, too. Now the press has focused on your specific conclusion that you did not find political bias. That’s a judgment you have … I disagree with that judgement. But I think that judgment is in many ways the least significant component of this report. I think the facts that are in this report need to be understood, and they should be deeply chilling to anyone who understands the facts in this report. And then people can draw the inference into why that pattern of abuse occurred.

[Horowitz: the purpose of this report is to lay out the facts for the public and everybody to debated and decide what they think of this information. I absolutely agree (with Senator Cruz).]

So this 434-page report outlines 17 major errors and misstatements that were made by the FBI or DoJ in security FISA warrants. A number of the are deeply, deeply troubling. These are not typos, these are not small inadvertent errors, these are grotesque abuses of power. Let’s focus on a couple of them.

The primary sub-source – and indeed the first error you noted in the first, second, third, and fourth (FISA warrant) application – is that primary sub-source reporting raised serious questions about the accuracy of the Steele dossier, which we now know was a bunch of malarkey – to use a term that’s been in the news lately – and that the FISA court was not informed of that. Now let’s get specific. So the BASIS of this Steele report was what’s referred to in your report as the primary sub-source. That’s the principal basis (for the Steele report), and the FBI interviewed that sub-source three times – in January, March and May 2017. So that’s the basis of this dossier. … The interview of the primary sub-source raised “significant questions about the reliability” of the Steele report. According to your report, “Steele misstated or exaggerated multiple sections of the reporting.” It says that portions of the reporting, particularly the more salacious and sexual portions, were based on “rumor and speculation.” It says that some of the speculation came from conversations with “friends over beers” and statements that were made “in jest.”’ And the primary sub-source also said to take the other sub-sources “with a grain of salt.”

Now the FBI had that information … knew that the basis … this sub-source was saying this dossier was unreliable … What did the FBI and DoJ do in renewal application #2 and #3? The FBI advised the court that “the FBI found the Russian-based sub-source to be truthful and cooperative,” with ZERO revision. You note that as the most significant misstatement, and that is going in front of a court of law relying on facts that you know are unreliable without any basis. That was the number one (major error).

The number two major error in the applications was omitting Carter Page’s prior relationship. Now we have evidence that Carter Page functioned as a source for a US intelligence agency. That’s a pretty darn important fact. If you’re telling the FISA court that “hey, the fact that this guy Carter Page is talking to Russia is really suspicious,” while the fact is that he’s serving as a source for US intelligence agencies, is pretty darn relevant as to why he’s talking to Russians – because we have lots of sources that are talking to bad guys. And when you don’t tell the court that, you’re deceiving the court (which is a felony!). But it’s worse than just deceiving the court because – as the OIG report details – an assistant general counsel in the FBI altered on email … fabricated evidence … And reading from the OIG report, “specifically the words ‘and not a source’ had been inserted into an email.” And that email was then sent on to the officials responsible for the making the decision to go forward. And as the report said, “consistent with the IG Act of 1978 and following OIG’s discovery that OGC attorney had altered the email that he sent to the supervising agent that thereafter relied on to swear out the FISA application.”

So, a lawyer at the FBI creates fraudulent evidence, alters an email that is in turn used as the basis for a sworn statement to the court that the court relies on. Am I saying that correctly?

[Horowitz: that’s correct. That is what occurred.]

Now your have worked in law enforcement a long time. Is the pattern of a DoJ employee altering evidence and submitting fraudulent evidence that ultimately gets submitted to a court … is that commonplace? Is that typical?

[Horowitz: I have not seen an alteration of an email and impacting a court document like this.]

[Horowitz: they certainly would be considered for that if was an intentional effort to deceive the court. On this one, I’m going to defer because we noted here in the sentence that you indicated that we referred that over to the Attorney General and FBI director for handling.]

Third major omission that the DoJ or the FBI did not tell the court is that this entire operation was funded by the DNC … was funded by the Hillary Clinton campaign and by Democrats … It was an opposition research document. Look at some level, this is the most effective oppo research dump in US history because the DoJ and FBI were perfectly happy to be hatchet men for this oppo research dump. Now throughout every one of the (FISA application) filings, DoJ and the FBI didn’t inform the FISA court that this was being paid for by the DNC and Hillary Clinton campaign. Is that right?

[Horowitz: that’s not in any of the FISA applications.]

So they didn’t tell the court that. And it’s not like DoJ didn’t know. Indeed, one of the senior DoJ officials, Bruce Ohr, his wife worked at Fusion GPS, the oppo research company being paid by the DNC. And he became the principal liaison with Steele without telling ANYONE at the DoJ that he was essentially working on behalf of the Clinton campaign.

By the way, it’s interesting seeing several Democrat senators wanting to defend this abuse of power. Several senators… Sen. Feinstein said “the FBI didn’t place spies in the Trump campaign.” Sen. Leahy said something similar. Well, that may be true about not spies IN the Trump campaign, but reading from your report … your report says “thereafter, the Crossfire Hurricane team used the intrusive techniques including confidential human sources to interact and consensually record multiple conversations with Page and Papadopolous, both before and after they were working for the Trump campaign, as well as on one occasion with a high-level Trump campaign official who was not the subject of the investigation.” So they didn’t place spies IN the campaign, but they sent spies to record senior Trump campaign members in the middle of the presidential campaign when that candidate was the nominee for the other major party that was the opposing party to the one in power. Is that right?

[Horowitz: they sent confidential human sources in to do those…]

[Horowitz: based on what we found, nobody had been told in advance. The only evidence that somebody knew were the line attorneys in the (FBI National Security Division) when they were told that what had occurred. Nobody knew beforehand; nobody had been briefed. And frankly, that was one of the concerning things here, was that nobody (apparently) needed to be told.]

From my time at DoJ, any responsible leader – when you’re talking about sending in spies and a wiretap on any presidential nominee – should say “what in the hell are we doing?” And by the way, the people up the chain that are saying “we didn’t know that” … if you had responsible leadership, there’s no more important decision that you can make. I’ll tell you that when I was at DoJ, if someone had said “let’s tap Hillary Clinton, or let’s tap Bill Clinton or John Kerry,” the people there would have said “what in the hell are you talking about?” What was going on here wasn’t Jason Bourne. This was Beavis and Butthead.

Excellent job, Senator Cruz! Elaborating on those three major instances of malfeasance (they’re not simply “errors” as the Democrats like to call them) enables Americans to understand just how horrible the actions of the Crossfire Hurricane team – and everyone in the FBI and DoJ who touched those fraudulent FISA applications – really were.

The FBI KNEW that the dossier was B.S. and was sourced from a Russian (or two) through a Brit, no less, and they further omitted information on Carter Page in their FISA applications that would have nixed the warrants. There’s your foreign meddling in the 2016 election, Democrats! That wasn’t “incompetence” by the FBI and DoJ; that was malice aforethought. You are exactly right, Senator – it most certainly was a pattern of abuse of power.

Beast Mode: McConnell Releases Trial Schedule and Dems Aren't Going to Like It

Comey’s Tweets Have Been Deciphered!

To Prosecute or Not – That Is the Question 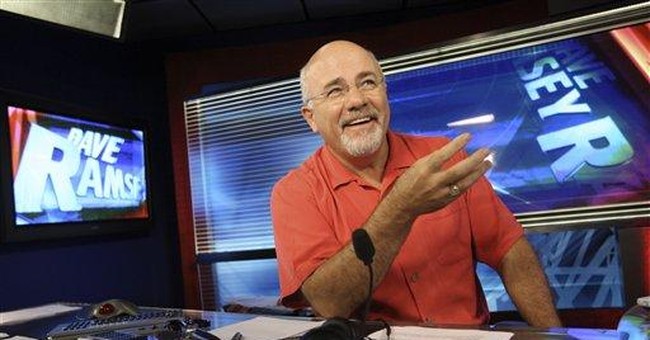 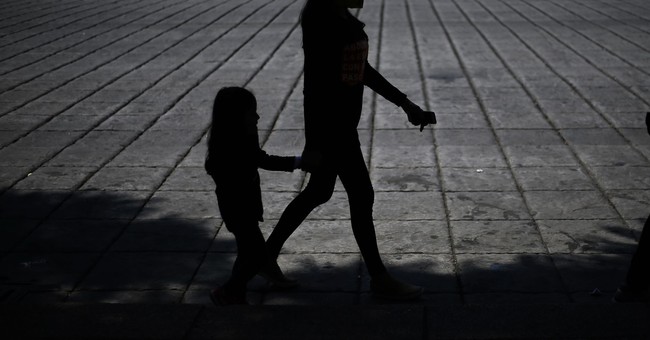