On 7 February, UK Prime Minister Boris Johnson appointed Dame Karen Pierce as Her Majesty’s Ambassador to the US. She is a seasoned diplomat, as this excerpt from her biography attests:

Karen Pierce has been the United Kingdom’s Permanent Representative to the United Nations in New York since March 2018. Prior to this role, Karen served as the Director General for Political Affairs and Chief Operating Officer of the Foreign and Commonwealth in London, from 2016.

Between 1996 and 2006, Karen held several positions in London including Team Leader for Ukraine, Belarus and Moldova, Deputy Head of Eastern Adriatic (Balkans) Department, Head of Newsroom, Head of EU Department (Bilateral) and concurrently Head of Afghanistan Political Military Unit after 9/11 before returning to the Balkans as Balkans Coordinator from 2002 to 2006.

In 2012, Karen started her second multilateral role, this time in Geneva, where she was the Ambassador and Permanent Representative to the UK Mission to the United Nations, World Trade Organization and Other International Organisations until 2015. Between 2015 and 2016 Karen was the UK’s Ambassador to Afghanistan.

I find her previous involvement with Ukraine to be most interesting, as I don’t believe there are such things as coincidences in the world of politics and diplomacy. I wonder what she knows about Ukraine corruption?

At any rate, she gave an interesting interview to Neil Cavuto on Fox News Channel on Tuesday. Here is some of the Q&A:

Cavuto: She will be the first woman to hold that prestigious title. That is a unique role. … How closely do you and fellow Brits watch what’s transpired in the United States right now?

Pierce: Oh, I think very closely. There’s a lot of interest all the way across Britain in what happens in America generally. At election time, it’s on our televisions, our radios, on social media all the time. People watch is closely because of the relationship, but they also watch it closely because it’s interesting, it’s lively. The debates are interesting.

Cavuto: Yours are much quicker … a 30-day campaign … the new person moves into 10 Downing Street immediately.

Pierce: That’s right. It’s a pretty brutal process and has been for time immemorial where as I understand that the US process was originally defined so that the president could travel from wherever he lived to Washington, so you have a longer transition. We have about an hour-and-a-half.

Cavuto: You mentioned about the impact in your country, what do you think about the populist movements – Boris Johnson, Brexit, Trump?

Pierce: I think there’s a big populist trend in a lot of politics in the West at the moment. You see it in other countries in Europe. It was in Brexit, which was 52 to leave and 48 to remain. But the current government [Boris Johnson] has a very broad base of voters who support it.

Cavuto: Even in areas where liberals were quite strong, right?

Pierce: Even in Labour areas, so when the Prime Minister went up (garbled), that used to be a seat that Tony Blair controlled.

Cavuto: Why did they (some of the liberals/labor) vote they way they did then? That’s like Massachusetts voting Republican.

Pierce: To hazard a guess, some people really wanted to be Brexit done. … There was also something about the government’s message of hope and optimism and opportunity that struck a chord with voters. Having voted to leave the European Union, they want to make the most of the opportunity that that presents.

Cavuto: It was an alarming style difference between the Labour Party leader Jeremy Corbyn and the Conservative Party leader Boris Johnson – who is an endearing figure in Britain. That did make a difference, didn’t it?

Pierce: Intuitively, if you have a prime minister who is open, vocal, getting out and about, I think people respond to that on a personal level. … I am a neutral; I have no views [she is a career diplomat who serves whoever is the prime minister].

Cavuto: The similarity between Boris Johnson and Donald Trump isn’t missed by many in this country. The two obviously get along. There have been some differences over Huawei, but what is your sense about the closeness of our leaders compared to prior times like Reagan-Thatcher?

Pierce: I think leaders on both sides of the Atlantic – whichever party they’re from – want to continue this deep and profound and successful relationship, and I think they try and go the extra mile for each other. Regardless of party, the two leaders try to have the strongest possible partnership, and that’s certain true of [Johnson and Trump]. They get along very well together. … They both want the same things – a safe and prosperous West, a way to have the rest of the world to be secure and prosperous – and we want to advance human rights. … We don’t always agree with President Trump – on Iran, for example – but we’re after the same goals. My new job is to take that relationship to the next level in order to deal with all the new challenges. When you think of AI, science, and cyber, there’s a lot of new things out there that we need to do

Cavuto: With this Brexit thing, everybody thought that Britain would collapse into a recession, but it’s not happening, is it?

Pierce: We never thought that. We want to go from strength to strength, and we want to do it in partnership with our friends in Europe and America.

End of the Q&A. Spoken like the career diplomat she is. A very smart and experienced woman. What is most interesting is her background, including at the UN and with Ukraine. Makes me wonder what issues will be discussed with President Trump as AG Barr’s investigation of Ukraine corruption and 2016 election meddling progresses. I wonder what she knows about #Spygate and GCHQ’s involvement, too. 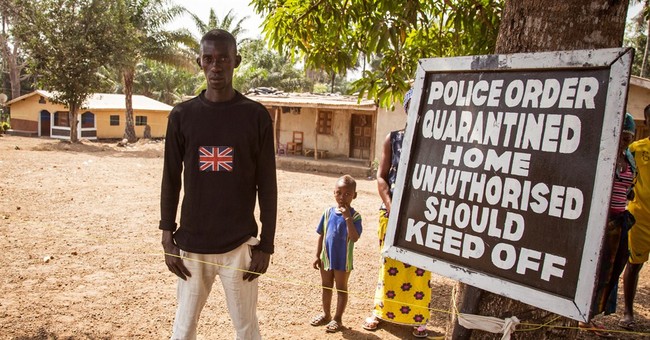