I don’t want to live on this planet, anymore.

In an attempt to stay relevant, the Barbie toy line has announced its new, “diverse” line of Ken dolls.

From The Washington Times:

The new Ken dolls released as part of Barbie’s Fashionistas line will be available in three different body types — broad, slim and original — and can sport a number of different looks, including a man bun cornrows and freckles, according to Mattel’s website.

“In 2016, Barbie introduced three new Barbie body types – tall, curvy and petite – along with new skin tones, eye colors, hairstyles and countless on-trend fashions and accessories,” the company said in a press release. “The Barbie brand has always reflected the times, so modernizing Ken is the next step in the brand’s evolution to offer more diverse products.”

This is about reaching today’s kids, as Barbie executive Lisa McKnight stressed.

“Evolving Ken was a natural evolution for the brand and allows girls to further personalize the role they want him to play in Barbie’s world,” she said in a statement.

Even if that means introducing a hipster, Gender Studies major Ken.

He’ll come with his own Prius and Starbucks coffee cup.

The company plans to introduce 15 new Kens and another 25 new Barbie dolls.

I could make a few jokes about diversity and detachable anatomy, but I won’t.

I don't even own Mattel's new man bun Ken Doll but he already told me the dangers of processed food and how Bernie would have beaten Trump. pic.twitter.com/rjxQQFiEfI 'I wonder what happened'! LA Times gets help connecting the dots about why 'California’s slide from coronavirus success to danger zone began Memorial Day' 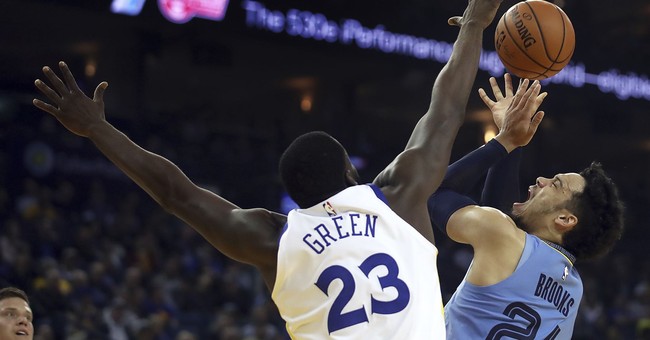