The Top Five Scream-Worthy Moments of 2017

It’s the end of another year. As is the tradition in this field, you can expect a lot of lists.

You’ll get your 10 Best this or your 10 Worst that… and I hate to be left out, so I’m jumping the bandwagon and offering my special year-end list.

This one was a tough call, considering the first year of a Trump presidency has pretty much disrupted everything that was once considered normal and dignified in our society.

These are the moments or occurrences that have caused me to cringe, facepalm, head-desk, audibly groan in disgust, or just scream at my computer screen over the past 12 months.

In an attempt to discredit the Washington Post’s reporting on Roy Moore’s past activities with uncomfortably younger girls, O’Keefe assigned a decoy to contact WaPo reporters, and to pretend Moore had gotten her pregnant as a teen, then convinced her to have an abortion.

The scam was to have WaPo rush the story to print, so O’Keefe and his outfit could leap from the shadows with their, “A-HA!” moment, and reveal the ruse, thus humiliating the paper and disproving all the stories that had been printed about Moore’s past.

It all fell apart when the reporters actually questioned the decoy, and insisted on checking her background, in order to verify her story.

It didn’t add up.

The gravy was when the woman was followed back to the Project Veritas office. All O’Keefe managed to do was prove that the Washington Post puts effort into keeping their work accurate.

The former governor, repeat-presidential candidate, and slavish Trump devotee’s Twitter page has become a graveyard of stale Dad jokes and effusive praise for all things MAGA. I’ve lost count, but it seems like he shoots off at least one really bad joke a day, and each one is as embarrassing as the last.

So awful are the Huck’s attempts at levity, that I often wonder if they’re serving as some form of protest. There’s no way he’s putting these out there with a legitimate sense that he’s got actual comedic skills.

With the new year, I can only hope somebody cares enough about the man to tell him he’s not funny.

I mean, I’m all for peaceful protests, but when your protests are so ill-conceived and disruptive to the peace and enjoyment of others, the right they have to enjoy the sanctity of their homes, then I have a problem with it.

In January of this year, just before the inauguration, around 200 LGBT activists congregated on the street outside of VP-elect Mike Pence’s home and took part in a rowdy “dance party,” blasting music and looking like idiots.

The street had been roped off to allow for the protest, and they never got close to Pence’s rented home, but the goal was to disrupt.

You don’t like Pence’s opinion and policies? Fine. He doesn’t like yours, either, but he’s not on your street at night, having a polka party.

In April, they were back at it. This time, in front of Jared Kushner and Ivanka Trump’s Washington, D.C. home.

As best as can be figured, their problem is the fact that Ivanka is her father’s daughter. Otherwise, they have a friend in Ivanka and Jared Kushner. As devoted Democrats, both are friends to the LGBT community, but that ignorance that follows the mob mentality gets in the way of those pesky facts.

Yeah. Keep drawing attention to the fact that you’re a fringe group, rather than members of the greater community of American citizens. That really wins people over.

He couldn’t thank Trump enough for the tax bill. He couldn’t honor Trump enough. He was breathless. Over about 3 minutes, you watched a man’s backbone crawl from his body, as his form began to puddle into the chair where he sat.

*This was reminiscent of the first full Cabinet meeting in June of this year, when Trump sat back and let each Cabinet member go around the table and take turns praising him.*

Then-Chief of Staff Reince Priebus took the title of Cabinet gimp at that time, as he thanked Trump for the “blessing” of being a part of his Cabinet.

Now Reince is out, and Mike Pence has taken over as the lead mewling fluffer, and he pulled it off as if he’d been a groveling lackey his whole life.

And the Number One moment of cringeworthy disappointment should be no surprise. It’s one I have been trying to hammer home since before the election, and things haven’t gotten better a year into Trump’s presidency.

Evangelical support of Trump – I didn’t understand how anyone could trade off their principles and the lessons of our Father on good leadership before the election. I still can’t. Now that Trump is in office and there has been very little changed, it becomes even more disheartening.

The proposed turning to a more reasonable, mature leader has not happened. He hasn’t become more disciplined, and a man that can refer to football players as “son-of-a-bi**h” in a crowded rally, with children present, is not a man who has a heart following after God.

He’s still just as abusive to those he views as opponents, and bears all the disturbing elements of a true megalomaniac.

All this, and respected faith leaders, like Franklin Graham not only rush to praise him, but even take on some of his more pugnacious attitudes towards a world God loves so much, that He sent His son to die for, that we might all be saved.

It’s not. In fact, Graham, Jerry Falwell Jr., Dr. Robert Jeffress, and a host of others whose bread-and-butter is to be shepherds for God’s people have probably done irreparable harm to their witness by throwing in so vociferously behind a man like Trump.

Today President @realDonaldTrump invited the press to stay for the prayer at his Cabinet meeting, saying, “because you need the prayer more than I do…” 1/3 https://t.co/iYosqHbVe0

Even though the President was joking and added that “Maybe a good solid prayer and they'll be honest,” I appreciate the fact that the President recognizes the value of prayer. 2/3

This is a man who publicly denied the need for God, yet, it’s a “joke” when he takes a jab at the press, saying they need prayer more than he does?

Graham has made multiple appearances on the state-run media network, Fox News, to praise Trump. He’s praised him on social media, and it’s damaging for the world to see, when Trump has gone out of his way to be offensive to so many, and Graham’s job, by virtue of the platform he has, is to avoid the appearance of political partisanship, in order to reach the lost.

It was a tough list to make out, and there were many Honorable Mentions. To name a few: 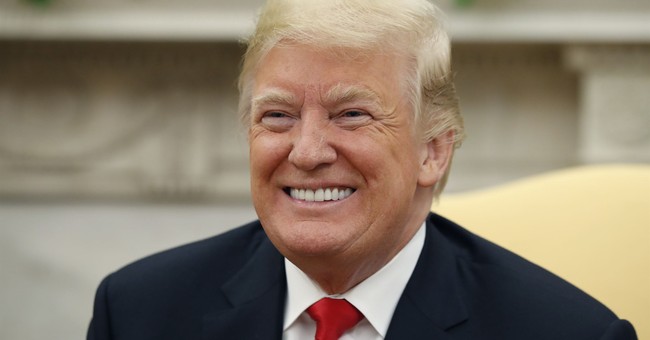