In addition to writing here at RedState, I run an online group for conservatives called Smart Girl Politics. We have a rollicking fun Facebook page and a private Facebook group (plus a podcast!), which I find to be the best way to stay in touch with conservatives at the grassroots level. Our members are on top of things and often uncover stories that don’t get much play in the mainstream media. It’s through one of SGP’s members that I found out about Penzeys Spices, a rabidly pro-abortion spice company whose social media presence makes one thing clear: conservatives and prolifers are not welcome at their business.

Not so much. Take one look at their Facebook page and things become clear: Penzys Spices is unabashedly unwelcoming to pro-lifers, conservatives, Republicans and Christians. Oh, and Penzeys will happily define who are true Christians. Spoiler alert: If you’re conservative and prolife, you are not a Penzeys Christian.

At Penzeys, there isn’t a spice that can’t be politicized. No, really. Need some spices for Easter? Here you go, along with a long political screed about how your version of Christianity is divisive.

Eight years of the Obama administration stomping religious liberty – oh, and that thing we like to call the Constitution – to smithereens wasn’t divisive, apparently.

Looking for pie spices in order to make a delicious pie for Pi Day? Try Penzeys Pie Spice. It comes with a heaping serving of climate alarmism at absolutely no additional cost!

“It’s Pi Day! March 14th (3.14) is a great day to celebrate the people of math and science who dedicate their lives to bringing us the truth of the real world around us. This year they need our support more than ever before, as those out to destroy the common good first work to undermine our nation’s belief in reality itself.”

As you’ll see in just a moment, the good people of Penzeys are vocally and shamelessly pro-abortion. Isn’t it all too typical to see liberals expounding on importance of science when it comes to the environment, but ignoring science completely when it comes to the unborn? 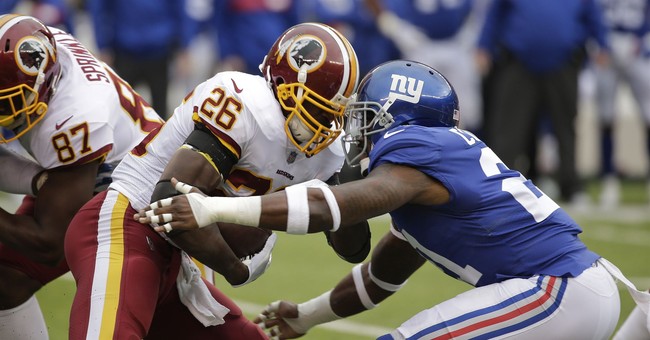 And then there are the Kind Heart pins.

Penzeys takes their heart-shaped corporate logo and turns it into “Kind Heart” pins. These pins are meant to reward people for their kindness. Woe unto you, however, if your kindness extends to unborn children. You will NOT be getting a Penzeys Kind Heart pin.

Who will be getting a Kind Heart pin, you ask? Well, anyone who marched in the Women’s March in January.

May 13 is the last day for free Kind Heart pins to 1-21-17 Women’s Marchers. And sorry, but no, this offer does not extend to those who attended January’s March for Life. And here’s why: I know that your intentions are good, but at some point you have to be honest about the outcomes set in motion by your actions. What you are supporting really does so much damage to young women and their children.

That’s right, folks. If you marched to save lives, you are damaging women and children. No pin for you! It’s totally okay, though, if you marched for love of abortion. You are kind and deserve a pin. I’ve included the entire nonsensical, pretzel-logic explanation for Penzeys corporate disdain for conservatives at the bottom of the post.

This is my favorite part of the Kind Heart pin rant:

Yes, the Women’s March did not welcome pro-life banners, but why would they? Just like it’s at odds with reality to be anti-abortion and pro-unwanted pregnancy, it would be equally at odds to be for the rights of women and then allow the March you put together to be a platform for those who want to take away the rights of women.

Yadda, yadda, yadda. It’s perfectly fine to exclude people whose values don’t match your own. We all know liberals think prolife women aren’t really women; they’ve said it to us plenty of times. You know what’s great about all of this? These posts are written by a man. Wait a sec, I thought liberal men (oxymoron, I know) weren’t supposed to have opinions about women and their bodies? This guy clearly doesn’t know his place.

Progressives are, of course, flocking to Penzeys, tears streaming down their faces, thrilled to finally find a spice company whose misplaced priorities match their own. Because the liberal biases prevalent in the media and entertainment industries aren’t enough, they need our spices, too.

Liberals want to have it both ways. They don’t want conservatives to feel welcome at their businesses, while simultaneously suing and harassing any business that they perceive as being unwelcoming of them. And it’s almost as if they don’t realize that this kind of hypocrisy played a yuge part in putting their nemesis, Donald Trump, in the White House. 'Who wants to tell him?' Clueless dolt Rob Delaney gets hilariously SAVAGE civics lesson on the Senate (puppets and crayons!)

How Trump Supporters are Taking on the Role of 'Peaceful Protesters'