Sometimes you read a story and just ask yourself…why did I just read that? When it involves the sorted love story of Bill and Hillary that is exactly what I just did.

Following up on what critics were calling a flat out boring night out when the “The Evening With The Clintons” wrapped up its national tour by giving away tickets and begging people to go, we now have a documentary about…

Who thought this was a good idea?

In this breathtaking expose, Hillary reveals that after Bill fessed up about the Monica affair that she wanted nothing to do with him. However, she still needed him to run for Senate in a state she barely knew anything about in 2000, so she decided to move on.

Ok, that last sentence I just made up but you know it sounds plausible.

From the Washington Examiner…

“I didn’t want anything to do with him,” Clinton said, appearing to tear up, in a trailer of the four-part series which premieres in March on Hulu.

The Clintons’ marriage faced a difficult period when Bill had an affair with White House intern Monica Lewinsky during his presidency. He initially denied the affair under oath, which led to his impeachment in December 1998.

Months earlier, Chelsea Clinton, who was 18 years old around the time the Lewinsky scandal played out, put herself between her parents as they walked to Marine One, seemingly holding them together.

“Chelsea put herself between us and held both our hands,” the former secretary of state recalled.

Now, of course, she didn’t want anything to do with him. That makes total sense and you almost have to feel bad for her on this. Except, she knew how he was and she was part of the smear machine during the 1992 campaign with the women who came forward accusing Bill of similar behavior. Hillary sold herself down the river being she really wanted the perks of being Mrs. Billary so the sympathy evaporates as quickly as a videotape of Jeffery Epstein’s cell on the night he died.

The person you have to absolutely feel like crap for is the kid. Chelsea had zero to say in any of this torrid affair and she acted like any other 18 yr old would have acted probably. I’m sure she was disgusted by her fathers’ behavior but she was trapped between him and Hillary, who could substitute as the iceberg that sank the Titanic. I would not envy that at all.

The person who you should never feel bad about at all, ever about this is good ole Bill. He knew what he was doing the whole time and he thought he was the southern JFK and could pull it off. The only problem was that JFK had Bobby clean up his messes and if Jack would have had a “blue dress” problem, that gown would have disappeared. Just like the video of Epstein’s cell the night he was murde ahhhh hung himself.

If only Bill would have brought Hillary in on the whole scheme, she could have cleaned it up.

Also if you own Hulu stock consider dumping it before this premiers in March.

I have a feeling the Clintons are going to kill this too.

If you are reading this, OF COURSE, you are already a VIP member here at Red State and we thank you very much for that. Your membership helps us not depend as much on those social media platforms that are not so friendly to conservative commentary. If you enjoy what we do here please consider telling your compadres about this and if they choose to give it a try use the code LADUKE to get an additional discount. Thank you very much and thanks once again for being a subscriber to the VIP section here at Red State and God Bless. 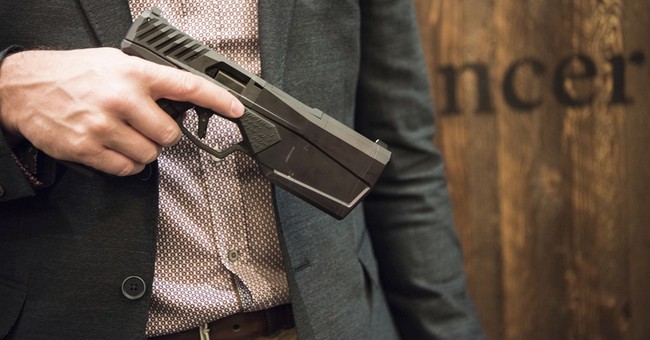 'This should go well'! Twitter reportedly experimenting with feature that would flag 'harmfully misleading' content with bright banners [screenshots]