The Politics Of Atrocity, The Atrocities of Politics

Thirty people were killed in Kunduz, Afghanistan last month when a Doctors Without Borders hospital was destroyed in an American air strike. The charity reports that doctors and patients alike were killed in the initial strike, some of the patients burned alive in their beds, but others were able to leave the hospital and flee on foot.

“Thirty of our patients and medical staff died [in the bombing],” Doctors Without Borders General Director Christopher Stokes said during a speech in Kabul unveiling a report on the incident. “Some of them lost their limbs and were decapitated in the explosions. Others were shot by the circling gunship while fleeing the burning building.”

Just days before the Republican debate this week, the news came out that those who fled were gunned by an American helicopter as they attempted to run to safety. The horror of Kunduz, as described by the organization that suffered the loss, is unimaginable.

For example, the report noted that “a patient in a wheelchair attempting to escape from the inpatient department … was killed by shrapnel from a blast.”

It also revealed that U.S. planes shot at staff members fleeing the hospital.

“Many staff describe seeing people being shot, most likely from the plane, as people tried to flee the main hospital building that was being hit with each airstrike,” the report said. “Some accounts mention shooting that appears to follow the movement of people on the run. [Doctors Without Borders] doctors and other medical staff were shot while running to reach safety in a different part of the compound.”

Again, this report came out on the November 5, only five days before the GOP debate. 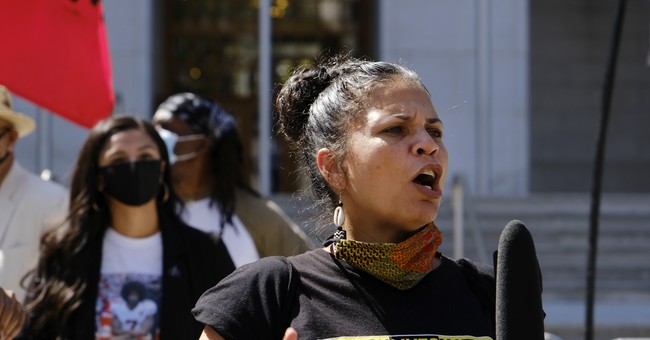 It is an incident that Doctors Without Borders has called a war crime. President Obama has acknowledged and apologized for it. The Pentagon has plans to make condolence payments. It is, in short, news. It is newsworthy, it is recent, and it is tragic and terrible. That’s why you heard about it in papers and on television stations. But there is one place you did not hear about it.

“Never let a good crisis go to waste.” That’s what they say. And by “they”, I mean Democrats. We’re all familiar with the phrase. It was most famously said by Rahm Emanuel, but Republicans know it’s a guiding principle of all Democrat campaigning. From Katrina to mass shootings to the Boston bombing to …

In 2004, America faced a moral crisis and a tide of resentment and anger at home and abroad over the torture and mistreatment of prisoners at Abu Ghraib prison in Iraq. That same year, John Kerry was running for President, and he made sure people heard about it. He made the incident part of his campaign. The DNC fundraised off of it. That military atrocity was fair game for Democrats running for office. And for pretty much any other Democrat who needed to score a few points, including another who aiming for high office a few years later.

On Tuesday night, Republicans had plenty of opportunity to bring up the destruction of the Doctors Without Borders hospital and the horror of Kunduz. The RNC has had ample time to fundraise. But despite the constant assurances from the mainstream media and the Democrats that Republicans will be opposed to anything, will attack anything, so long as it hurts Obama or Hillary, it didn’t come up.

It is not to say that Republican campaigns, or even the RNC, haven’t ever had questionable topics in fundraisers. (The Democrats would be quick to say Benghazi here, but of course, that would be absurd. The massacre of civilians by our troops is not remotely the same thing as the massacre of our troops by foreign civilians and terrorists. I’d love to hear Hillary or her supporters argue that Benghazi is comparable to Abu Ghraib.)

It is also not to say that Republican candidates don’t take the horror in Kunduz seriously or expect there to be answers and accountability.

It is merely a mater of the facts. The fact is that if the situation were reversed, if George W. Bush were President right now, and Tuesday night was a Democrat debate, without question it would have come up. They never let a good crisis go to waste, you know. Even if the candidates didn’t bring it up, you can bet the moderators would have.

Here’s a question. At that CNBC debate as they posed hypotheticals and speculated on the comic book quality of our candidates, why didn’t they name a failed Obama policy and ask how Republicans would correct it? Why didn’t CNBC ask “Senator Rubio, several weeks ago a Doctors Without Borders hospital was destroyed, and 30 doctors and patients were killed. It has since come to light that there were no Afghan fighters on the premises. If you become president, how would you address something like this, or prevent it from happening?”

But of course we know why the media didn’t ask that. It’s because when it’s a Republican in charge, those questions are “responsible.” When it’s a Democrat in charge, they are “reprehensible.”

But why didn’t the Republican candidates bring it up? Why not take the shot at Obama?

Because the Pentagon’s investigation isn’t complete. Neither is NATO’s. Because the sources of intel that prompted the strike is not yet settled. Our military members are exemplary and renowned the world over. They are professional. They don’t target civilians. The candidates didn’t take that shot because they know these things to be true. They didn’t because to them, scoring a few points at a debate isn’t worth trashing the integrity of men and women in uniform. A few extra dollars for the RNC isn’t a reason to call our troops murderers on the day before Veterans Day. On the day of the Marine Corps birthday. Not for Republicans, anyway. And it’s a good thing too, as news has broken just this morning about the intel behind the strike.

Let me make one more example. After the Haditha Incident, still referred to by Democrats as the Haditha Massacre – an incident where nearly all charges were dropped, one Marine was cleared at trial, and only one was convicted (for dereliction of duty), and for which no one served any time – Democrats talked about it endlessly, at least when press was around. Congressman Jack Murtha in particular and in a betrayal of the Marine Corps he once served, trashed the Marines as cold-blooded murderers of women and children. The Democrats did this for partisan gain. They did it to raise money. They did it to score points. The trials weren’t over, the investigations were not complete, but it didn’t matter. They used it as a cudgel against President Bush before they had the facts. This is what happened. I’d love to hear them say how it is different. I’d love to hear Hillary or her supporters argue that Kunduz is not comparable to Haditha.

There are many many more examples of Democrats throwing men and women in uniform under the bus to improve their own political fortunes. In fact, for eight years under President Bush, there was not a casualty in the Middle East that was not used as Democrat political weapon. Not a shot fired that wasn’t fired back rhetorically in the House, the Senate, or in campaigns.

In fact they are still doing so today, in this very election.

Why didn’t the horror of Kunduz come up at the Republican debate? Because Republicans aren’t Democrats. That’s why. It’s pretty simple.