It’s August 28, and this is your Sunday morning weekly poll round-up and real world Walking Dead warning. We’ve missed the last few weeks for reasons, but we’re back, we’re using weirdly out of place youngster slang, and things are as bleak as ever, fellow kids. So get your Maalox, put on some opera music, and let’s do this thing.

The daily tracker shows Secretary Hillary Clinton and Donald Trump trading the lead all week, generally within one point. This is a tie. It also shows that the number of votes being siphoned off by Gary Johnson and, to a much lesser extent Jill Stein (who is behind “other”) is approaching 10 percent.

NBC’s latest poll has Hillary with an 8-point lead over Trump, down insignificantly from about 9 points the last edition of the same poll. It’s a trend. 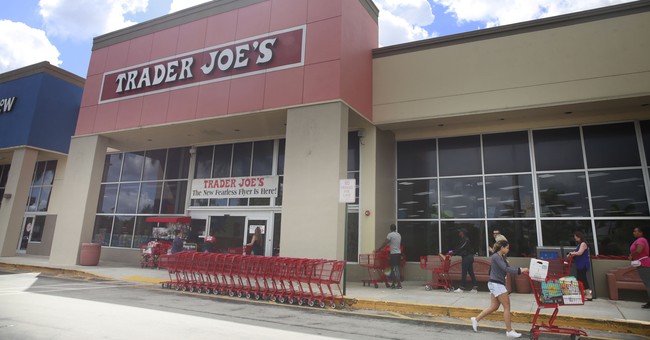 Johnson remains in double digits here, as in other polls.

Hillary added one point from the last poll, while Trump gained three.

Note that Hillary’s lead drops three points when you add in the third party candidates. Interesting difference from other polls.

The e-mail scandal and new accusations about the Clinton Foundation may be bedeviling Hillary Clinton, but Donald Trump appears unable to capitalize on them.

The latest weekly Rasmussen Reports White House Watch shows Trump losing ground: Clinton now holds a 42% to 38% lead among Likely U.S. Voters, up slightly from the 41% to 39% advantage she held a week ago.

Rasmussen notes Trump’s support is in the thirties for the second week in a row. Bro. Not good. They also reiterate the point I’ve made here several times, that Trump can’t capitalize on scandals that should be rocking, or rock-bottoming, Hillary’s numbers. Almost any other Republican candidate surely would have.

The poll has hilarious Breitbartian questions like “Do you agree or disagree? Donald Trump would fight for people like me.” A gigantic 51% disagree that he would. Ouch, right guys?

That’s some tough numbers for the Trump camp. Things can always change, but not many people think they will. And of course, there’s the matter of Trump’s previous suggestion that he’d drop out if his numbers tanked.

I think, though, the more significant moment in that video is Trump professing his full faith and belief in what the polls says. It’s something we’ve seen all through his campaign as he has touted and praised polling data over and over from the stage. Keep that in mind if Trump supporters start up again with the total nonsense about the polls being meaningless and Twitter activity being the real gauge. Even Trump doesn’t think that.

Martha MacCallum Nails the Barr Hearing: Dems 'Could Have Just Propped Up a Picture of Him and Yelled at It” You May Have Thought Things Couldn't Get Dumber, but a Bed and Breakfast and a Banner in Michigan Begs to Differ Tom Arnold attempts to discredit Andy Ngo and catches it right in the ratio; Don't 'believe him without checking' he says, in response to photographic evidence