It was a strange night at the Los Angeles airport. Passengers and others at the airport began tweeting about a security incident, which eventually led to reports of shots fired and possibly an active shooter in the airport. Police were on the scene and social media lit up. Even NBC Nightly News anchor Lester Holt was reporting it on social media.

Flights were grounded. Passengers were evacuated. To online observers it appeared to be a legitimate threat.

At LAX with an active shooter.. My wife and I dropped our bags and ran as fast as we could out of the terminal pic.twitter.com/XzHfV9FKA1

.
But everything was not how it appeared.

You see, eventually the police reported that “loud noises” in the terminal had caused a panic. Then later, officials at the airport tweeted that a man in a Zorro costume carrying a plastic sword had been arrested. So that settles that.

Passengers were evacuated from Los Angeles International Airport after reports of a gunman opening fire inside one of the terminals.

People at the airport claimed on social media that a man opened fire while near a baggage claim inside an arrivals terminal.

However, it has since been reported the scare was a false alarm, and video emerged of police converging on a man dressed as Zorro and armed with a plastic sword outside one of the terminals and arresting him.

The man in costume can be heard shouting at police, ‘it’s a plastic sword’ as they surrounded him with their guns drawn.

Before things got really crazy – a man in a Zorro costume with a plastic sword was arrested. pic.twitter.com/COdNEIb1pL

More from the Daily Mail:

The man who filmed the arrest said: ‘Cannot confirm that zorro man caused the ensuing chaos, but it would be one helluva coincidence.’

In a statement, the Los Angeles Police Department confirmed the false alarm.

‘Reports of a shooting incident at LAX have been proven to be loud noises only,’ a statement read.

Eventually the airport confirmed that an all clear was given just after 2am Eastern.

Loud noises and Zorro. Delayed flights and panic. An airport shut down and for what? Who made the call? Who told the airport police it was an active shooter? The chain of events is not yet clear, but what is clear is that air travel and air security are becoming absurd in the age of terror. You can’t fix it by fixing the airports. You have to fix the problem.

Eventually you have to stop bailing water out of the boat and actually plug the leak.

Either that, or ban Zorro costumes. Six of one …

Here are some tweets from people on the scene before it was cleared. 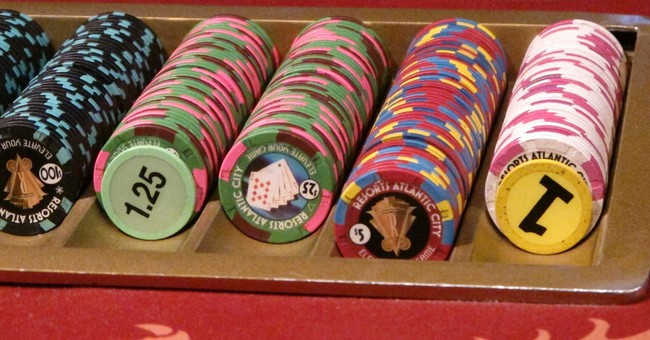 Strategic Investor: This Supreme Court Ruling Can Make You A Fortune In the Years Ahead