Shaky Ground: Giuliani Says He May Have Recused Himself Just as Sessions Did

Rudy Giuliani announced Wednesday he can understand Attorney General Jeff Sessions removing himself from the Russia probe, and he may have done the same.

The former mayor of New York indicated he would feel a conflict of interest, had he been in Sessions’s shoes. However, he noted, he never met with the Russian ambassador, as did Sessions.

Referring to Sessions’s recusal, which he declared on March 2nd of 2017, Giuliani told HuffPost:

“I would have considered it, sure. I told the President at the time that I just didn’t know what I would have done.”

Trump has previously indicated frustration with Sessions for not supporting him more loyally with regard to the Justice Department’s investigation into Russian electoral collusion. In a Wednesday morning tweet, Trump expressed anger, saying he wished he had never appointed the Alabama politician to the position of main legal advisor to the government.

….There are lots of really good lawyers in the country, he could have picked somebody else!” And I wish I did!

“I can understand why the President is frustrated by it. [He] would have every right to ask him to unrecuse himself.”

As for Trump firing Sessions, Giuliani said he isn’t in favor, particularly in light of improving poll numbers:

“He could, but he shouldn’t. Things are moving in his direction. … If you fire somebody, even though it’s legitimate, you’re just going to raise a lot of questions.”

Giuliani added Trump had initially offered him the position of AG, but he hoped for a different place in the Trump White House:

“He offered it to me. I didn’t take it because I wanted to be Secretary of State. I recommended Jeff as the perfect guy to do it.”

It seems, at least in the eyes of Donald Trump, he was way less than perfect.

For more backstory on this, see my article from earlier today, about Trump’s anger at Sessions. Also, check out Trump’s recent warning about Robert Mueller’s investigation and the tainting of the 2018 midterm elections. 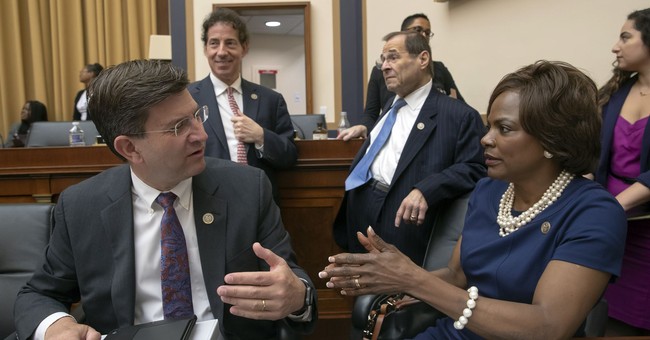