Comedy Central Writer Wishes for the Murder of Justice Kennedy

The violent rhetoric of the Left continues to escalate. Which is to say, their hypocrisy is becoming increasingly overt.

For years, they have claimed tolerance as a virtue while practicing nothing of the sort. Their actions have long ago veered from “give peace a chance.” The side which once pioneered the free speech movement has long ago traded such liberty for fascism.

Now, they are turning to notions of murder.

I wrote a piece on this a few days ago, referencing Maxine Waters’s speech, fantasies of rape and torture, and the potentially deadly destination of a dangerous trajectory (please see that article here).

Today offers another dark marker on the road to complete incivility (here is another one).

On Wednesday, Justice Anthony Kennedy announced he will be retiring next month.

With Trump at the helm to nominate a conservative justice, and with issues such as abortion and religious freedom on the line, the Left lost their minds.

Justice Kennedy’s retirement is a very dark day for the USA. Things are about to get a whole lot worse.

The Democrats better not allow seat to be filled!

i like to tell myself that the BBs might have allowed their better angels &/or their cooler heads to guide them to a more reasonable course of action, if they, like a lot of others, hadn’t gotten played by the Russians, & their Republican allies.
it might be true… 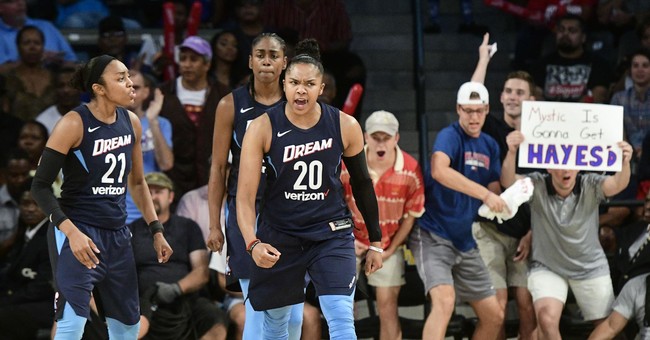 Enter Comedy Central writer Curtis Cook. He had a more extreme take on the issue, one I fear illustrates a radicalism which is, progressively, defining the Left:

“I wish this Kennedy had been shot instead of the other ones.”

You wish a Supreme Court Justice would of been shot. I've been shot that is a despicable thing to wish on anyone

He is advocating the murder of a human being. Not everything has to be politcal. He needs to be charged for his murderous threat.

Some were, apparently, more troubled by the stupidity of the tweet than its murderous assertion.

…and ironically gives Trump the ability to instantly replace him. I dont think he thought this tweet through.

Also he is advocating the murder of the most pro LGBT justice ever.. so…

Unhinged perspective takes quite a bit for granted. Reagan appointee who still was swing vote giving liberals some major victories that otherwise would've gone the other way. Monumentally misguided.

Have I, at any point covering this growing malady, seemed unfoundedly concerned? Hamilton Nolan, senior writer for Splinter News, doesn’t think so. On Monday, he made it clear that he hastens a day of violence:

“Read a recent history book. The U.S. had thousands of domestic bombings per year in the early 1970s,” wrote Hamilton Nolan, a senior writer for Splinter News. “This is what happens when citizens decide en masse that their political system is corrupt, racist, and unresponsive. The people out of power have only just begun to flex their dissatisfaction. The day will come, sooner than you all think, when Trump administration officials will look back fondly on the time when all they had to worry about was getting hollered at at a Mexican restaurant.”

And yet, the Right are supposedly the Nazis (see an incredible example of that characterization here).

We are headed into dangerous times, by those who are as impassioned as they are ignorant. They believe Donald Trump is Satan. And so are you (more on that here). Their only source of information is the biased media. They’re uninformed, deceived, and –worst of all — triggered. And their safe spaces offer no room for the truth.

What are your thoughts on this? Let me know in the Comments section below.

For another article on the topic, check out my piece on civility, and my article on Robert De Niro at the Tonys.

For something (kind of) totally different, here’s my Babylon Bee story. The Fragility of the Woke